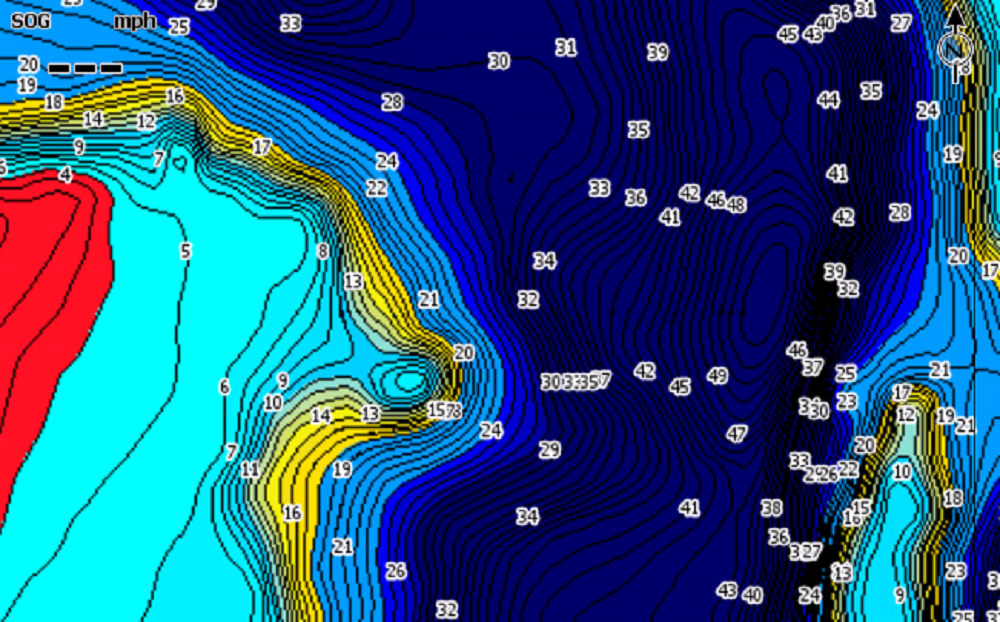 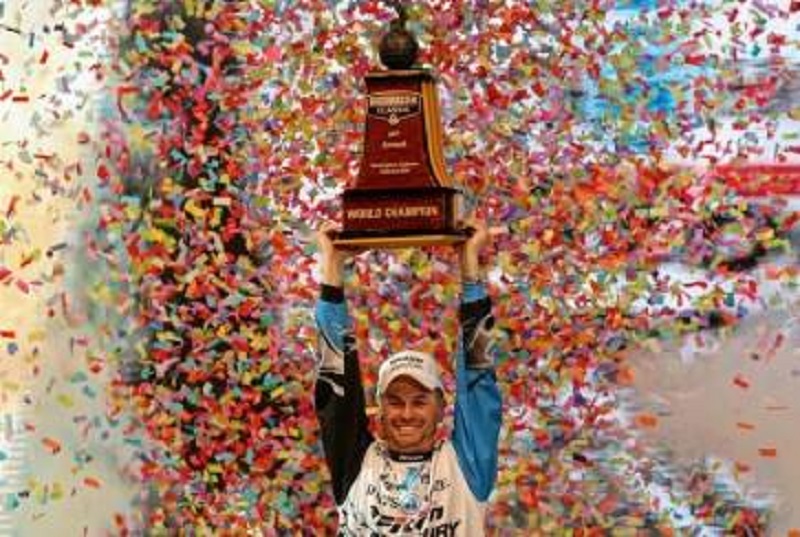 Winning the Bassmaster Classic is a dream come true for thousands of bass anglers. The event has prestige like no other derby and once you win, you are part of a small fraternity of winners. Winning a second Classic escalates you even further.

We talked with three past winners who are all gunning to win their second Classic and asked them how Lowrance will play into their strategies.

With this being a springtime event, finding shallow bass could be the way to win the event. Past winner Randy Howell plans to utilize mapping on his Lowrance units to key in on likely areas.

“With C-Map, (see above) it is really easy to break down the lake and eliminate water,” he says.

By highlighting specific depth ranges with different colors, Howell is able to easily see where to start.

“I use the depth shading and will change the colors in five or 10-foot increments. For example, I will probably have everything between five and 10-feet showing as red so it is easy to see,” he shares. “This will let me run up and down the lake and just look for shallow areas on the bank or shoals and bars that are in that depth. I don’t think deep water will play too much for this event so this makes it much easier to focus on one depth range.” 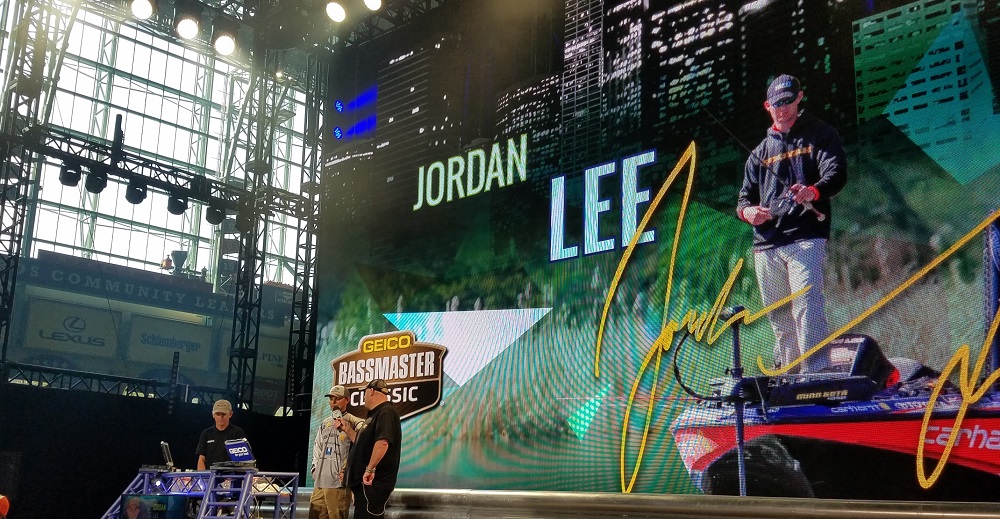 Last year’s winner Jordan Lee did not fish the Classic the last time they visited Hartwell, but he did spend some time there before it went off limits and much of that time was with his eyes glued on the screen of his Lowrance HDS Carbon units.

“I graphed around quite a bit and even though the fishing is really going to change between then and the tournament, it was good to find little out of the way places like brush piles,” he starts. “If you can find enough of those piles, no matter how big they are, you can have somewhere to start during the tournament or a place to go to if you just need one more bite.”

He uses StructureScan and sets it to read 100-feet to either side to cover vast amounts of water in a short period of time.

“Brush piles are high-percentage areas and they are always a place where you have a chance to catch a big one,” says Lee.

Lake Hartwell is a lake with plenty of docks and the bass gravitate to them year-round, but especially during the spring months. One of Lee’s plans of attack for the hundreds of docks is StructureScan which allows him to view what is underneath docks as he idles by.

He added that he marked many of them with waypoints and can focus on just what stood out to him to save time when he returns for official practice.

Using Lowrance as a Complement

Lee spends hours looking at Google Earth and then when he hits the lake, he can use his Lowrance 2D sonar to inspect the areas further.

“On a lake like Hartwell you have ditches and drains and that is where the baitfish like to stack up. They are easy to find with Google Earth by looking at pictures from when the water was low and then you can go back and use your sonar to see if the baitfish and bass are there,” he says. “The fish can be chasing bait from the bank out to 50-feet deep so it is important to have your graphs to zero in where to fish.” 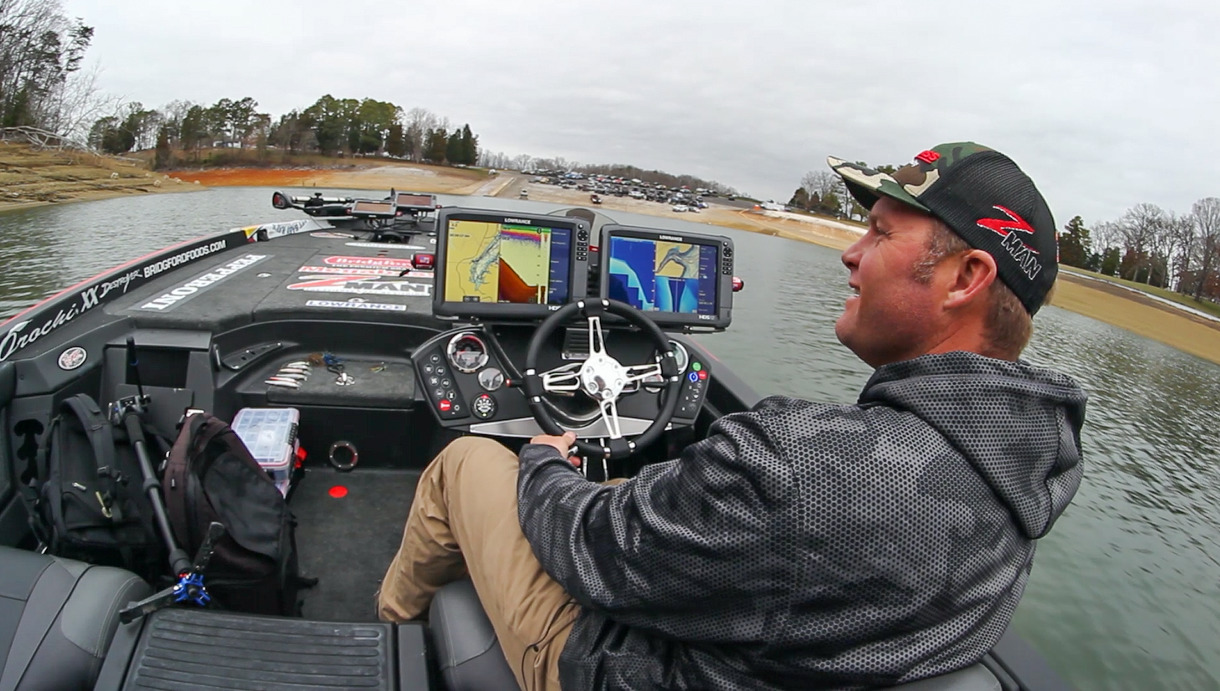 Washington’s Luke Clausen will be fishing his first Classic since he won in 2006 and wants nothing more to win his second in a row (albeit 12 years later) and believes that his electronics will be essential if he is able to do it.

“Today we rely on our electronics so much and each of the technologies Lowrance has helped me in some way. StructureScan is always important in the spring when you are looking for high spots and harder bottom where they spawn,” he begins. “If it turns into a bed-fishing event, we will also have to use our mapping to find flat areas and other spawning areas.”

If the fish haven’t quite hit the banks to spawn, he believes 2D Sonar and DownScan will be crucial for finding baitfish and the bass that follow.

“With Hartwell being a blueback herring lake, the bass are very nomadic and act differently than they do in many lakes we visit. They could be out suspended in deep water or just about anywhere in the lake where the herring are,” begins Clausen. “Without good electronics, you have no chance of finding the bass if they are roaming out there.”

READ RELATED: 7 Adjustments You Should Be Making To Get The Most Out Of Your Lowrance

There are many factors that play into winning an event as big as the Bassmaster Classic. Everything has to go right to win it and to do it twice is even harder. These three pros have done their research, developed their plans and hope to add a second Classic trophy to their mantles.