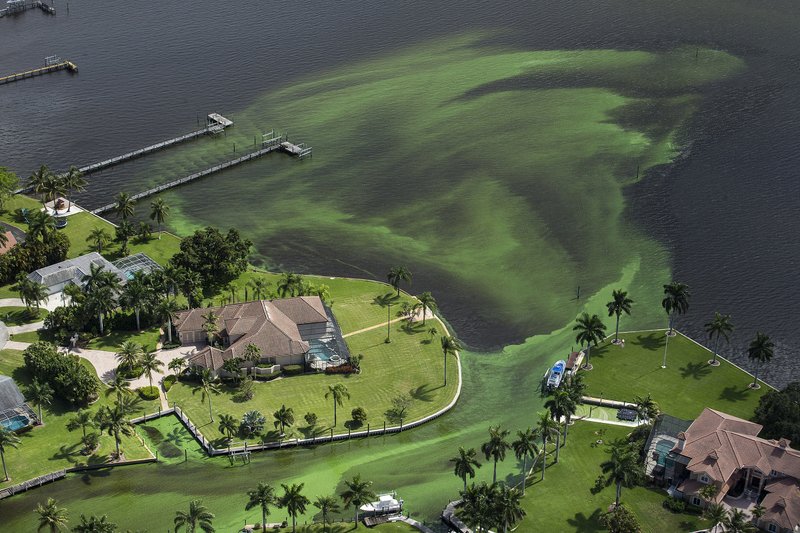 MONROE, Mich. (AP) — Competing in a bass fishing tournament two years ago, Todd Steele cast his rod from his 21-foot motorboat — unaware that he was being poisoned.

A thick, green scum coated western Lake Erie. And Steele, a semipro angler, was sickened by it.

Driving home to Port Huron, Michigan, he felt lightheaded, nauseous. By the next morning he was too dizzy to stand, his overheated body covered with painful hives. Hospital tests blamed toxic algae, a rising threat to U.S. waters.

“It attacked my immune system and shut down my body’s ability to sweat,” Steele said. “If I wasn’t a healthy 51-year-old and had some type of medical condition, it could have killed me.”

He recovered, but Lake Erie hasn’t. Nor have other waterways choked with algae that’s sickening people, killing animals and hammering the economy. The scourge is escalating from occasional nuisance to severe, widespread hazard, overwhelming government efforts to curb a leading cause: fertilizer runoff from farms.

Pungent, sometimes toxic blobs are fouling waterways from the Great Lakes to Chesapeake Bay, from the Snake River in Idaho to New York’s Finger Lakes and reservoirs in California’s Central Valley.