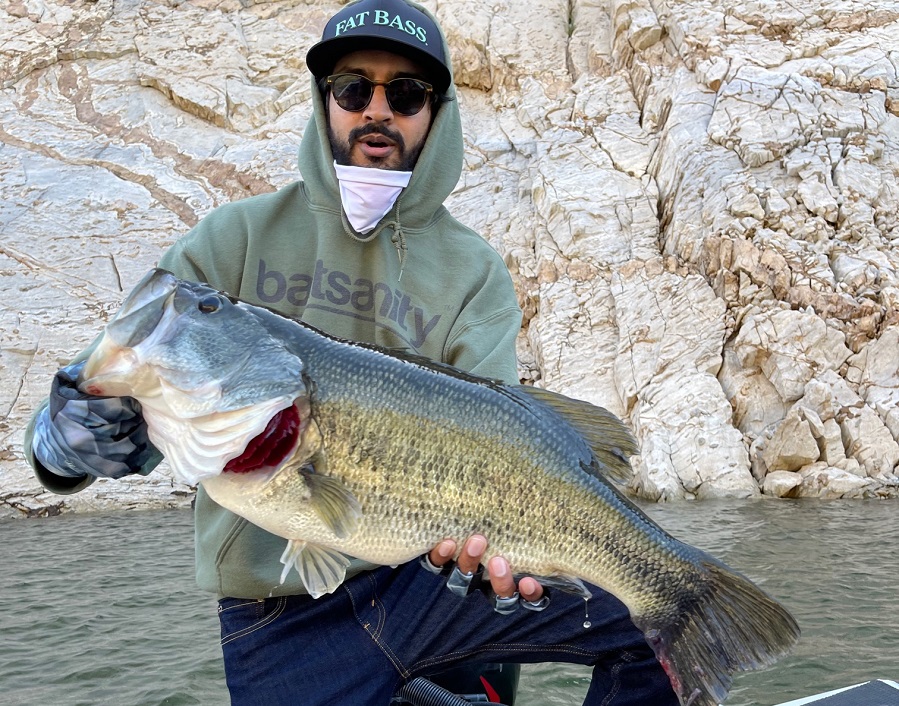 The summer heat has rolled in on New Melones and we had temperatures almost reaching the triple-digit mark.

Each year we catch some big fish during these months, however it is not generally a time to catch true giants. Many fish are spawned out and weigh substantially lighter than the spiring months.

On Saturday June 5th, I had a unique guided trip scheduled. I met the owner of Baitsanity Swimbaits, Fahad Baseer at the launch in the early morning as we set forth for our third trophy bass trip of the year.

Fahad and I met early this spring and almost instantly became friends.

We both share a deep passion for nature and truly respect the opportunities that we are blessed with.

In addition, both of us have devoted countless hours to the art of swimbait fishing. I used my knowledge of the water and trophy bass behaviors in search of success. 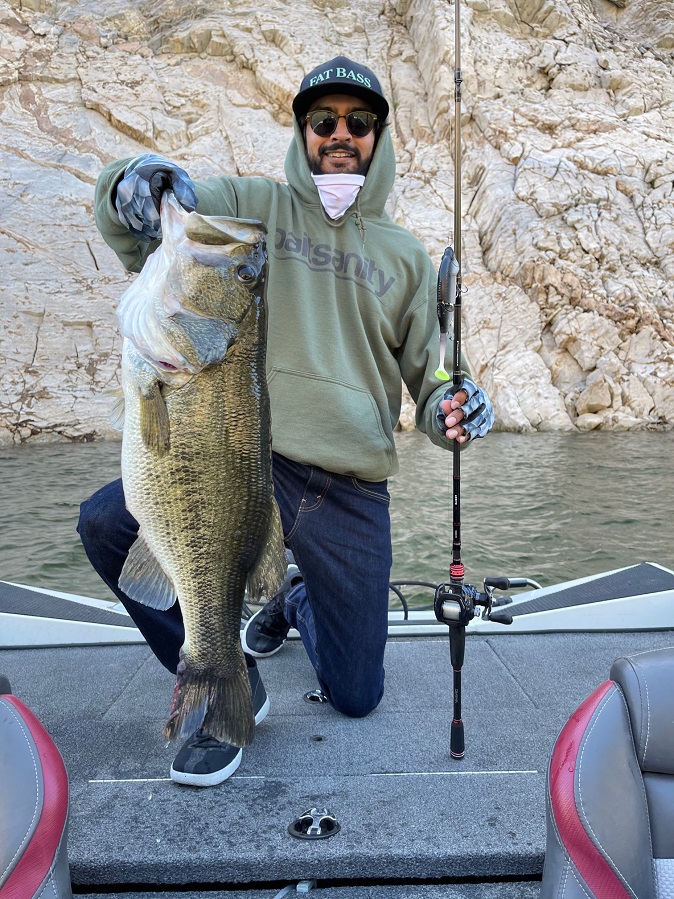 With modest and realistic expectations, we began the search for a bite.

When fishing large presentations for an elite group of fish, just getting a little positive reinforcement is a good start. A few hours into the trip some puzzle pieces began to fall into place. It started with a handful of nice followers and one fish almost taking a swing at the bait. On the boat we had a great selection of tried-and-true glidebaits, along with a couple of new protype baits.

There was one in particular prototype lure that garnished our attention and we decided to give it some well-deserved soak time.

I asked Fahad “which lure do you want to fish”?

He replied “I would really love to catch a fish on this bait”.

We went with that one and on the next cast he stuck a 3-pound spotted bass and successfully boated it. Ask and you shall receive.

It was the first fish of the day. Shorty after was another bite, and another. The fish were lashing out it and appeared to be fighting over the bait. We landed another nice largemouth and saw a pack of other bigger ones lurking beneath.

If the day ended here, we would have been satisfied.

Little did we know as we worked down the shoreline, we were about to hook a fish of a lifetime.

With our utmost attention on each calculated cast, we watched with full focus.Then suddenly from deep water, an absolute giant raced up, inhaled the bait and pulled it back down.

The hooks were set and the fight was on.

The fish broke the surface, wallowing and thrashing to solidify its size and power. And then proceeded to tail-walked over the net on the first attempt. She was just too hot to land at this time and surged back down deep. Fahad kept his composure as I coached with some “take your time” advice.

Finally, we had another chance to land her and we did. That’s when the moment of I can’t believe that just happened sets in. Legs were shaking and an overwhelming feeling of excitement then set in.

This beautiful 10-pound, 7-ounce largemouth is now Fahad’s personal best. It is a very spectacular catch. I’m extremely proud to have been such an instrumental part to such a remarkable moment.