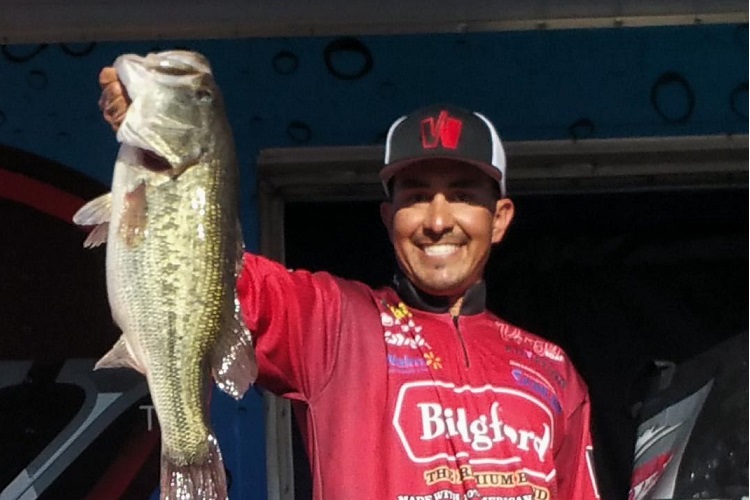 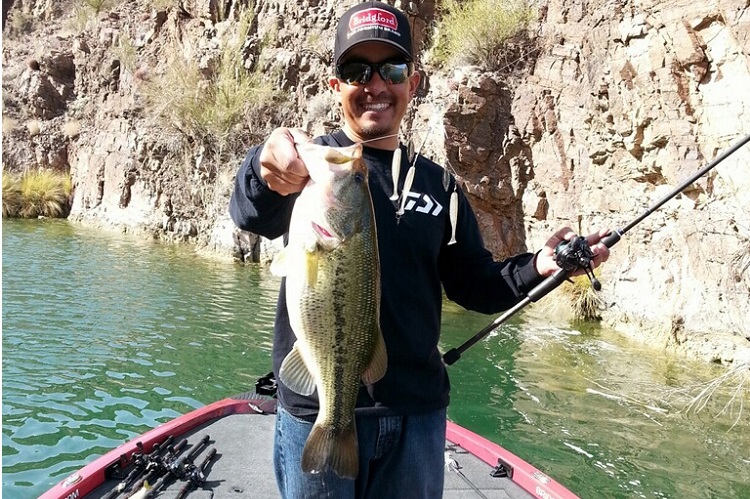 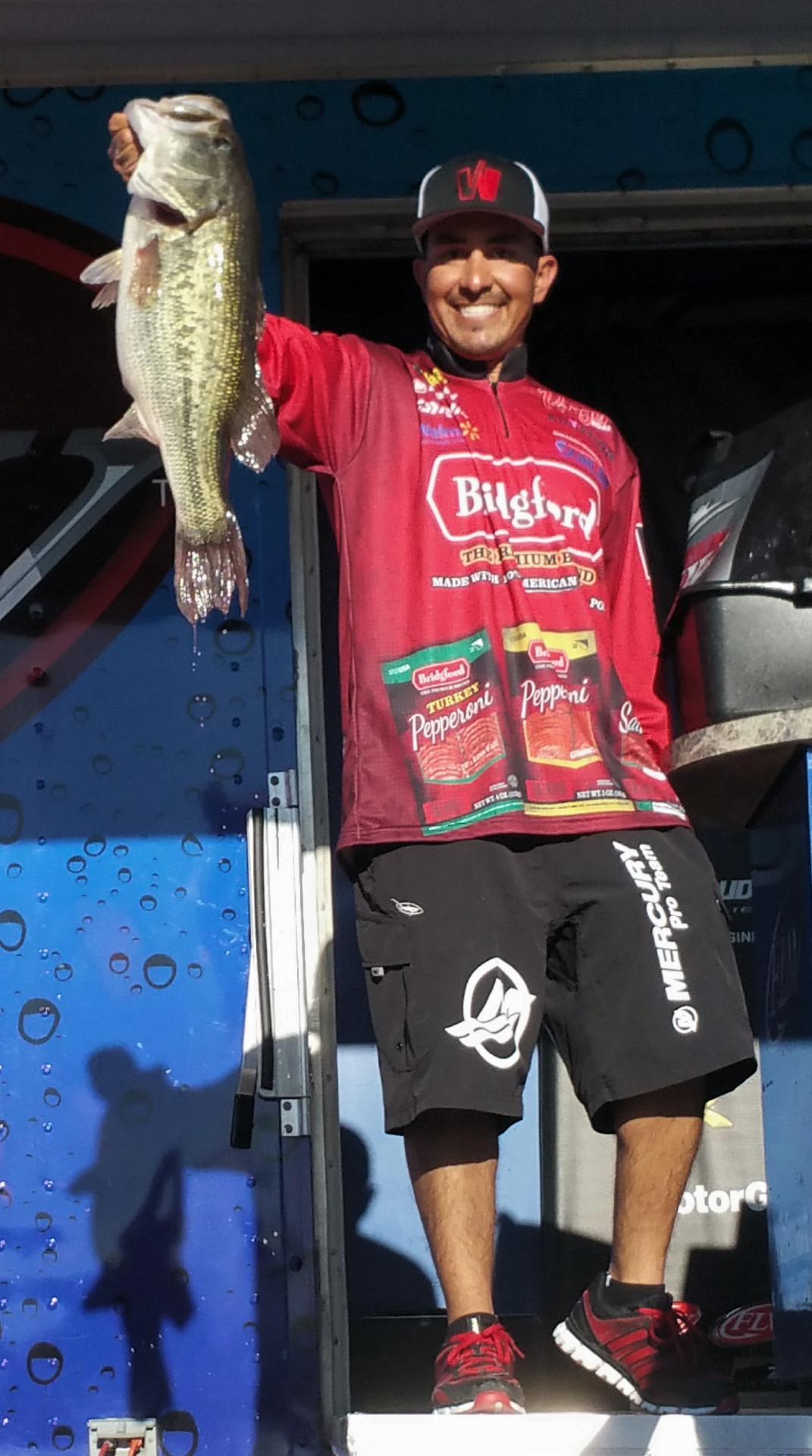 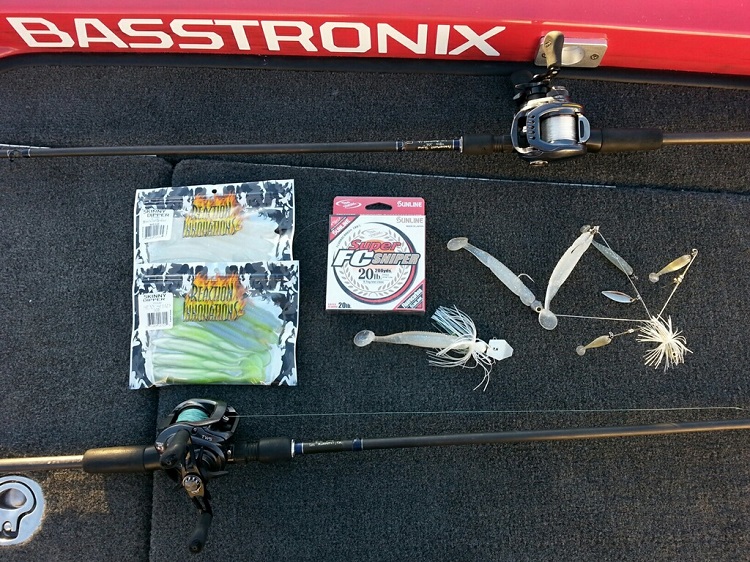 Joe Uribe Jr. wrapped up the 2015 Rayovac FLW Series - Western Division on Lake Havasu with a tournament total of 67-3, claiming the victory with a lead of over 14 lbs and winnings of $40,000.

The Arizona angler's strategy was developed a couple of weeks prior to the event.  "I spent two days fishing the lake with my dad and found a pattern," he said. "I was surprised to see it was holding when I returned for the official practice days. I was fishing shallow bays (3 to 6 ft) with grass, tules and shad. The stripers were in there, the birds were working and the fish were really active for that first hour or so in the morning. When the morning bite died, I was running to anything with shade(walls, cuts) just any shaded area.

Long casts, slow retrieves and dirty water were all keys to his success. "Normally the lake is really clear, especially the further south you go, but I chose to stay pretty local, fishing where it was dirtier and throwing bigger baits," said Uribe. "Even though, I was throwing reaction, I was fishing real slow, being very thorough. The fish were pre spawn, wanting to come up to spawn and moving in and out. We just had a full moon, so the fish were moving around even more. This helped me because the areas that I was fishing kept replenishing."

"I didn't know if I was going to be able to fish the same areas on day two; but when I got to my spot, I only had one other competitor around me," he said.  "We respected each other's water and I caught 'em again with two five pounders in back-to-back casts. That's when I knew this was something special."

As he went into day three with a five lb lead, Uribe kicked off the morning with a nine-plus. "Literally, my partner and I got bit at the same time," he recalled. "It was a double hook-up.  I thought mine was a striper, so I wasn't worried about it and turned to focus on my partner's fish; because it looked like a real good one and he was on a spinning rod with 6-lb-test line. Then, I saw mine roll on the surface and knew it was a big bass. I went to my fish and my partner got the net. We got mine on the deck and then went back to my partner's and saw it was a 15-lb carp."

The weight of Uribe's final limit came in at 26-7.

Uribe touted two primary lures for his fish. His big fish hit his 1/2 oz, shad-colored ChatterBait with a shad-colored Reaction Innovations Skinny Dipper. "I put some chartreuse on the tail, because of the dirtier water," revealed Uribe.

The other lure that Uribe employed was a five wire Basstronix A-rig with Reaction Innovations Skinny Dippers. "It had five baits, five blades and two hooks (which is what was legal for us), 3 inch Skinny Dippers on the teasers and 5 inch on the hooks," said Uribe.

This marks the first FLW championship of Uribe's career. Since 2011, he has also achieved three other top-5's in the Western Division - another at Havasu and two at Clear Lake.

Uribe expressed appreciation to his friends, family, sponsors and the fellow anglers that have supported him. "It is a great feeling and accomplishment; not only for me, but for all of them," he said. They've really been there for me.