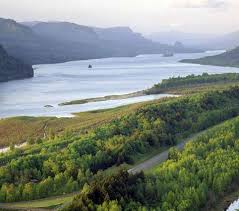 OLYMPIA – The Washington Department of Fish and Wildlife (WDFW) was working Friday to locate and retrieve an empty net pen structure that came unmoored along the Columbia River one day earlier, but severe weather was hampering search efforts.

WDFW is asking the public to report any sightings of the net pen structure.

The net pen frame has not contained any fish since 2018, and has no netting or mesh attached to the structure. It is not considered to be a threat to fish or wildlife. If intact, the structure should be visible above the waterline.

The WDFW-owned, empty net pen frame was first spotted in the Columbia River around 2 p.m. Thursday. WDFW staff determined it had originated near the Cathlamet Marina, where it had been moored since 2018. It was last spotted by WDFW staff near Chinook, Washington shortly before 4 p.m. Thursday.

WDFW was able to launch a vessel from Cape Disappointment to search for the net pen Thursday evening, but called off the search around 8 p.m. due to inclement weather and darkness. WDFW also requested help from the Coast Guard and asked the commercial crabbing fleet to report any sightings of the net pen structure.

It's possible that the net pen structure may be caught in a side channel, or has moved offshore, said WDFW Enforcement Capt. Dan Chadwick.

Chadwick also said that stormy weather along the Columbia River and Washington coast was hampering the search Friday.

"Today, we've been restricted to shore-based search efforts," Chadwick said. "Due to safety concerns, we haven't been able to search via boat."

The structure is approximately 90 feet long by 60 feet wide. It is an array of eight individual pens lashed together, and is made primarily of PVC or HDPE piping, with wooden decking around the outer perimeter.