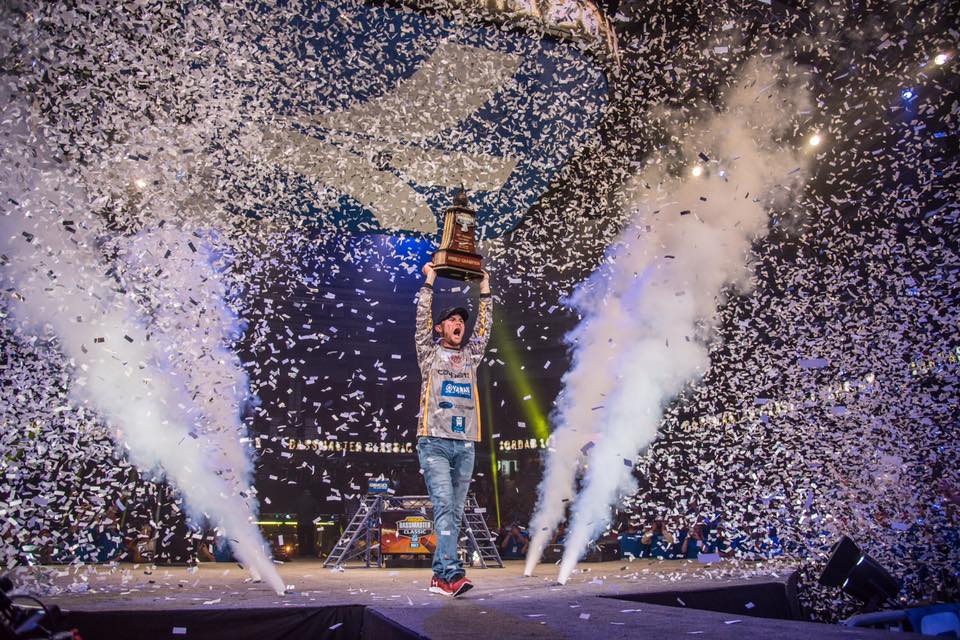 This was very impressive and it also marks the seventh consecutive win for Lowrance at bass fishing’s biggest tournament. Both Lee and Jacob Powroznik finished in the Top-5 with the help of Lowrance. They shared with us how Lowrance helped them in this year’s Classic. 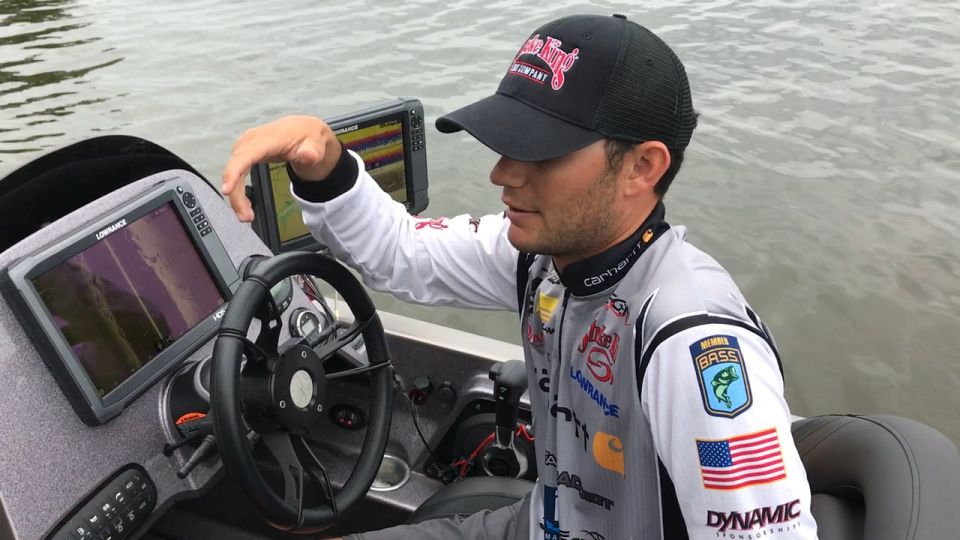 This year Lee is running two HDS Carbon 12’s at the bow and an HDS Carbon 16 at the console.

With that much technology onboard, he doesn’t miss anything and says that he has the utmost confidence in his Lowrance units. At the press conference following his win, he said that he has run Lowrance his entire career and has been impressed with how the units keep getting better and better each year.

During his win, he relied mainly on three things from Lowrance: 2D Sonar, StructureScan, and the colored trails feature.

Even with all of the newer technologies, 2D Sonar is still the preferred method for many pro anglers when they are “video game fishing” and fishing for bass they see on their graph.

“I was able to see fish stacked up in certain areas and locate where the baitfish were. Every time I would reel up a fish, my graph would just light up,” Lee said in reference to catching grouped up pre-spawn bass. “You can clearly see what you are looking at with Lowrance sonar. I was able to see when fish were streaking up for baitfish and that showed me whether or not they were aggressive and willing to bite.”

Prior to the event, we spoke with Jordan Lee for a Bassmaster Classic preview article and he shared that he would rely on StructureScan to win a second Classic in a row. This prediction came true as StructureScan played a major role.

“I found several key offshore spots and places like roadbeds by idling and looking with my StructureScan,” he shared.

Before the lake went off limits, he made a trip to Hartwell and spent the majority of the time looking for brush piles, drains, and other likely areas. Some of these played a role in his win and his pre-practice efforts with StructureScan paid off.

If you have ever looked at a screen with black trails running all over, you can see how quickly they can become cluttered. Lee is a fan of using multiple colors to both clean up how it looks and also as a piece of his strategy. 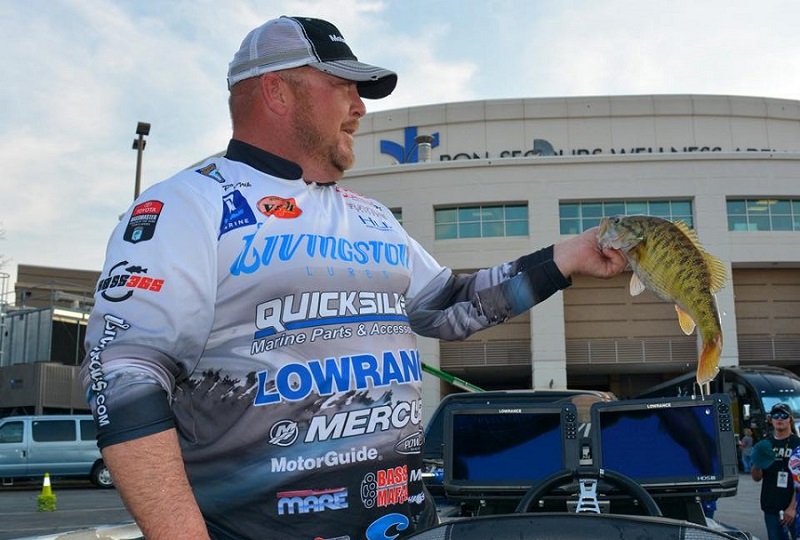 Jacob Powroznik has a history with Lake Hartwell from his FLW Tour days and loves fishing for the spotted bass that live in the lake. He was able to finish in 5th and says he used a combination of past spotted bass knowledge and his Lowrance units.

“Hartwell is a ditch-oriented lake. The fish like to live and travel with ditches and with my C-Map Mapping on my Lowrance it was easy to put a pattern together,” he says.

“The fish were on docks that had drains running under them and the mapping on Hartwell is spot on. I could look around and find places where the last two or three docks in a pocket had deeper water and a drain running under them,” he says.

Being able to narrow down which pockets had what he was looking for and which pockets didn't let him quickly cover more ground and not fish unproductive areas.

“I had probably 20 or 25 pockets that had the right combination each day. I could just fish those places, the spots where bass were staging before spawning,” he added.

All of the locations he fished during the event were ones that he narrowed down during practice and found on his Lowrance units.

Both Lee and Powroznik were able to notch a Top-5 finish in the 2018 Bassmaster Classic and each credited Lowrance in some way for their finishes. They ran different patterns and had different uses for the technology available, but the result was the same and they were able to finish near the top against the world’s best bass anglers.