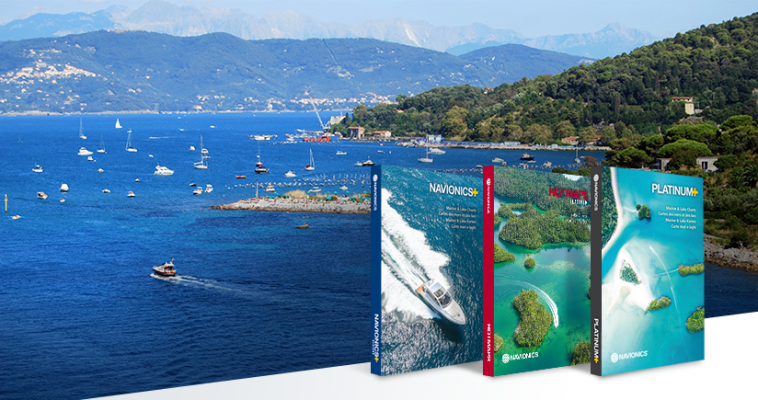 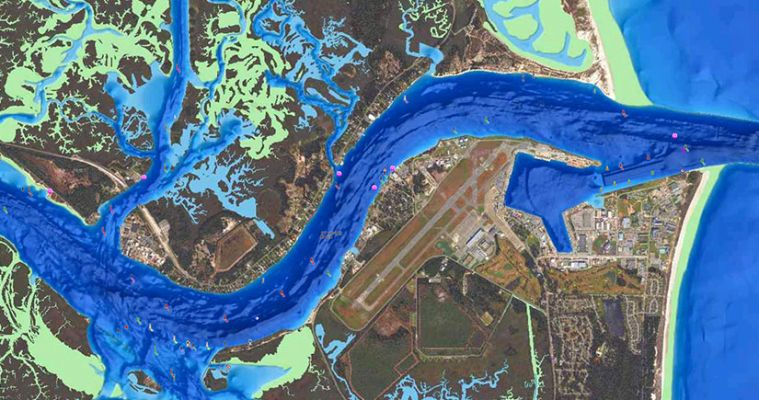 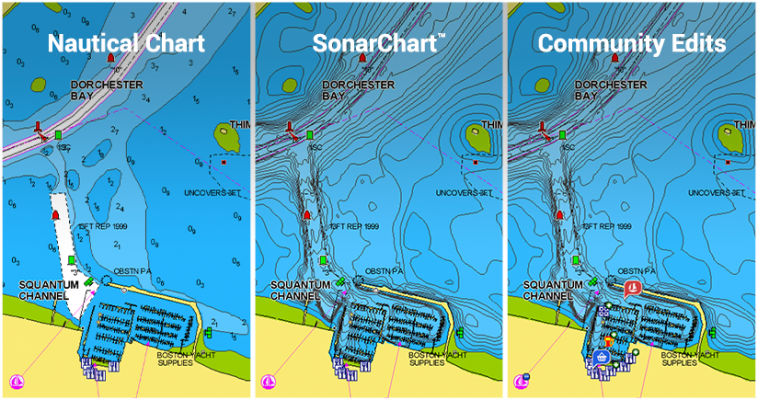 One of the most common questions boaters ask when they are in the market for a new electronic mapping card is “which card should I get?” The answer can vary significantly based on the needs of each individual.

Freshwater, saltwater, what electronics you run, and what region you plan to spend your time are all factors to picking the right Navionics card for your needs.

Here is a quick breakdown of the different options from Navionics and what makes them different from the others.

The name Platinum alone should explain that this card is the best available, but an important distinction should be made. All of the actual contour lines and level of mapping detail are the same across the board for new products. In the past, there were premium and platinum cards with different levels of detail, but that is no longer the case. They all feature one-foot contours that Navionics calls SonarChart.

The difference between the Platinum cards compared to the Navionics+ and Navionics+ Regions cards comes in three other forms: SonarChart Shading, 3D View, and Satellite Overlay.

One of the newest additions to Navionics mapping is SonarChart Shading, and this is only available with the Platinum HotMaps and Platinum+. HotMaps Platinum are lake charts, and Platinum+ is meant for saltwater fisheries.

This new shading feature gives a new way to view your map data. It is a rendering of the bottom that easily shows drop-offs, humps, and other changes in depth. The different colors of blue make it simple to see these changes and help to find the fish-holding structure quickly.

Another difference between the Platinum cards and the others is the ability to overlay satellite images with your mapping. This helps to find high-percentage areas at a glance.

The 3D View is another feature unique to the Platinum cards. It lets you tilt and rotate the map detail to make features like drop-offs stand out. Subtle drops and changes in the bottom stand out as they are exaggerated and easier to see.

Each of these three cards serves a purpose and are the perfect card for different boaters. But, they have some differences. Here’s a quick rundown of the three.

Navionics+ is a popular card because it is not restricted to a specific region. The card comes pre-loaded with basic map data for the entire United States and Canada. Users then download the more detailed map for the area that matters to them.

It is not restricted to salt or freshwater and is perfect for boaters who like to travel to other areas of the country. It also makes sense for those close to where one card’s coverage ends, and another begins. Purchasing this card eliminates the need to buy two cards for some anglers. For example, boaters who spend time in both Washington and Canada can now use one card for both areas.

The Navionics+ Regions is broken down into regions, but still has excellent map data and is priced at $149. For those boaters who spend time only in one region and do not see the need for the additional Platinum card features, it is a perfect card.

The HotMaps Platinum card has all of the features listed previously. The ability to utilize SonarChart Shading, 3D View and Satellite Overlay is only available with these cards. Like the Navionics+ Regions, they are also restricted to regions: West, East, North, South, and Canada are available.

One thing to keep in mind with all of these cards is to check the compatibility with your electronics. Navionics has a compatibility chart on their website that details all of the common brands.

Some older units or lesser-priced units may not be capable of using all of the features, so it is best to check the guide before purchasing. Some of these units will still show map detail but will be restricted to Nautical Chart. This is a base level of mapping that will still show some depth changes, but not capable of showing SonarChart data.

Are you in the market for a new Navionics card?

When you buy a GPS plotter card in the Navionics online store between December 3rd to December 31st,  you get a FREE Navionics Official branded hat!

With several different Navionics cards on the market, there are plenty of options no matter what your needs. Each of the three cards fit a need, and despite their differences, they all feature Navionics high-level of mapping detail.