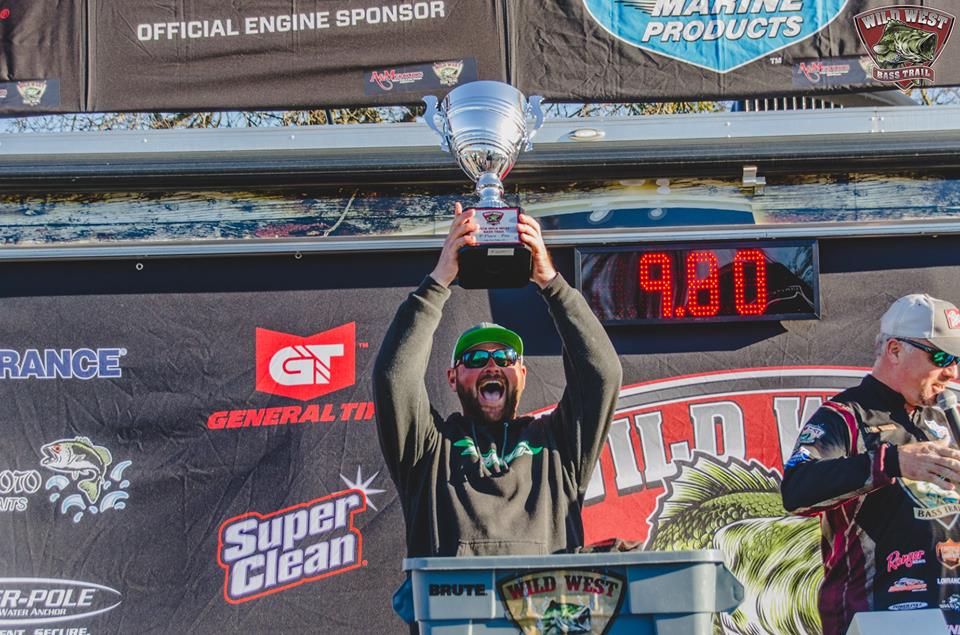 LA GRANGE, Calif. – A lifetime of history on this particular Mother Lode fishery, a self-designed Yamamoto bait and some luck was the winning combination for Bub Tosh of Modesto, Calif. this past weekend at the 105 boat field of the Wild West Bass Trail (WWBT) 2018 stop on Don Pedro Reservoir presented by Tuolumne County and Black Oak Casino Resort.

“I’ve been fishing here since I was two-years-old and I’m 37,” said Tosh. “I have pictures of me as a little kid with stringers of bass that I caught with a Mister Twister on the dam.

“My dad got into tournaments in the early ‘80s and got his first boat. So basically, we fished every day and we pretty much fished Pedro every day, which gives me a lot of history here.

“I know this lake so well, as soon as I heard about the tournament, I knew where I was going to fish. But in the end, it boils down to getting’ lucky. I got lucky and it was my time. You only win, when it is your time.”

Tosh kicked off the tournament with nearly a four-pound lead, weighing in with 21.51 on the first day of competition and he never let up. His five fish included a kicker that went 8.13. He filled out a limit of 13-pounds on Day 2. 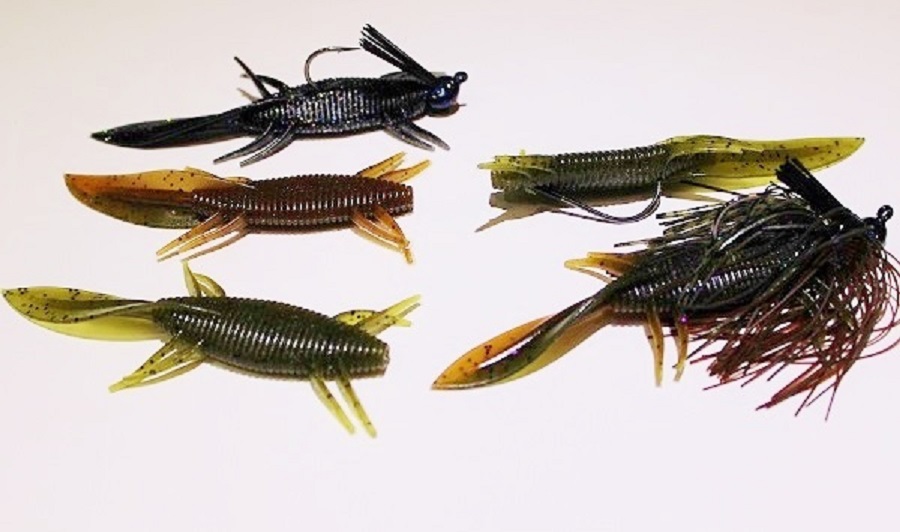 His two-day weight of 34.51 was enough to maintain the near four-pound gap over his closest competitor. Tosh added a Day 3 bag of 9.80 to claim final victory with a tournament total of 44.31.

“I lost another three fish the last day too,” he said. “They were absolutely rippin’ drag on my spinning reel and just came off.”

Tosh reported using only one lure for his weigh fish – a game-changing plastic creature bait that he developed for Yamamoto Custom Baits this past year – the Sanshouo.

“I fished it on a ¼-ounce darthead,” he said. “I saw the fish on the graph, dropped in the Sanshouo and caught ‘em. The colors I used were green pumpkin/blue and the green pumpkin/purple/copper.

Tosh also noted that he took all of his weigh fish from a single area that he described as big as a football field.

Tosh's target area not only produced the eight for him on the first day, it also gave his co-angler – Dennis Sisto – a 9.67. It was the biggest bass of the event. Sisto pulled his Big Fish out with a Yamamoto Flappin’ Hog on a Jig.

As the weather conditions went from a snow delay on Day 1 to clear sky on Day 3, Tosh’s prime real estate decreased its offering of keepers. 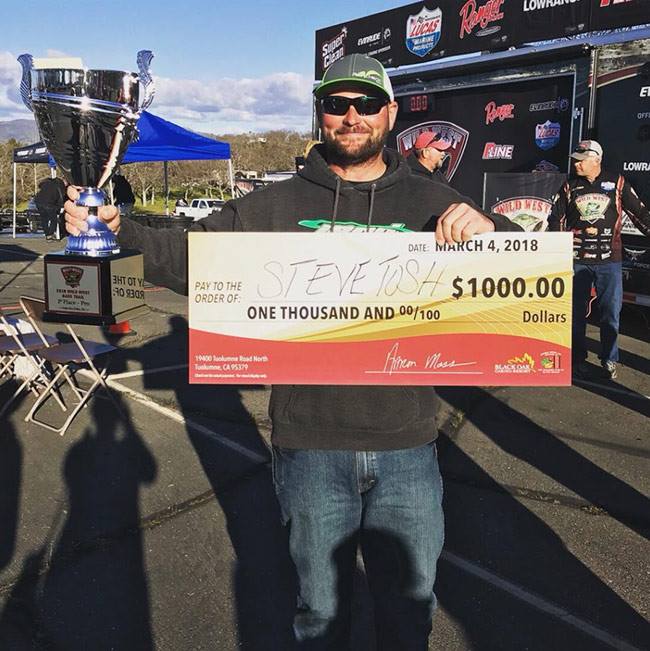 2nd 41.60 Cody Murray made $13,300 for his time on the water, including contingency dollars from Evinrude, Ranger Cup, Black Oak Casino Resort and Big Fish dollars.

The co-angler trophy went to Jason Fookes of Reddng, Calif. Like Tosh, Fookes led wire-to-wire to claim his win. He ended the weekend on the water with 45.60 to earn $6,025, including contingency payouts from Yamamoto, P-Line and Big Fish dollars.