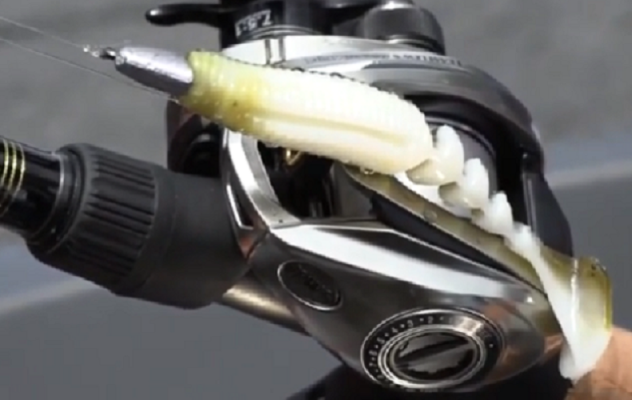 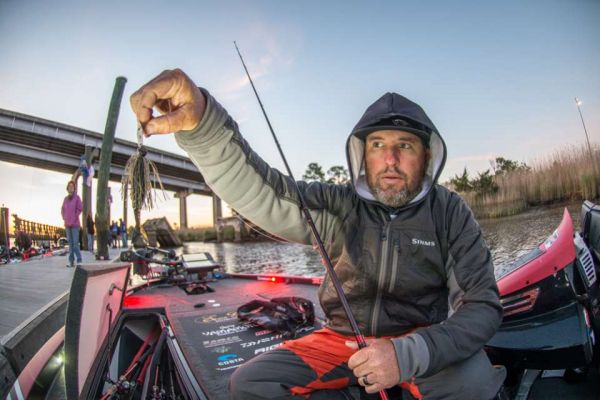 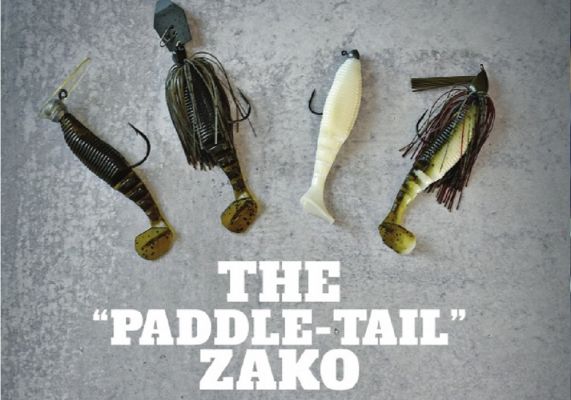 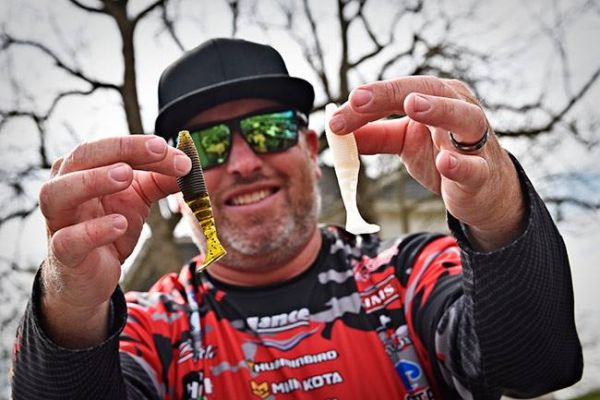 The Gary Yamamoto Zako has been one of the hottest ChatterBait trailers since it was introduced a few years ago. Brett Hite is one of the best in the world with a vibrating jig, and he is one of the reasons this trailer has been so popular. He helped to both design it and popularize the Zako.

Now, there is another version of the Zako that he also helped to design; the Paddle Tail Zako. It features many of the same characteristics as the original, but the paddle on the back allows it to be fished in many ways, besides just as a trailer.

He says the new version is a versatile bait that can be used several different ways. Here is a little bit about the bait as well as three of the ways that he fishes it.

Beyond the obvious where one has a paddle tail, and one doesn’t, Hite says they fish much differently but still share some look and action.

“With the paddle, it is not as subtle as the original. The paddle kicks hard, and that gives a totally different look,” he said. “But, it still folds up like an accordion when you get a bite. Those segments in the body help to get you to get a better hookup.”

Both baits are four inches long and feature Yamamoto’s proven formula of soft plastic. Plus, they are available in the excellent colors that Yamamoto is known for.

Hite and his Ever Green Jackhammer ChatterBait are inseparable, and he fishes it everywhere he goes. The original Zako has helped him win quite a bit of money in national tournaments, and he credits the trailer for much of his success.

But now with the new addition, he fishes both the original and Paddle Tail Zako on the back of his vibrating jigs.

“I fish them both; the paddle tail just gives it a different look and a wider wobble. I use it more as the water gets warmer later in the season,” he said. “The original works great other times of the year because it is so subtle and doesn’t change the action of the Jackhammer, and sometimes you want that action when it is colder.”

Another thing he likes about the action of the new version is that it is erratic.

“It has an unpredictable action because you have the segments in the body with the paddle tail on the back. It has a nice hunting action that triggers bites,” said the Arizona pro.

The Paddle Tail Zako also makes a great swim jig, according to Hite.

“I think of a swim jig as a ‘finesse ChatterBait’ where you get a similar action and fish it in the same types of places, but it is a better option when it is dead calm. That or when the fish are a little pressured,” Hite said. “It is also a perfect size at four inches long, and it fits nicely on a swim jig. You don’t need to trim it down or modify it; it is a perfect size.”

Besides using it as a trailer, Hite has found more uses for the newest version of the Zako and will often rig it solo on a jighead or underspin.

“It is great when fished on an underspin, by itself, or on an umbrella rig. It has a great kicking action, and I think it looks like a more healthy baitfish than other swimbait trailers do,” Hite said. “The design of the bait has a deeper belly that looks more like a bluegill, shad, or shiner.”

He has learned that it has a great action at all different speeds. “It swims well at a slow pace, but you can still burn it and get good action. It works great in deep water with a ½ ounce or ¾ ounce underspin,” he shared. “I’ve caught some really big ones doing that.”

The new Paddle Tail Zako from Gary Yamamoto Custom Baits has already proven to be a versatile soft plastic for those who have used it. It can be fished several ways, and Hite says it does an excellent job of imitating baitfish while getting a nice kicking action to draw fish in. Look for it very soon at your favorite tackle retailer.