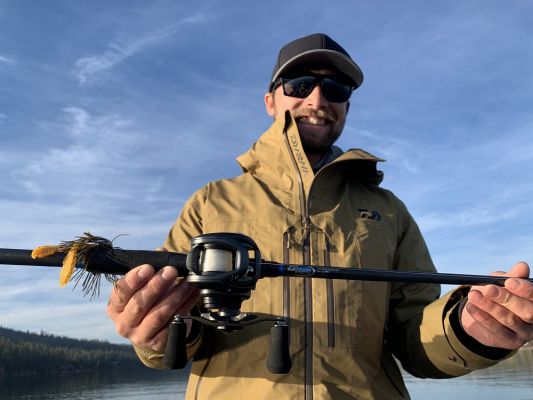 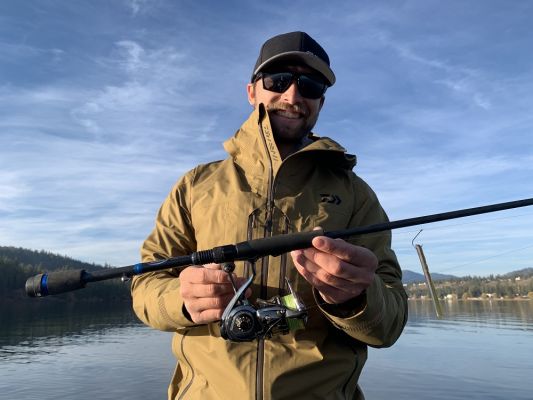 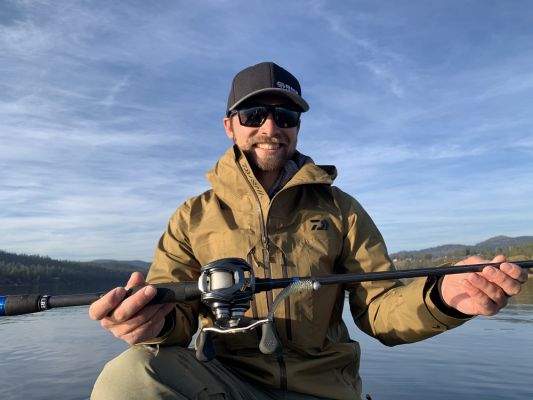 When fishing during the winter, no matter where he finds himself, Bassmaster Elite Series pro Brandon Palaniuk knows that he can count on three lures. A standard casting jig, drop-shot rig, and small swimbait can cover his needs and help him catch cold-weather bass.

His three picks are versatile enough that he can fish them at various depths, around different types of cover, and at any speed he chooses.

The standard jig in Green Pumpkin could really make a top-baits list for any season of the year, and the wintertime is no different for Palaniuk, who said that he always has one rigged and ready to go.

“The first one I would pick, and not in order of effectiveness, would be a ½ ounce Molix Kento jig in one of the Green Pumpkin hues. What makes those colors so good is that they can imitate both crawdads or bluegill,” Palaniuk said. “I also like the Green Pumpkin flash because it also shines and flashes like a shad with the silver that is in it.”

Palaniuk also likes the jig because it can be fished just about anywhere.

“I may be flipping deep docks, or targeting wood cover, and it works great in both places. I can also cast it and drag offshore if I need to,” he said. “I like to fish it on a 7’6” heavy Alpha Angler Hitter rod with the 8.1:1 Daiwa Tatula Elite P/F reel spooled with 20-pound Seaguar Tatsu fluorocarbon.”

The P/F reel he mentioned is designed for flipping and pitching, but he believes it is useful for all types of fishing when it comes to jigs.

“It has a longer handle and bigger knobs, and that can be a big benefit, even when fishing offshore. You are using a big rod, stout hook, and heavy line, and the bigger handle allows you to control the fish better. Especially when you go up to the high-speed version because normally with a higher speed reel, you lose some winching power, but you can offset that with the bigger handle.”

A drop-shot works just about anywhere and everywhere, and it is a staple for Palaniuk when fishing during the winter. His lure pick is a Zoom Z-Drop worm that he rigs on a #2 Split Shot/Drop Shot hook or a #1 VMC Finesse Neko Hook when Texas-rigging the bait and fishing it around cover. His go-to weight and size is a ¼ ounce VMC Drop-Shot weight.

“I like to target grass lines, rock ledges, points, and humps. Really anywhere that fish have an edge they can relate to,” said the Idaho pro.

When it comes to drop-shot gear, he opts for an Alpha Angler DSR, a 6’10” medium spinning rod that he pairs with a Daiwa Exist in the 3000 size. He completes the package with 15-pound Seaguar Smackdown Flash Green with an 8-pound Seaguar Tatsu fluorocarbon leader.

“During the winter, it seems like I am fishing in the rain and snow all the time, and the Exist can handle it because it is Magsealed. That keeps the moisture from getting inside and into the gearbox,” said Palaniuk. “The outside might get cold or even freeze, but none of the moving components inside will be affected.”

The final of Palaniuk’s three musts for winter bass fishing is a small swimbait that Palaniuk says he fishes in the same areas that he fishes a drop-shot rig.

“I’ll fish it in the exact same places, and generally, I am trying to target that 20 to 30-foot zone,” he shared.

He will rig up a 3.8” Zoom Z Swim and most often pairs it with a simple 3/8-ounce round ball jighead. He fishes the small swimbait on an Alpha Angler Clutch, a 7’5” medium casting rod, and pairs it with a 6.3:1 Daiwa Steez A that he spools with 10-pound Seaguar Tatsu fluorocarbon.

“The lighter line lets you get a long cast and also helps to keep the bait down in the zone. Plus, that Steez A can cast a light bait very well, it has become my ‘workhorse’ reel because it can do it all,” Palaniuk began. “I also like the slower 6.3:1 reel speed because it keeps the bait low to the bottom without rising it higher in the water column. I can fish it slower without having to force myself to slow down like I would with a faster reel.”

When fishing during the winter months, no matter where you live, chances are that these three techniques will produce. These are three baits that Brandon Palaniuk always has rigged up when the water is cold, and he wants to catch bass.