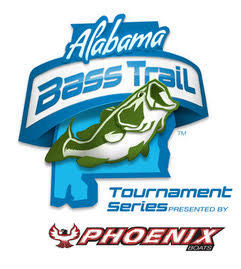 DECATUR, AL -- Tournament officials announce registration is closed for the 2019 Alabama Bass Trail Tournament Series (ABTTS), with all 450 of the available boat entries in the North and South divisions selling out in a record 39 days.

The 2019 tournament series gets underway February 16.

"Wow is all I can say when thinking about both divisions selling out in less than 40 days. We are thankful to the anglers who believe in our staff and commit not only their finances but their time as well to travel the great state of Alabama and fish with us," said Kay Donaldson, program director for the Alabama Bass Trail. "This is the quickest we have sold out to date. The record was 72 days but the 2019 registration sold out in 39 days."

Sanctioned by BASS (Bass Anglers Sportsman Society), the ABTTS contains two divisions, North and South, and each division is made up of five tournaments on five different lakes.

The maximum number of boats for each tournament is 225. Teams must fish in all five tournaments in their respective division and no single entries are allowed.

"Anglers pay in advance for each division and we actually have multiple teams that fish both divisions," added Donaldson. "Our teams are made up highly competitive bass fisherman from across nine states."

According to Donaldson, teams are traveling from nine states, Alabama, Tennessee, Mississippi, Georgia, Florida, South Carolina, Missouri, Kentucky and Ohio, to compete in the 2019 tournament series.

The 2018 Tournament Series generated an economic impact on the Alabama economy of over $3.8 million, up from $3.1 million in 2017. The trail consists of five regular season events in each division and a championship.

Dates and locations for the 2019 tournament series are as follows:

Each tournament features a $10,000 guaranteed first place prize and pays 40 places totaling over $47,000. In conjunction with the Alabama Bicentennial celebration in 2019, an additional $200 bonus prize will be awarded at each tournament to the team that finishes in the 200th place. The winning team of the championship walks away with a fully rigged bass boat valued at $45,000; there is a $5,000 bonus cash prize for Angler of the Year and $2,500 for runner-up Angler of the Year. According to Donaldson, over $568,000 in cash and prizes will be awarded when the ABTTS wraps up its season in 2019.

For more information, call Donaldson at 855.934.7425 or visit www.alabamabasstrail.org.