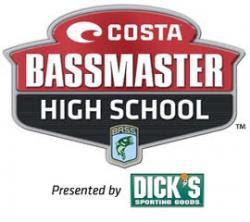 In addition, the Junior Bassmaster Championship will be held June 20-21, on Carroll County's 1,000 Acre Recreational Lake in nearby Huntingdon, Tenn. That event includes teams of youngsters aged 7 to 13 representing state organizations within the B.A.S.S. Nation. The Junior Bassmasters qualify to fish the national championship through one of three regional fish-offs of the Academy Sports + Outdoors B.A.S.S. Nation presented by Magellan.

The high school championship's full field will compete on the first two days, after which the field will be cut to the Top 10 on the final day.

The daily takeoffs and first two days' weigh-ins will take place at Paris Landing State Park, with the final day weigh-in being held in downtown Paris.

"The Carroll County Chamber of Commerce, Bethel University and the Henry County Alliance have welcomed us for another great event," said Hank Weldon, B.A.S.S. College and High School Series senior manager. "And with the Costa Bassmaster High School program continuing to grow, we are expecting an even larger field at this year's tournament."

With more than 5,500 student athletes representing 600 schools in 45 states, the Bassmaster High School program is one of the fastest-growing initiatives within B.A.S.S.

Both the High School and Junior National Championships will kick off with an official welcome party for all contenders hosted by Bethel University on June 19.

"We are all honored to be a part of such a wonderful and prestigious event," said Dale Kelley, Bethel director of athletics. "This is an annual event that brings national exposure to our campus and all of our Henry and Carroll County communities. Bassmaster and ESPN being here allows us to showcase our university, this great part of our nation and the opportunities available in the area."