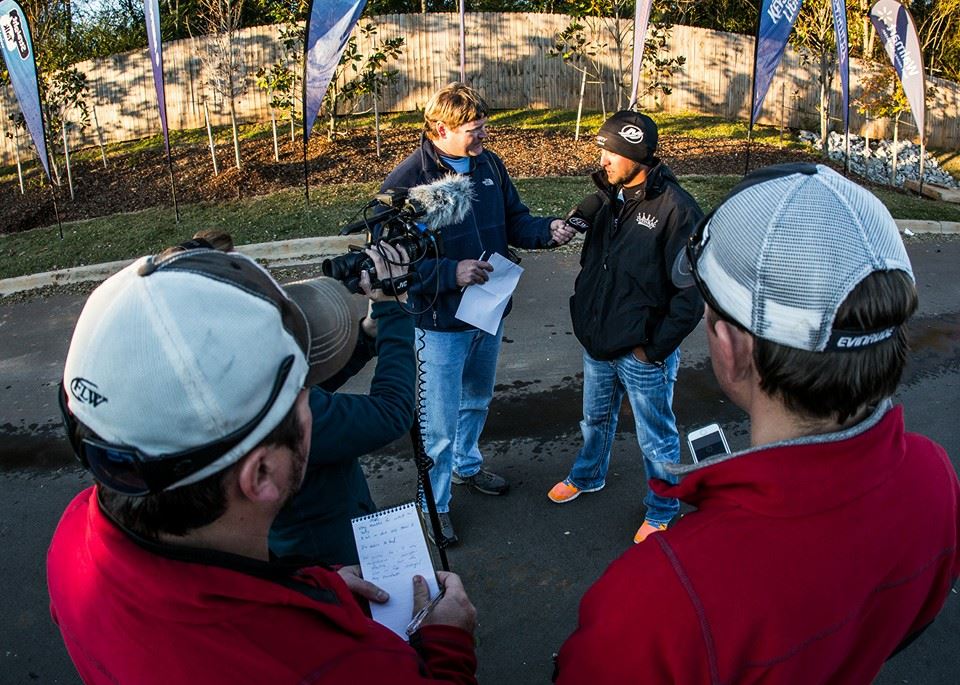 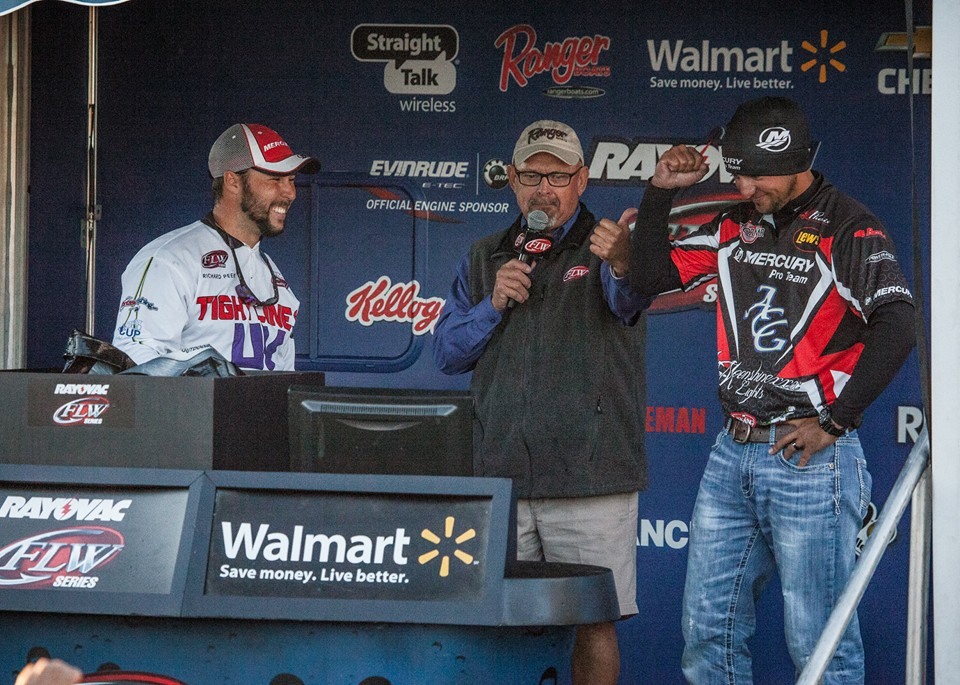 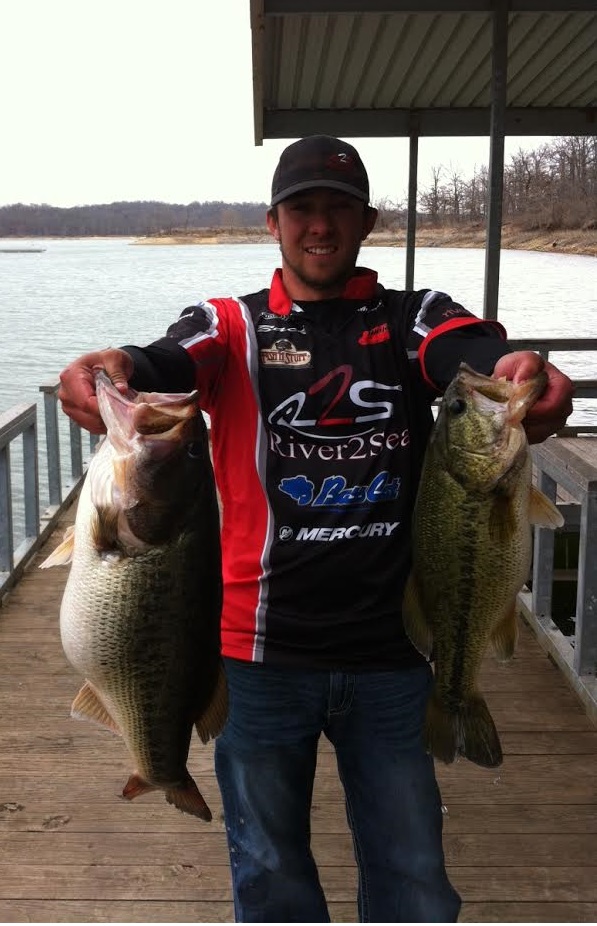 Zack Birge of Blanchard, Okla. locked up the 2014 Rayovac FLW Series Championship on Wheeler Lake yesterday, attributing the majority of his fish to the River2Sea Bling spinnerbait. "I caught all of the quantity of fish on a shad colored 1/2 oz River2Sea spinnerbait," he said. "I also used a 3/4 oz Santone spinnerbait and that is what I was got a couple of bigger kickers on."

The 23-year-old angler hauled in a tournament total of 47-00. His three-day total led the field by over 7 lbs.

Birge qualified for the Championship through the Texas division and was excited about the Championship until he got to the lake for pre fish. "It was extremely tough, right up to the final day of practice," said Birge. "The last day, I started over fresh and found a wad a fish."

History told Birge to start with a small spinnerbait, a squarebill and a jig, however when that didn't pan out as he hoped, a new plan developed. "I couldn't get anything to bite, so I wanted to throw something different with a bigger profile that was the size of the bait that I could see and would stand out from the crowd," he said.  "So, I went to a big spinnerbait with big blades and it matched the baitfish identically."

Upsizing his spinnerbait proved to be a perfect adjustment. "I got about 15 keepers on day one, about a dozen keepers, but better quality on the second day and on the last day only about six or seven keepers, but they were all good quality fish," recalled Birge.

Birge primarily concentrated on one area in the Elk River. "I did fish a second area on day two, but pretty much stayed on main spot, he said. "There are a lot of places like it that I fish at this time of year when I am back home and that is what gave me confidence in it."

He described his primary location as a "big flat with a pile of logs and a creek channel drop". "It is a spot that a lot of people will run by, but won't stop to fish," he said. "There are just piles and piles of logs that you can't see, unless you actually stop to fish or side image them. I didn't have any confidence in any areas before I found that place. When I found it, I knew I had to fish that place as much as I could and hope it would last three days."

The early bite would render Birge a few fish first thing in the morning. "It would slow down after that, but throughout the day the fish would replenish and I would start catchin' 'em again," he said.  "I was making really long casts and slow rolling it down, bumpin' off of logs and gettin' one about every hour. I could almost call my shots."

The majority of fish came deeper in the morning, in water ranging from 8 to 10 ft. "I was making long casts and slow rolling the spinnerbait over the logjams," he said. "Later they would move up on the points of the logs. When they came up to take bait, I was catchin' 'em in 2 to 4 ft."

STANDING OUT IN THE CROWD

He found modifications to the skirts and blades of the spinnerbaits increased his success. "I tweaked 'em a little bit," he said. "I put a little touch of something that no one else was doing - a bit of a homemade skirt combination that added to the color. There were so many boats in that area, I felt I was going to have to give the fish something that they hadn't seen."

Birge threw his spinnerbait with a 7'4", medium-heavy Phenix rod, Lew's reel and 20 lb Sunline Sniper fluorocarbon. The lure is one of Birge's favorite fall baits. "It is an easy way to catch 'em when the fish are feeding," he said. "And, you can cover a lot of water with 'em."

Birge's goal in the event was to qualify for the Forrest Wood Cup - mission accomplished. "I had figured I just needed to beat two guys in the top-10 to make it to the Cup," he said. "I hadn't ever really thought about winning, but around noon of the final day when I got my 5th keeper, I told  my camera guy I think I've sealed the deal."

Birge is no stranger to victory with a River2Sea bait. He used their Bully Wa 65 frog to win the 2012 B.A.S.S. Carhartt College National Championship. He has cashed in all eight Rayovac events that he has fished since that time. With the two major victories already under his belt, Birge gave this angling advice, "Try to stand out from the crowd. Don't throw the same thing that everyone else is slingin' all day. Pick something out, modify it, make it your own and get confident in it."

His $50,000 in Championship winnings will bankroll his FLW Tour entries for 2015. "I am going to fish professionally full-time next year," he said. "Right now, I do the marketing for a small business back home. I hope that it is a stepping stone for marketing within the fishing industry."