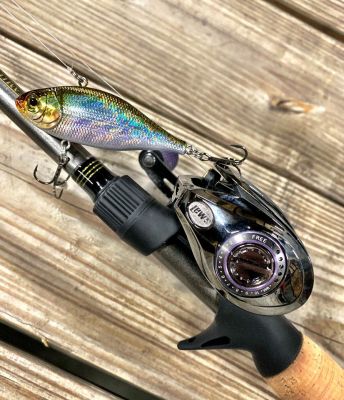 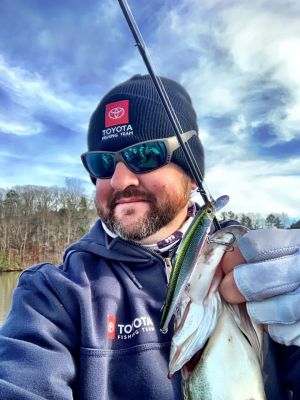 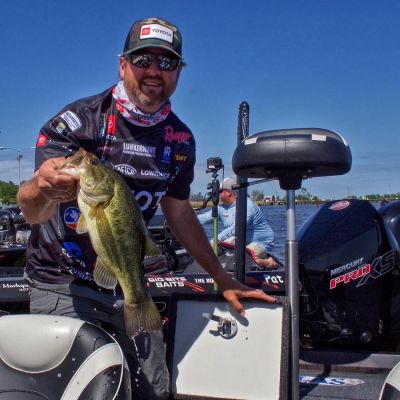 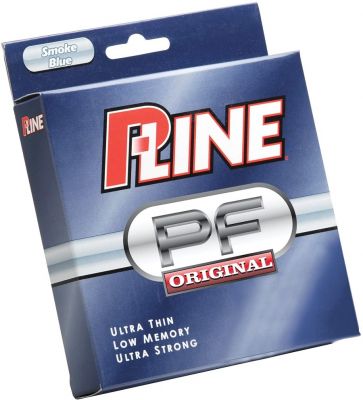 Moving baits are some of the staples of bass fishing and throwing baits with treble hooks is a significant part of most angler's arsenals. They allow you to cover water searching for active bass and are a must when the fish are feeding on baitfish. Bassmaster Elite Series pro Matt Arey uses all types of them, from small spybaits to big walking baits and has specific preferences when it comes to the line size and type he uses for each bait.

Crankbaits come in all shapes and sizes and will reach a wide range of different diving depths. For each bait style, Arey opts for a different line size and type.

For squarebills, he likes to keep his bait shallow and opts for P-Line's PF Original.

"I like it because it has a little stretch and you don't pull the bait away from fish as easily," he said. "I make up for it with a little stiffer rod as well and will go with a medium-heavy cranking rod. Generally, I am using 15-pound test but will go up to 20-pound if I want the bait to stay higher up in the water column."

For deeper divers, he goes with fluorocarbon to have the opposite effect.

"Instead of trying to keep the bait shallow, I want it to get diving crankbaits down deeper," Arey said. "I usually go with ten or 12-pound P-Line Tactical for everything from six-foot divers to big deep divers."

"I'll go down to 12-pound for the smaller baits," he said. "I'll use the lighter line for the little stuff, like ¼ ounce baits."

For jerkbaits, Arey is also a fan of fluorocarbon lines to get his bait down deeper and take advantage of this type of line's sinking properties.

"I'll usually use either eight or ten-pound P-Line Tactical," said Arey. "Ten pound is what I use the most, but I go with the lighter line in crystal clear water or when the fish are being fickle. I'll go up to 15-pound for big oversized baits."

While many anglers have jumped on the braid for topwater bandwagon, Arey hasn't made the switch.

"The biggest thing people say about braid for topwaters is how far they can cast it," he said. "P-Line's Topwater line casts extremely well, and I promise you I can cast it as far as I can with braid. Plus, it has a little stretch in it, which I like for treble hook baits."

The new line is a high-performance copolymer designed especially for topwater fishing and Arey will use it for everything from poppers to big walking baits.

"Typically, I am using 15-pound for walking topwaters," he said. "I'll go down as small as 12-pound for regular poppers but go up to 15-pound for bigger poppers like the P70 size."

The littlest of hard baits is the spybaits and they excel in clear water and anytime smallmouth are around. Arey is a big fan of the technique and uses a line for them that he doesn't often use.

"I like to fish them on a specific line that I only use for spybaits," said Arey. "I fish them on six-pound P-Line Fluoroclear and believe it casts better than regular fluorocarbon. It still sinks because it is coated with fluorocarbon and it has a little bit more stretch, which I like for spybaits with small hooks, limber rods and big smallmouth."

"With big fish and large hooks, you need a heavier line," he said. "Also, with the big rods you use for those baits, you have to have a good line in a heavy pound test."

Arey generally sticks with the tried and true Palomar knot for just about anything related to hard baits. It works well for him and many other anglers who trust it to connect line to lure. The one exception is when he goes with the Loop Knot.

"I will use a Loop Knot for poppers and walking baits to give them more action," said Arey. "It allows them to walk easier. I'll also do the same thing with glide baits sometimes to get them to swing and glide a little more, but you have to be careful with that heavier line, so you don't burn it when tying the knot."

Selecting the correct line type and pound test for each bait type makes a difference. It can affect how the bait performs and having the right line for the job can improve the performance of a lure and make sure you are doing everything you can to get more bites.