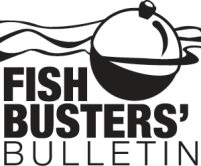 Fish don’t talk – even if they are referred to as largemouths. But we can and should. The Florida Fish and Wildlife Conservation Commission’s (FWC) mission is “To manage fish and wildlife resources for their long-term well-being and the benefit of people.” The latter aspect of that mission makes it critical that FWC staff and stakeholders, such as freshwater anglers and boaters, collaborate to ensure the use of the most appropriate fisheries management practices.

The FWC’s Division of Freshwater Fisheries Management has a long history of prioritizing the desires of anglers along with those of other stakeholders including recreational users, riparian owners, fishing-related businesses and destination marketing groups. The FWC’s scientists often collaborate with other researchers and universities to ensure conservation measures are sustainable for affected fish populations.

Fisheries management is a delicate art the FWC continually strives to perfect when managing species and crafting programs to optimize fisheries for people, while ensuring long-term health and survival of vibrant fish populations. An excellent example is the way the Division approached creating a Florida Black Bass Management Plan. More than 7,500 anglers provided input during the plan’s development, as did a technical assistance group representing a variety of anglers, fishing-related businesses, university experts, professional anglers and outdoor media. The goal is to use this plan to ensure Florida is and remains the Black Bass Fishing Capital of the World.

The FBBMP was adopted in June 2011 and produced numerous initiatives that have been previously reported. Here, we’ll focus on two.

The first inititative, the TrophyCatch citizen-science program, was initiated in 2012 to reward anglers for providing data on bass caught and released in Florida that weigh at least 8 pounds. By developing partnerships with businesses such as Bass Pro Shops and Phoenix boats, the FWC continues to expand this program. More than 4,000 eligible bass have been successfully documented and released to date. The data collected allows biologists to determine which programs and natural conditions foster trophy bass, such as habitat enhancement, regulation management or stocking efforts (see TrophyCatchFlorida.com).

The second initiative is the development of simplified black bass regulations to help achieve optimum sustained use of these fisheries statewide. The FWC conducted an extensive review of existing rules and analyzed their effects on fisheries enhancement. Then anglers and other stakeholders provided their input through online surveys sent to 170,000 freshwater fishing license holders, 9,400 mail-in surveys distributed at various locations and 10 open-house events hosted throughout the state. More than 3,500 anglers provided responses.

Following the preliminary input, FWC biologists worked with other experts to determine a range of rules that could accomplish the requested changes. These proposals were evaluated in public meetings during 2014, and several additional surveys were distributed and advertised, garnering 3,000 specific responses.

“This effort to solicit public input and keep them informed will culminate in rules that make it easier for anglers to understand the law and participate, and will encourage harvest of smaller bass and enhance catch-and-release opportunities for larger, quality-size bass,” said Tom Champeau, director of the Division of Freshwater Fisheries Management.

Below is a summary of new black bass regulations that were approved by Commissioners in February 2016 and go into effect July 1, 2016 (see bit.ly/BassRegs). There are no longer separate zones, and more than 40 special regulations or specific Fish Management Area rules for black bass were eliminated.

Daily Bag Limit for Black Bass: All species (largemouth, Choctaw, shoal, Suwannee and spotted) are included in the five fish daily aggregate black bass bag limit. This is the same as the previous statewide rule.

Shoal Bass Conservation Zone: In the Chipola River between Peacock Bridge and Johnny Boy Landing, shoal bass must be released immediately. This conservation zone for shoal bass further protects this relatively rare species that depends on a limited area of unique habitat.

Tournament Fishing: The bass-tournament permit program will allow anglers participating in permitted tournaments temporary possession of five bass of any size. This program has been ongoing for more than 20 years and allows delayed-release bass tournaments to take place while ensuring proper care, handling and release of all bass caught during the tournament, including those that could otherwise be harvested legally.

Through these inititives, anglers, biologists and other stakeholders shared ideas and collaborated to try something different.

“This new approach is very innovative and I anticipate many states will follow suit,” said Dr. Michael Allen, professor of freshwater fisheries ecology at the University of Florida.

Instant licenses are available at GoOutdoorsFlorida.com or by calling 888-FISH-FLORIDA (347-4356). Report violators by calling 888-404-3922, *FWC or #FWC on your cell phone, or texting to Tip@MyFWC.com. VisitMyFWC.com/ and select “News,” then “Monthly Columns,” or bit.ly/FishBusters for more Fish Busters’ Bulletins. To subscribe to FWC columns or to receive news releases, visit MyFWC.com/Contact.