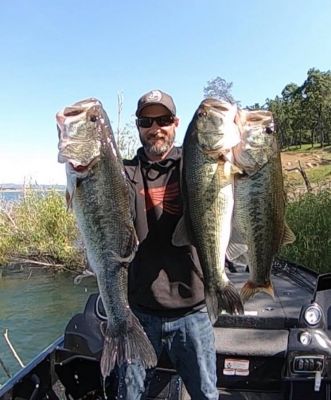 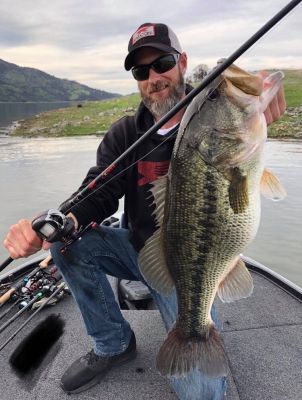 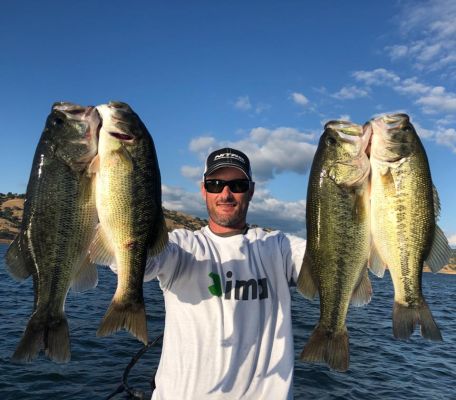 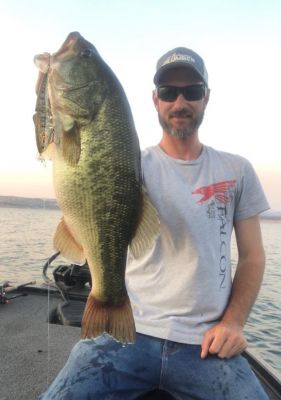 The ima Glide Fluke is a unique lure that is part glide bait but can also be fished like a soft-plastic jerkbait.

California guide and noted big bass specialist, Josh Parris, is a big fan of the bait. He began catching fish with it initially after it was released and as he has learned more about how to fish it, it has become an even bigger part of his arsenal.

With the word glide right in its name, many anglers think of it as strictly a glide bait, but it can do much more, according to Parris.

“For me, it is more of a hybrid bait and not true glide bait. It will still glide, but I use it more when I am looking for a reaction-type bite,” he said. “I have certain criteria I am looking for and when the timing is right, it is hard to beat the Glide Fluke.”

What he is looking for mainly comes down to the conditions and the mood of the bass.

“If the fish are hanging by trees and not grouped up, I might reach for a different glide bait and work it much slower. I fish the Glide Fluke much more aggressively and it is great when the fish are up in the water column and actively feeding,” he said. “Here in Northern California, they pull the bulk of the water through the reservoirs at night so that the first hour or two of the morning is a prime window for the Glide Fluke because the fish are feeding.”

When he first started experimenting with the Glide Fluke, Parris would fish it much more slowly than he does now.

A striper trip to Hogan changed his outlook on the bait and how well it works at fast speeds.

“We were catching them at break-neck retrieve speeds and I have carried that over to bass fishing and it works just as good. Many baits will blow out, or foul hook on themselves at high speeds and the Glide Fluke tracks true,” he said. “I fish it with a series of quick rod pops and pauses mixed in, almost like fishing a rip bait.”

While he keeps the bait moving, he implements a gliding action when he sees a follower.

“Many times that fast retrieve will get them fired up and they’ll start to follow and if they don’t get it, I’ll slow it down. That’s when I’ll use my reel to get it to glide side to side, before picking up speed again.”

The Glide Fluke comes in two different sizes, a 125mm (4.9”) and 178mm (7”) and both sizes come in a sinking and a floating model. Parris uses them all and the most straightforward answer to how he decides what size to use is “matching the hatch” to the forage.

“I use both and try to match the forage type to get a response to the fish. I’ve seen it where the bigger one is needed and times where the small one catches all of the better fish in a day,” he said.

The two sizes of baits have much different actions as well.

“The bigger one is easier to get wide glides out of and the smaller one has a much tighter action. But, both of them are very user-friendly to fish.”

When deciding whether to throw the floating and sinking, depth is a factor, but not the only one.

For the sinking version, Parris has a system to start the day to gauge where the fish are. He’ll watch his electronics, specifically side imaging to get a clue to where the fish are, but will also rely on trial and error.

“I typically start by making a cast and working it just below the surface and if that doesn’t produce, I’ll try counting down 15-seconds before starting my retrieve. I’ll even count it down to 60-seconds to try to find where the fish are,” he shared.

When asked what lakes he’s had success on the Glide Fluke, Parris rattled off a lengthy list of popular California bass fisheries.

“I’ve done the most work with it on New Melones, but Camanche, Don Pedro, Bullards, McClure, and Berryessa have all been good. I like to fish it over rock piles, suspended trees, on boat ramps, and around bridge pilings,” he added.

He’s a believer in using a crankbait rod, both working the bait and a better landing percentage.

The ima Glide Fluke is much more than a glide bait. It can be fished like one, but it can be fished quickly to entice bass throughout the water column.