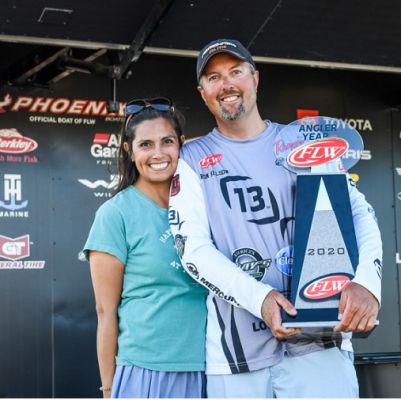 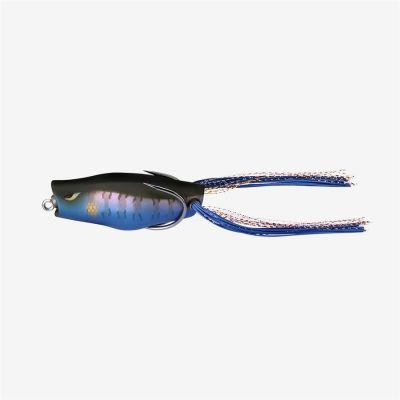 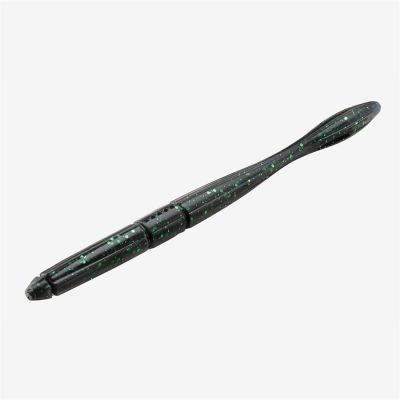 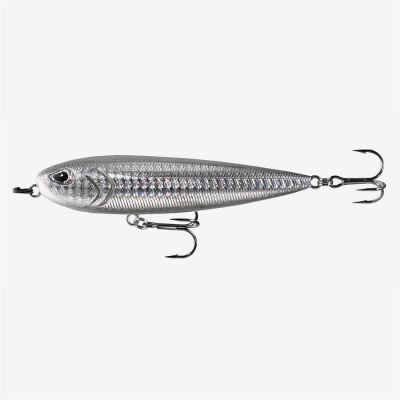 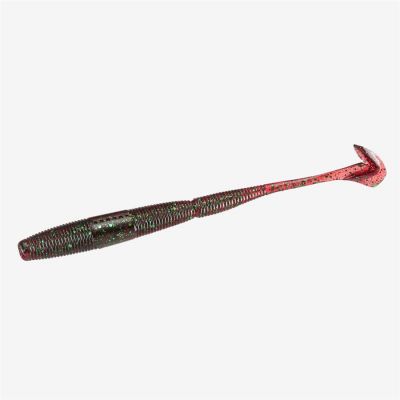 Since joining the professional ranks, Michigan pro Ron Nelson won the FLW Tour Rookie of the Year in 2019 and Angler of the Year in 2020. Now in his third season on the Tackle Warehouse Pro Circuit, he has had success all across the country and offers his summer lure picks from 13 Fishing.

His insight on these four lures goes beyond the technical specifications of the baits and includes a real-world review of how they perform for him on the water.

There are many different frogs on the market and most of them are great at catching fish, but Nelson is incredibly impressed with the 13 Fishing Trash Panda.

"I'm picky with my frogs," he said. "There are a lot of good frogs out there, but the hook on the Trash Panda is awesome. I absolutely love it because it is the right size and angle."

The hook is a custom 4/O frog hook that is said to improve hookups and Nelson agrees. "My hookup percentage goes way up when using the Trash Panda," he added.

Another thing that he likes about it is how it walks, not just how easy it is to walk, but the action that he can impart in it.

"A lot of frogs out there are really easy to walk, but you get a really wide side-to-side action," Nelson said. "I don't like that as much because you tend to overwalk it and fish end up missing it more times than not because it is gliding so much. The Trash Panda walks in a nice tight action, and I can do more of a 'nose flapping' walk and keep it tighter to cover."

One of Nelson's first experiences with this finesse worm was during a tournament on Lake Okeechobee and he has had great success with the bait. Generally, he fishes it on a light Texas-Rig and flips it in situations where he would typically fish a soft stick worm.

"I really like the way that it glides down," he said. "I think it has a better action than something like a Senko that a lot of guys flip and pitch. But, I use it in the same applications and the six-inch size works great. The smaller size is also really good on a shaky head."

The Bubble But is salt-cured, features 13 Fishing's "Donkey Sauce" scent, and has a unique air pocket in the tail.

Like frogs, Nelson believes that all walking baits are not created equal. Just about every slender topwater bait ever made can "walk the dog," but Nelson likes the 13 Fishing Navigator for several reasons.

"The biggest thing about the Navigator is that it has great buoyancy," he said. "All topwaters float, but some sit real low in the water. I like a topwater to have more of a disturbance on the surface, especially for smallmouth bass, and that's what the Navigator does."

He uses an unconventional approach when fishing for smallies and uses a 13 Fishing Envy Black crankbait rod.

"I like to impart the action with the reel more than the rod," he said. "Also, when using braid, the crankbait rod is much easier to land those crazy smallmouths. For largemouth, I use a rod with more backbone like a 7'3" medium-heavy Omen."

Nelson likes how the Navigator can be walked quickly and with a tight action when working the bait.

"It has a quick and tight movement," Nelson said. "It lets you work it quickly without the bait gliding too far from side-to-side. That can be good sometimes, but it is like I mentioned with the Trash Panda where you have more fish miss the bait if it glides too far away."

The Ninja Worm is a swimming worm with a unique look and action. Nelson has grown fond of it for fishing around vegetation.

"It's a worm that I've used to catch fish in Florida and on the Potomac River during our June event," he said. "It is also good for northern largemouth around grass and makes a good compliment to a swim jig. It's something I mix in and fish in those same places and go back and forth between the jig and Ninja Worm."

It comes in two sizes, 5.5 and 7" and has a unique shape and profile that Nelson prefers over other swimming worms available to anglers.

"I like the fatter body because it displaces more water," he said. "Another key with 13 Fishing plastics is that they are packaged perfectly, so you don't get worms that are all crooked and not running right. I'm really picky about that and glad that they go the extra mile, and that's great because I want every advantage I can get."