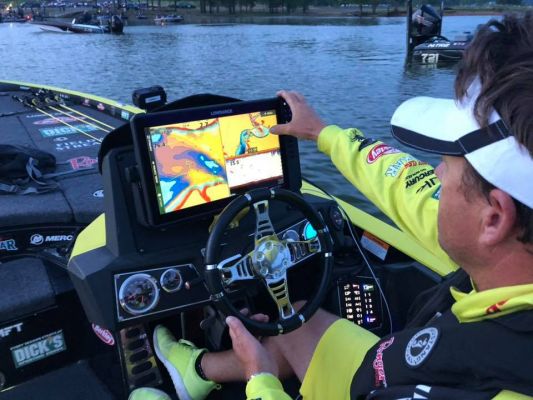 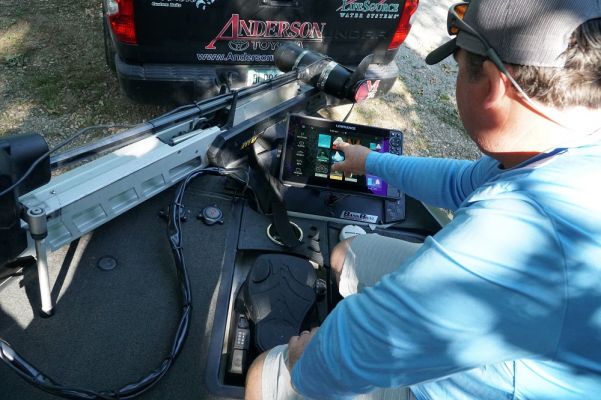 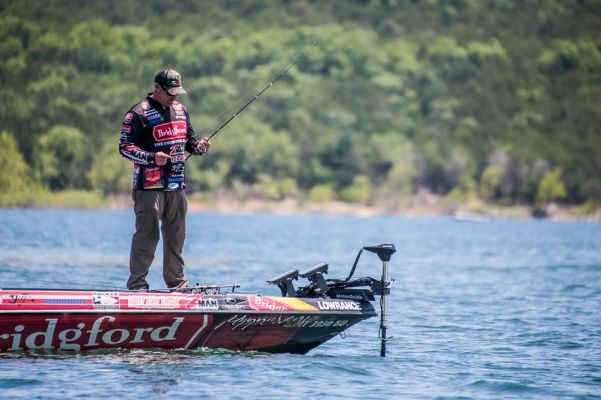 The newest addition to the Lowrance HDS line of chartplotters is the HDS LIVE. The new units are capable of many things that the previous generations couldn’t do, and they have also been improved with new features, faster processing speeds, a new look screen, and the ability to integrate with your smartphone.

Besides that, the biggest news is the upcoming LiveSight real-time sonar.

With so many new features, we asked three western pros what they have noticed after using both the HDS Carbon and new HDS LIVE units.

As we become more and more connected to our smartphones, it makes sense that marine electronics would eventually be able to sync with our phones. That time is now. The HDS Live units allow for two ways to connect your graph to your phone: LiveCast Smartphone Integration and Smartphone Notifications.

The Smartphone Notifications is just like it sounds and allows anglers to view texts and calls right on your HDS Live while you are fishing, and your phone is stored away. That is a unique feature that can be turned on and off depending on angler preferences.

“Sometimes, I am out fishing and really don’t want to see my texts. It is a cool feature, and I like that you can turn it off if you want to,” said Reese.

What he likes most is the LiveCast Smartphone Integration as it allows you to view whatever is shown on your smartphone right on your HDS LIVE unit via an HDMI connection.

“The mapping on the HDS LIVE units is great, and now I can link my phone with Google Earth to my units. Using Google Earth in conjunction with my mapping cards right on one screen is awesome,” added Reese.

Roy Hawk – Ease of Use, Clarity, and Networking

Right off the bat, Hawk noticed that it the HDS LIVE units are simpler to use and navigate. When we talked with him, he had both the HDS LIVE and the previous generation; the HDS Carbon rigged on the same boat.

He said they work together perfectly. But, he said the HDS LIVE units are even easier to use than the Carbons.

“The ease of use for the buttons is cool. Using these is a lot simpler to me, and the ability to make programmable keys is great,” added Hawk. “I have also noticed that the picture is more clear because of the new Active Imaging transducer. The displays and icons are also easier to see and navigate.”

The Active Imaging 3-in-1 Transducer that features CHIRP, SideScan, and DownScan with FishReveal in one transducer.

Since he has different generations of Lowrance units on the same boat, he said with networking the two has been flawless.

“I still have my other units, and they are networked together. I think you are going to see a lot of that when guys decide they want to upgrade just the front unit to an HDS LIVE so they can get the new LiveSight feature,” he believes.

READ RELATED: How Ike Uses His Lowrance on a Kayak

After fishing the new Lowrance units this season, Clausen has found the HDS LIVE to have a brighter screen and faster processing speed.

“It is a clearer screen, and it is also easier to see when you are in direct sunlight. You don’t get that ‘blacked out’ look if you are standing in direct sunlight,” he says. The HDS LIVE features a SolarMAX™ HD display that was also available in the HDS Carbon series, but Clausen believes it is even brighter now thanks to the design of the new units. They are built with edge-to-edge glass.

“You get a clearer sonar picture, and the FishReveal makes it easy to see fish suspended in timber and deep grass.

“The other big thing is how fast it is. As you scroll through your map or switch between pages, it is instantaneous,” Clausen said. This has to do with the quad-core processor Lowrance uses for the 12 and 16-inch HDS LIVE units.

LiveSight is the most anticipated of all of the new Lowrance features, and it is now available. The new LiveSight transducer gives anglers real-time views of baitfish and fish moving below the boat. It allows anglers to watch what is happening live before their eyes on the HDS LIVE screen.

Each new generation of marine electronics brings faster speeds, more features, and a better experience for anglers. The HDS LIVE is no different, and these three western pro anglers have each found several things they like about Lowrance’s newest technology.