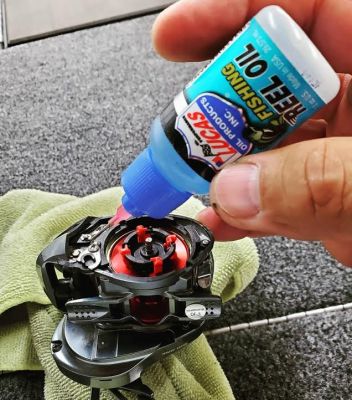 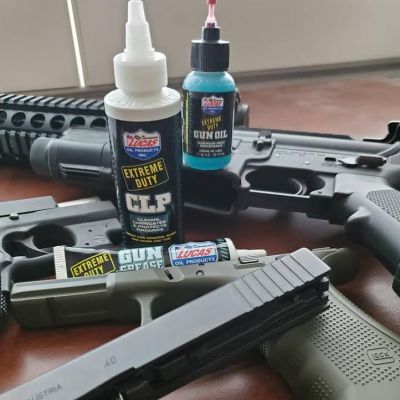 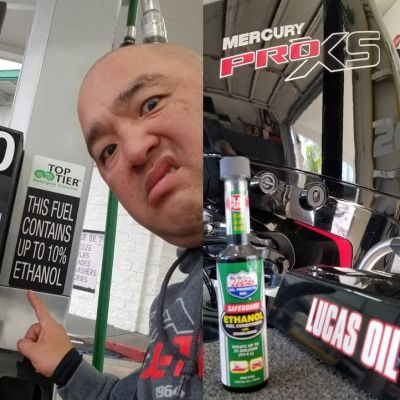 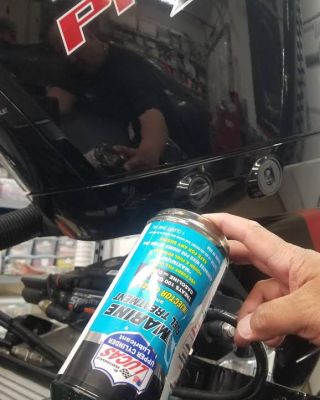 California pro angler Ken Mah has been a force on the tournament scene for years and travels throughout the west coast, competing on all of the major circuits. He runs a Lucas Oil wrapped Vexus boat during his travels and is a wealth of knowledge when it comes to their products and what they do.

He uses all of their products but shared his “must-haves” and the reasons why for this article.

As the tournament season winds down and the colder weather sets in, many anglers take to maintaining and repairing their equipment. This is something Mah has found himself doing recently, and part of his yearly maintenance process is to clean and lubricate all of his reels with Lucas Reel Oil.

“It is effortless to use, and like all of the Lucas products, it is not a gunky lubricant. It is just the right amount, and it is formulated to do the job,” said Mah. “I’m not fishing as much this time of year, so it is a great time to take care of your gear. This whole month I have been using it on every one of my reels.”

Lucas Reel Oil features a unique blend of oils and additives that are specifically designed for fishing reels and other small moving parts. One of the reasons that it is so popular is a simple item: a precision needle applicator that makes it easy to get to small pieces and hard-to-reach areas.

Beyond oil and appearance products, Lucas Oil has a host of different products designed to clean and lubricate. That includes their outdoor line of gun grease, oils, polishes, and more.

Mah works in law enforcement and can genuinely say that he trusts Lucas Oil when his life is on the line. “They have a whole line of products for hunters and gun enthusiasts. I use all of their products, and they all work great,” said Mah.

One particular product he called out was the Extreme Duty CLP. CLP stands for clean, lubricate and protect, and Mah uses it often.

“I use it religiously and used it today after going to the range. It works great; it is lightweight and doesn’t have that sticky feeling that some lubricants get. I don’t know all of the science behind it, but as a user of the product, I know it does the job,” he shared.

CLP works to clean and protect, but it can also help to free stuck parts and penetrates deep into rusted firearms. The additives also reduce wear and friction that helps to extend the life of your guns.

Read Related: 3-Must Have Products for Outdoorsmen

Ethanol in our fuel is not good for outboard engines, and Mah had a real-world example of the dangers. Each year, he sells his tournament rig and gets a newer model. One of his previous boats was sold to a friend of his and required all new fuel lines because of ethanol-related damage.

“This was a 2015 model, not some old boat, and he started having issues with the boat performance. What they found was that the fuel line was the issue, and he had to replace all of the fuel lines because of ethanol-related damage,” shared Mah.

Even before this, Mah was a firm believer in protection against ethanol. “I add it every single tank,” he said. “I used to do it every other fill-up, but with the problems we are seeing, it makes sense to do it every time.”

Another critical time to add the product is if your boat will be sitting for an extended period.

“Some guys don’t use their boats as much during the winter. It might sit for a few weeks or even months. Ethanol is not as bad if you are constantly running it through the system, but it gets even worse if it is sitting in your gas tank. It will even start to eat away at the fuel diaphragm, so I add Lucas Safeguard liberally if I am not going fishing for a while,” said Mah.

WATCH RELATED: The REal Truth About Lucas Oil and Your Boat Motor Warranty

While Mah doesn’t add the Lucas Marine Fuel Treatment as often as he does the ethanol treatment, he still uses it regularly and knows it works. This product was designed to treat the entire fuel system, including fuel lines and injectors.

“I add it every three or four fillups. It cleans the injectors and the entire system, and it is an easy insurance to protect your fuel system,” said Mah.

These four items from Lucas Oil have made the “Mah Must-Have List,” and they are products that he couldn’t live without. From guns and fishing reels to boats and outboards, Lucas Oil has you covered.