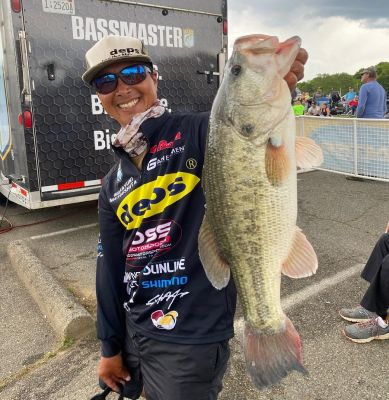 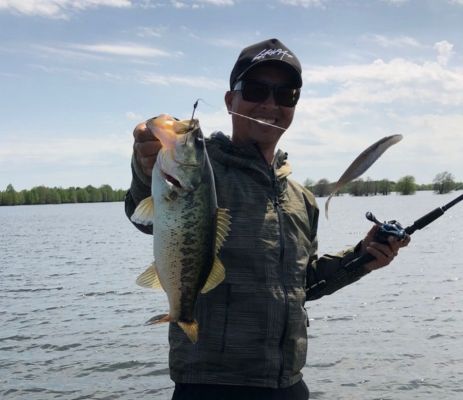 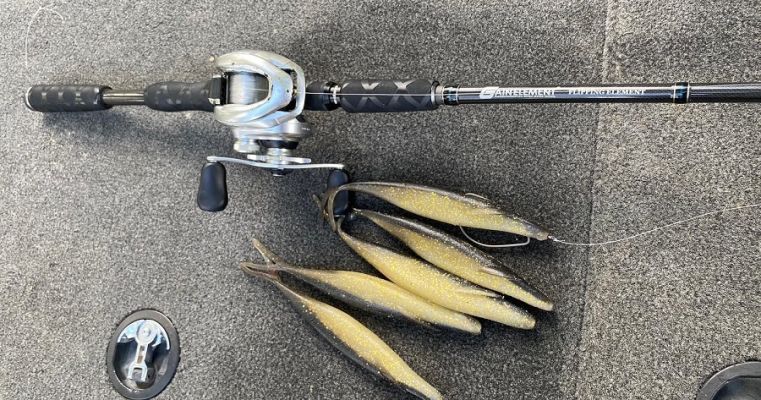 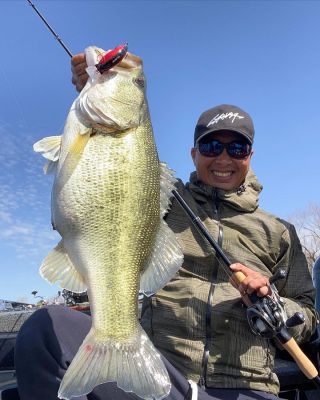 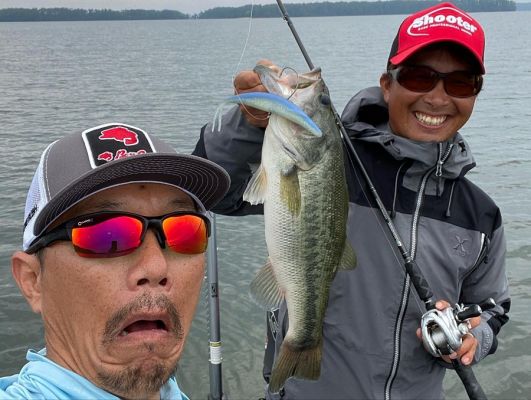 After winning the 2020 Bassmaster Central Open on Sam Rayburn, Japanese angler Masayuki Matsushita qualified for this year’s Bassmaster Classic. The 38-year old angler is about to realize a dream that he has had since he was a teenager getting started bass fishing in Japan.

He’ll take on Lake Ray Roberts outside of Ft. Worth, Texas, as he tries to become just the second Japanese-born angler to win the Bassmaster Classic.

While in the United States, Matsushita keeps lives in the Houston, Texas area with a friend. Because of this, he spent some time on the lake before it went off-limits earlier in the year before it switched to June.

“The lake has big bass,” he said. “I caught a nine-pounder and many six-pounders on the Deps Evoke 2.0 and 3.0 squarebill. But, that was early in the year.”

Since the lake has been off-limits, Matsushita has been fishing lakes similar to Ray Roberts, like the famed Lake Fork. He admits that fishing wood is a new concept for him and he’ll see plenty of that during the Bassmaster Classic.

Since this event is in June in Texas, Matsushita believes it will be an offshore tournament, but there may be a bite shallow around spawning bluegill.

“Since it is early summer, the fish want to ‘eat, eat, eat’ after they are finished spawning,” he said. “I think the Deps Evoke 2.0 and 3.0 will be good or the Sakamata Shad (shown). If they are around bluegill, I will use the MT Wake, Bullshooter, and Bull Flat. I might also use the Basirisky frog.”

If cranking, he likes the Evoke crankbaits.

“It has a very strong vibration and pushes water,” he said. “It is easy to use and casts very good. The bass really like the movement.”

READ RELATED: New and Under the Radar

A situation that Matsushita sees playing out is targeting suspended bass. If that is the case, he will opt for the six and eight-inch Deps Sakamata Shad, a jumbo fluke-style plastic. The bait comes in two versions, including a heavy weight option that was part of his winning pattern at the Sam Rayburn Bassmaster Open in 2020.

“In deep water, I will use the eight-inch heavy weight version,” he said. “I will fish this with no weight.”

He also plans to use the smaller six-inch version with a method he calls “jighead shaking” that he says is similar to a scrounger head.

“It is very good for early summer and also for schooling fish,” he added.

If he notices spawning bluegill, Matsushita will either use a large and noisy wakebait like the Deps MT Wake or a bluegill imitating swimbait like the Bullshooter.

Another option is a bluegill-shaped soft plastic like the Bull Flat, a flat shaped plastic with specialized plastic and weighting to control the movement of the bait. He plans to use both the 3.8 and 4.8 sizes and will rig them in many ways.

“I like to fish it on a light Texas-rig and also on a free rig,” he said. “It is also good on a Tokyo Rig.”

The bait can also be fished on a drop-shot, used as a trailer on a vibrating jig, or even a Carolina-Rig. It comes in three sizes, from three inches to 4.8-inches long.

Since 2016, Matsushita has competed in 21 Bassmaster tournaments (cashing checks nine times) and hopes to qualify for the Elite Series. This season, he is fishing all three divisions of the Bassmaster Opens. Even before jumping to the front of the boat, the Japanese anglers competed in six tournaments as a Co-Angler with FLW in 2008 and 2009.

The desire to fish for a living has been there for years and he hopes to make it a reality soon.

Matsushita is well on his way to becoming the next Japanese angler to join the Bassmaster Elite Series. Early on in the season, he is in second place in the Bassmaster Opens Angler of the Year standings.

“I hope I make the Elite Series,” he said. “This has been my dream since I was 19 years old. I wanted to come to the United States and fish professionally.”

Through his fishing, he has made friends with fellow Japanese anglers fishing in the states. That includes Takahiro Omori, Shin Fukae, Taku Ito, and Kenta Kimura. He hopes to join them in the professional ranks soon.

Matsushita has tasted success so far and is eagerly awaiting his first Bassmaster Classic appearance. He believes this event could be won either shallow or deep and will check both out when practice starts for the event.