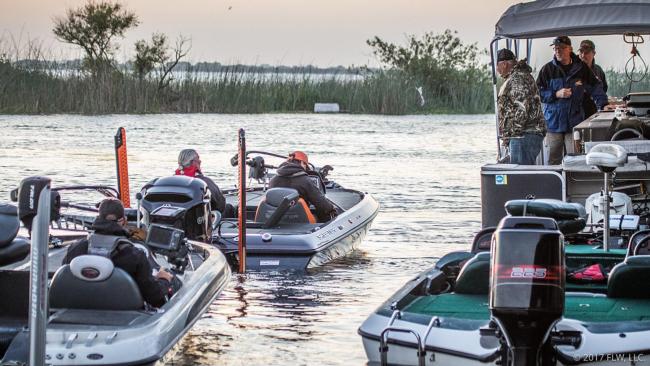 BETHEL ISLAND, Calif. – More than 150 pros and co-anglers are set to close the Costa FLW Series Western Division regular season next week, Sept. 27-29, at the Costa FLW Series at the California Delta presented by Power-Pole. The tournament, hosted by Russo’s Marina and the Sugar Barge RV Resort and Marina, is the third and final regular-season event scheduled in the FLW Series Western Division. The event will feature anglers competing for a top award of up to $75,000, including a brand new Ranger Z518C boat with a 200-horsepower Evinrude or Mercury outboard.

“Overall, the Delta is fishing a little differently than we’ve gotten used to,” said Yamamoto Baits pro Jimmy Reese of Witter Springs, California, a two-time Forrest Wood Cup qualifier. “We can always catch fish doing the normal, Delta-type fishing – current-related, flipping, a ChatterBait, a spinnerbait – all of those standard ways of catching fish are still there. But, a lot of the grass has been killed off. Guys are going to be searching – not for fish, but for vegetation. It’s going to bring quite a few different things into play.”

Reese said that he expects anglers that move around and have multiple different areas to do well as he doesn’t expect one area will hold enough fish to last for three days of competition.

“You can rely on one spot for a day, maybe a day and a half, but nothing will hold up for three days,” Reese said. “I think the key will be dialing in on something off-the-wall that people overlook in the community areas where people normally fish. I think someone who fishes outside the box will do really well.”

Anglers will take off and weigh-in each day at Russo’s Marina, located at 2995 Willow Road, in Bethel Island. Takeoff will be held at 7 a.m. PDT each day of competition and weigh-ins will start at 3 p.m. All takeoffs and weigh-ins are free to attend and open to the public.

FLW is the world’s largest tournament-fishing organization, providing anglers of all skill levels the opportunity to compete for millions in prize money in 2018 across five tournament circuits. Headquartered in Benton, Kentucky, with offices in Minneapolis, FLW and their partners conduct 286 bass-fishing tournaments annually around the world, including the United States, Canada, China, Italy, South Korea, Mexico, Portugal, South Africa and Spain. FLW tournament fishing can be seen on the Emmy-nominated “FLW" television show, broadcast to more than 564 million households worldwide, while FLW Bass Fishing magazine delivers cutting-edge tips from top pros. For more information visit FLWFishing.com and follow FLW at Facebook, Twitter, Instagram, YouTube and Snapchat.