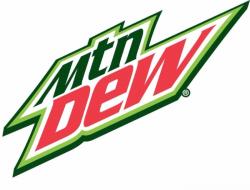 "We're excited to be teaming with an iconic brand like Mountain Dew for what promises to be one of the best Elite Series in B.A.S.S. history," said Bruce Akin, CEO of B.A.S.S. "B.A.S.S. has assembled a team of sponsors that are leaders in their industries, both within the sportfishing arena and beyond it. Mountain Dew has a history with the sport, and we are thrilled to have them in the B.A.S.S. family."

That family also includes fan-favorite and veteran Elite Series pro Gerald Swindle of Warrior, Ala., who continues his role as a Mountain Dew athlete, branding his jersey, boat, and truck with the soft drink logo.

Besides the St. Johns tournament, Mountain Dew also will partner with B.A.S.S. to sponsor events at Winyah Bay, South Carolina, April 7-10; Wheeler Lake, Alabama, April 28-May 1; and Mississippi River, Wisconsin, Sept. 8-11. The brand will be featured in a hospitality tent, as well as exhibit space, at all four.

Mountain Dew first joined with B.A.S.S. as a supporting sponsor of all Bassmaster tours in 2013. Additionally, it was a presenting sponsor for the 2014 Bassmaster Classic.

About B.A.S.S.
B.A.S.S. is the worldwide authority on bass fishing and keeper of the culture of the sport. Headquartered in Birmingham, Ala., the 500,000-member organization's fully integrated media platforms include the industry's leading magazines (Bassmaster and B.A.S.S. Times), website (Bassmaster.com), television show (The Bassmasters on ESPN2), social media programs and events. For more than 45 years, B.A.S.S. has been dedicated to access, conservation and youth fishing.