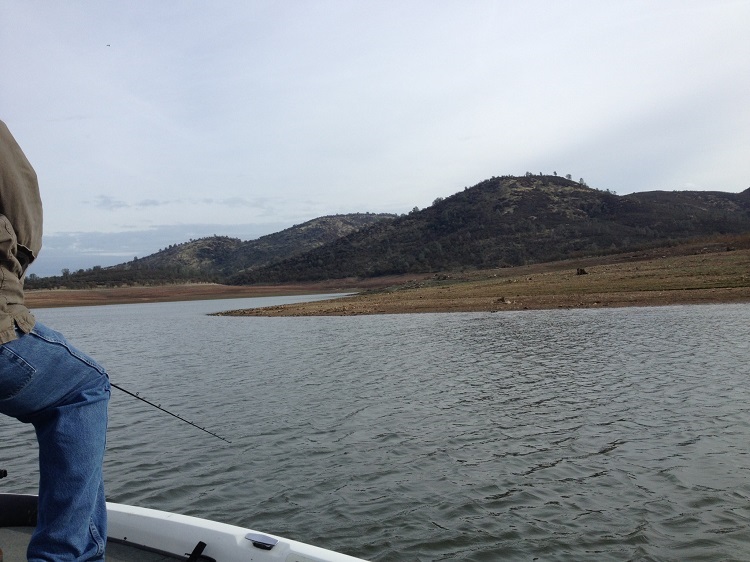 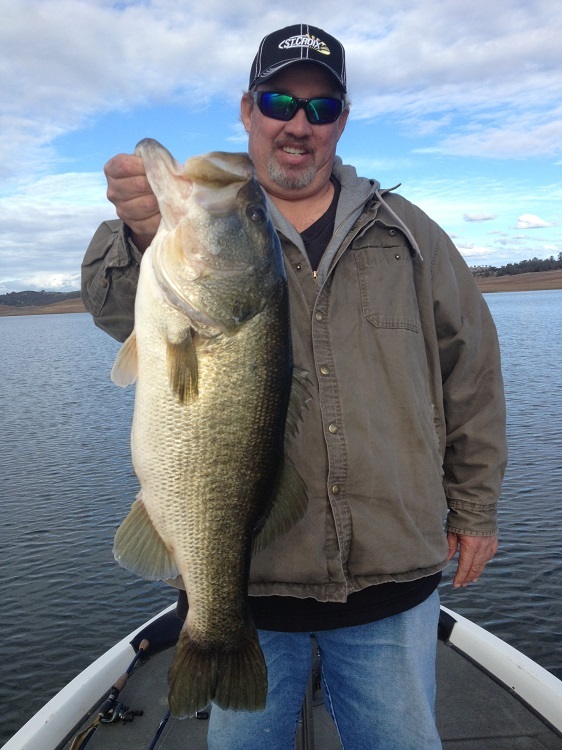 Lafever and his son Brian launched on to the lake at about 9 a.m. "We were about two hours in when the big one bit," said Stanley. "I was reeling in and she just stopped the bait. She came up and wallered her big head around.

"She tried to jump, but she was so big she couldn't get out of the water. She didn't fight that long. She came up and made some tail wash by the boat and Brian tried to get her in, but he missed her. That is when I got a good look at her and saw she only had one hook in the side of the mouth."

The fishermen got the bass in the boat on her next pass by.

"I have caught five 10-pounders in tournaments and this was bigger than any of those. I will call it a 10-plus, but It is the biggest fish that I've ever caught. The picture doesn't do it justice."

After a photo, the big fish was returned to the area that she came from.

"She was on a main lake point," recalled Stanley. "I took a picture of the point. It was a  tapering, 'nothing-looking' point. Not really anything different to notice about it, but she was there."

They picked up more than a dozen fish in the six hours that they were on the water - most in the 2 lb class.

The fishermen concentrated in the east narrows, where the water a bit dirtier and two degrees colder. Target areas were tapering, flat banks.

"Those kind of areas where you can make a long cast, but the boat is still in 8- or 9-feet of water," he explained. "The fish were mostly in the backs of little feeder creeks and the points right before those feeder creeks, in about 2 to 6-feet of water."

The conditions were cloudy with intermittent breaks of sun. The water temp was about 58 degrees. Water clarity varied and allowed visibility that ranged from 1- to 3-feet.

"There was really two ways that we were catchin' 'em," he explained. "We could throw the Tungsten Vibe out, fishing it slower and letting it tick off the bottom.

"Also we caught 'em burning it back. It changed hour by hour. It seemed like burnin' it was better when the sun was out or the water got shallower." 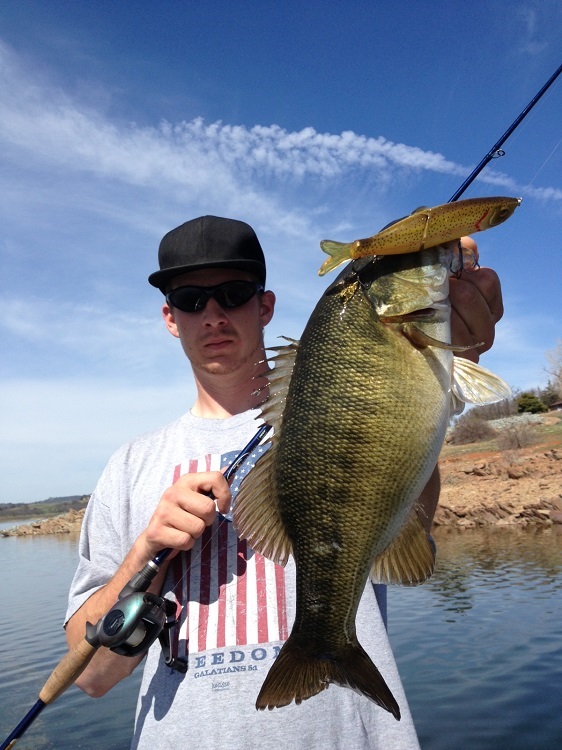 For those heading out to the lake, be ready for low water conditions.

"I have been fishing here since the '80s and I've never seen the lake this low," said Stanley. "There is a big eye that holds the cable to hold the dock and the water is so low that the eye is out of the water, so is no way to hook the dock up.

"There are plenty of places to fish though. There are still spots to fish that are 50-feet deep."

Prior to this catch, with more than three decades of Hogan fishing, Stanley's lake best was an eight. He and his son hit the lake several times a year.

Brian is shown with a smallie, he picked up this past spring at Hogan on a S-Waver.