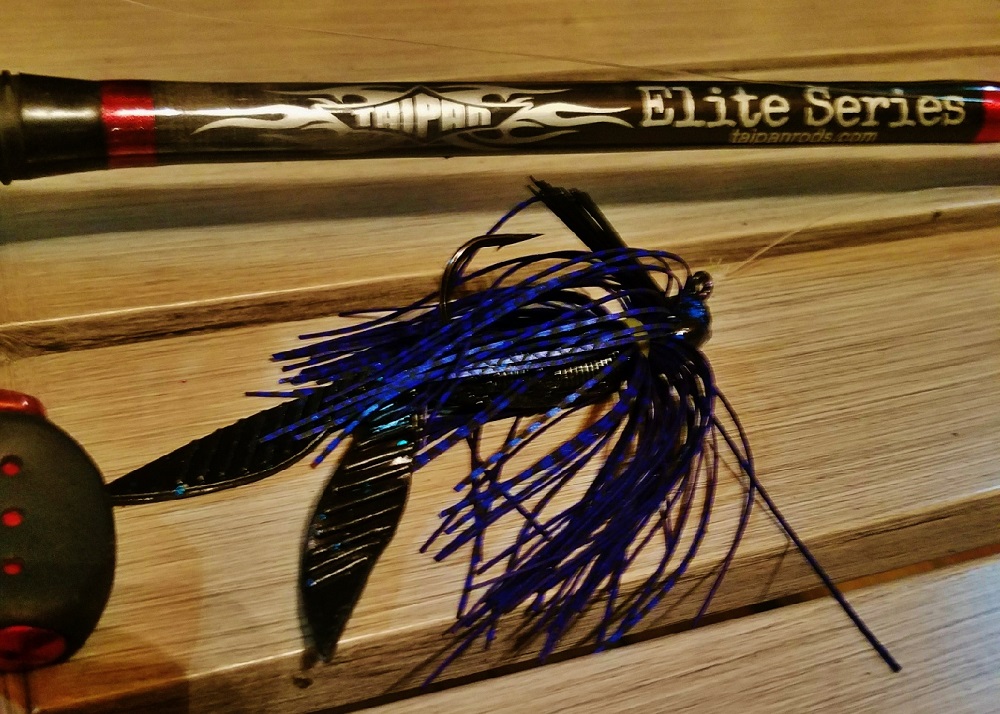 As the newest Bassmaster Elite rookie traveling in from the West Coast, Roy Hawk of Lake Havasu City, Ariz. made quite a splash this past weekend in his debut performance at Lake Martin – the first stop of the 2018 Elite Series. 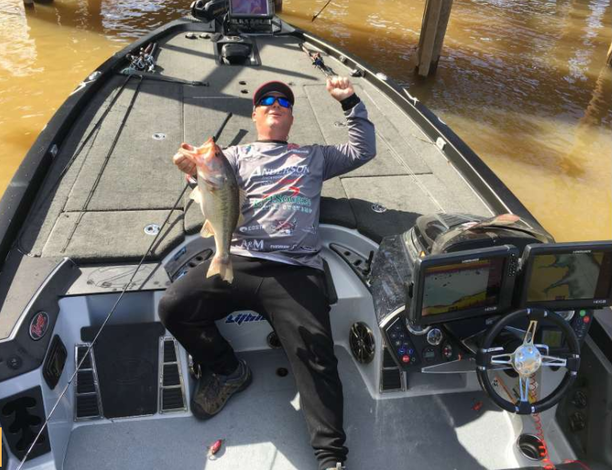 Hawk started off the event in 28th place with a Day One weight of 11-pounds, 11-ounces.

Adding 17-pounds, 1-ounce on Day 2, Hawk’s two-day total soared to 28-pounds, 12-ounces. With that, he climbed 20 spots on the leaderboard into the runner up position.

Day 3, he held fast to 2nd place as he weighed 13-pounds, 3-ounces, bringing his total to 41-pounds, 6-ounces and putting him on the fishing side of the top-12 cut for Championship Sunday.

His final day he hauled up 11-pounds, 2-ounces to secure the 2nd place finish and a $25,000 payday in his first-ever Elite competition.

“It was a lot of fun – just a great trip – even if I hadn’t of made it where I did, it was so great to fish a B.A.S.S. event like that,” he said. “The guys here are so awesome. It has just been really cool.”

Hawk decided he would spend more time fishing and less time driving by remaining close to the launch ramp.

“It’s not a huge lake; but you could take an hour off of your day by running to a spot and coming back,” he explained. “So, I just stayed local and looked at each day as a pre-fish. I just kept saying each day is pre-fish – even on event days. I would just start like it’s the 4th day of pre-fish or it’s the 5th day of pre-fish. So, each day I would experiment, trying a little bit of a new style to see if I could catch bigger fish or just by randomly doing something new, I would come across a big fish from something other than the run-of-the-mill stuff."

Looking back at the event and the different ways he caught fish, Hawk noted that his best patterns came from paralleling steep banks with a crankbait, running a crankbait through laydown wood and flippin’ a jig were the cover was too heavy for a crankbait. 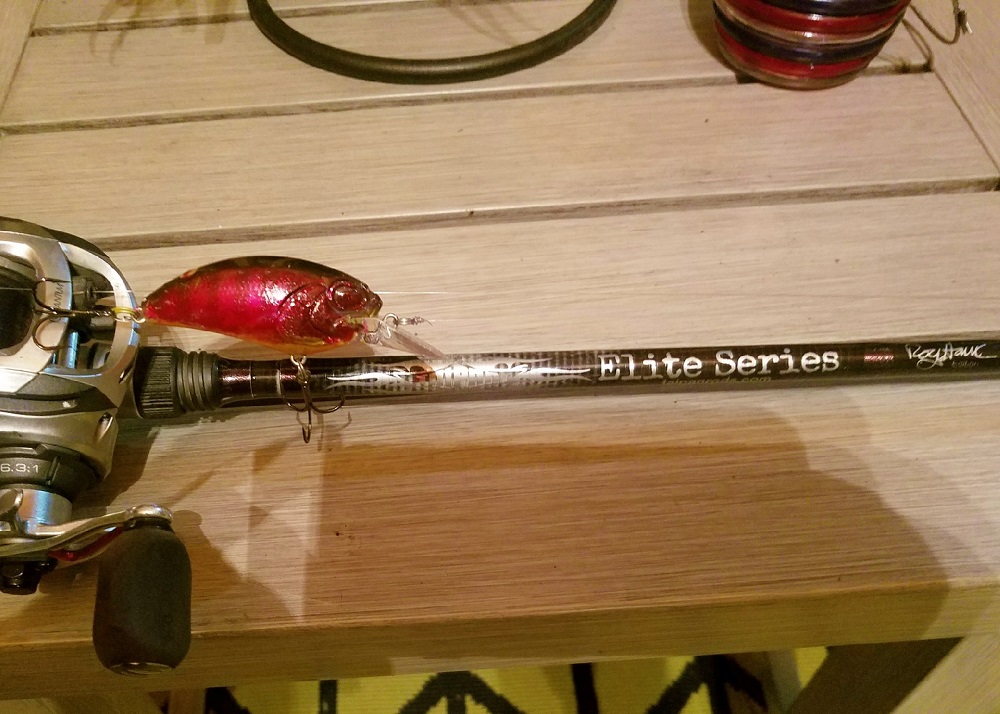 His crankbait was a Duo Realis M625A in scarlet or a “custom” variation on the scarlet color.

“I started out with scarlet and I ran out of ‘em, losing ‘em while using ‘em,” he said. “So, I was hand painting them with nail polish to create a similar color to scarlet. It wasn’t the true production color; but it was very similar. I wasn’t trying to make a ‘trick color’. I would’ve rather had the true scarlet.”

Hawk flipped a 1/2-ounce Pepper Custom Baits Original Pepper Jig in black/blue with a one of two Yamamoto plastics as a trailer.

“I added either a Flappin’ Hog or a 5-inch Double Tail,” he said. “Both of them were the same color black/blue flake. It was the only color that I had any success with in this tournament.”

He flipped this Pepper Jig/Yamamoto trailer combo on a 765 Taipan Flippin’ Stick.

Hawk wanted to relay how happy and excited he was to have the opportunity to take this Elite Series journey.

“I am so fortunate to have all my sponsors and friends and family,” he added. “People came out of the woodwork to help make this happen – even with gas money, because they knew I didn’t have a lot. I cannot say how thankful I am for that. It helped get me here and part of my success is due to them."

Hawk is no stranger to success. Among a myriad of achievements throughout his fishing career, most recent honors include an FLW Western Division Angler of the Year (AOY) title in 2016, which he followed up with an AOY title in the Pro Division of the Bassmaster Central Opens in 2017 – qualifying him for the Elite Series in 2018.

WHAT’S NEXT AS A BASSMASTER ELITE SERIES ANGLER

The next two regular season events for Hawk and his fellow Elite Series anglers blast off in April (for those not fishing the Classic). The first will be held April 6 - 9 on the Sabine River in Orange, Texas. It will be followed on April 26 – 29 with a stop at the Grand Lake O’ The Cherokees out of Grove, Okla.

In the meantime, Hawk fans can look forward to the spring edition of the WesternBass.com Magazine, where Hawk graces the cover and shares his thoughts on the newest chapter in his fishing career on the Bassmaster Elite Series.