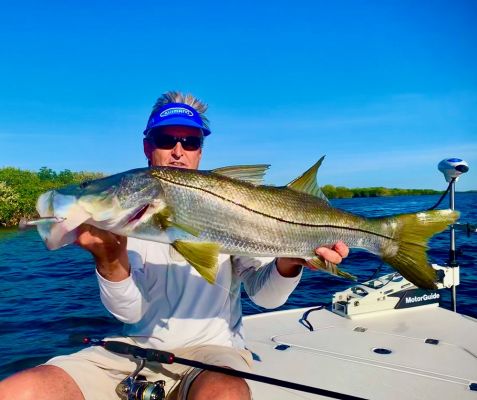 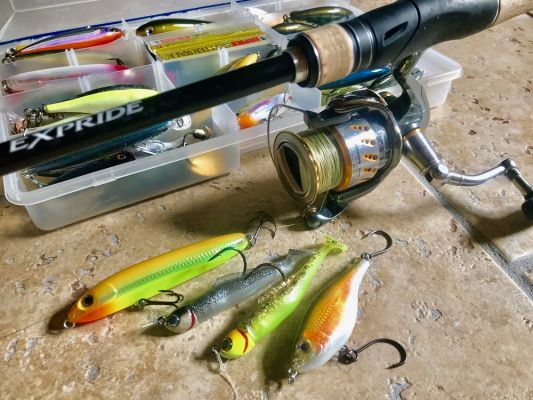 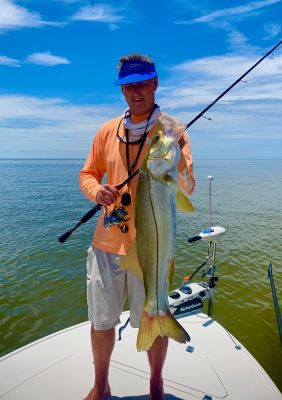 There are saltwater anglers and then there are freshwater anglers. Often it is one of the other, but many are equally at home in both environments. Included in the latter group is Bassmaster Elite Series pro Bernie Schultz, who fishes for both as much as he can.

He lives in Florida and when he's home from the professional bass fishing tour, you can likely find him in saltwater often out of Cedar Key or the Crystal River chasing snook, redfish, trout, tarpon, and more.

Being an avid saltwater angler and pro bass angler, he sees many similarities between the two. He targets saltwater fish exclusively with artificial lures and uses the same rods and reels as he does for bass. Beyond that, he also targets them many of the same ways with similar baits.

The Same, but Different

Using artificial baits for predator fish stays the same for fish no matter where you live and what waters you fish. Schultz agrees and approaches it the same way.

"There are many similarities between saltwater and freshwater species if you want there to be, especially with inshore saltwater fishing," he said. "The way I like to saltwater fish is light tackle for redfish, trout, and snook. I use the same tackle as I do for bass fishing."

Schultz approaches fishing for these species as he does for bass in the spring.

"We do a lot of sight-fishing and stalking cruising fish. You have to be super stealthy and make long casts and that has helped me in my bass fishing," he said. "Anyone can improve their bass fishing by fishing inshore saltwater species."

He fishes saltwater because he loves it and added that it helps to keep him sharp. He's often on the water with his son, Daniel, a sales rep for The Coffey Company, where he handles Shimano in the southeast.

"He's an excellent angler and was awarded Shimano's 2019 'Rep of the Year' and given the 'Stella Award.' He's the youngest ever recipient for that award, which is a huge honor for any rep," he said.

Another similarity between the two types of water is the bait styles Schultz uses.

"The lure selection is very similar. We use quite a few topwaters, swimbaits, and jerkbaits in saltwater like I do for bass fishing," he said. "Bass fishing does have more special circumstances like when it comes to different types of plastics; we fish on the bottom."

One slight difference is what Schultz has found when it comes to working lures.

One item he mentioned that is a perfect crossover bait is a bait he designed for Hildebrandt, the Drum Roller Jig.

"That is my go-to swimbait head for smallmouth, but I also use it to catch tarpon, trout, flounder, and more. The main difference between fishing freshwater and saltwater is the size of the fluorocarbon line I use," he said. "In freshwater, we downsize to the eight and ten-pound leaders and in the salt, it is 30 or 40-pound test because the fish are violent and have more teeth and abrasive jaws."

He primarily utilizes the Shimano Expride rods and has four models that cover pretty much everything he will come across on the saltwater flats.

"I like the seven-foot models for spinning and the 270M and 270MH are great for swimbaits to jerkbaits. For baitcasting, the 170M-G (glass) and 172ML BFS," he said. "The selection of rods is much more limited in saltwater because there are not as many variations as there is in freshwater bass fishing."

When it comes to reels, he again uses similar products and likes the Shimano Stella and Stradic reels for spinning and the Chronarch G for baitcasting.

"The Chronarch G stays smooth in the saltwater. I have some that are beat up cosmetically because I don't take the best care of them, but mechanically they are great because they are a very durable reel," he said. Schultz also said that he has been impressed with the new Metanium MGL and how it has performed in the salt.

For spinning, he says it is hard to beat the Stradic or Stella. "The drags are silky smooth and that is so important in saltwater because the fish are mean and shake violently," Schultz shared and said, all he does is hose them down when done to remove the salt to keep his gear in excellent working order.

Venturing in the saltwater, or targeting other species in general, can significantly improve your bass fishing. There are many similarities between different fish species when it comes to fishing for them with artificial lures and any day on the water, either fresh or salt, will make you a better angler.