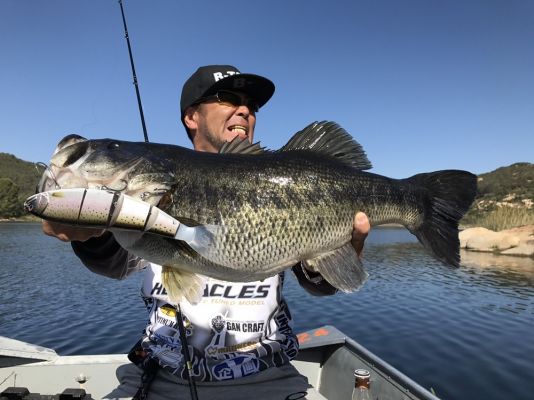 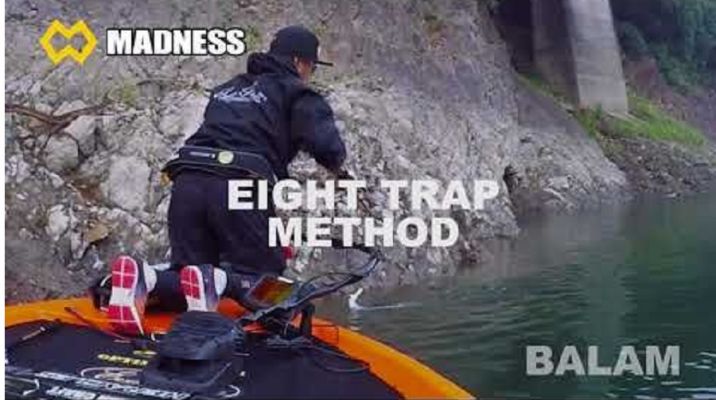 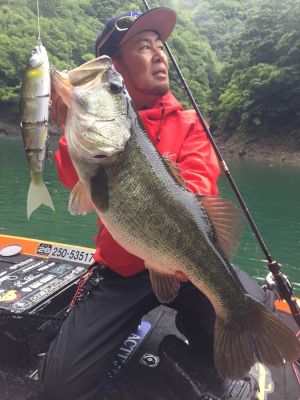 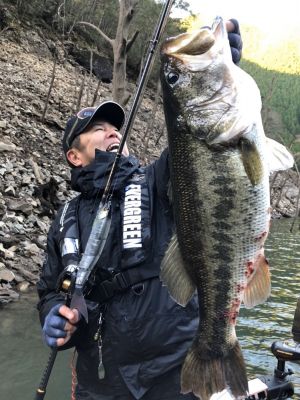 Many large swimbaits are meant to be fished slowly and crawled along the bottom as they imitate trout and other big baitfish. This works for most styles of swimbaits, and they catch their fair share of big bass, but sometimes a faster speed is needed to trigger bites for bass conditioned to swimbaits.

A lure that was made especially for fishing this way is the Madness Balam 300.

The Madness Japan Balam 300 is a unique swimbait that doesn't fit the mold of other big baits. For starters, it is a four-jointed bait that is a foot-long, and it weighs around six ounces. It is a big bait in every sense of the word, and another unique thing about it is how well it fishes at high-speeds.

The design came about from Japanese big-bass guru Satan Shimada who has a 19.2-pound bass and plenty of other big ones to his name. He is a true trophy-hunter and helped to create this bait as a way to trick big bass by fishing fast and getting them to react.

"I compare the similarities between an F1 race car and the Balam," Shimada said. "The sounds emitted from the Balam's four joints speed is like a race car zooming around the track. The sounds come and go as it zooms towards you and away, and bass can hear and feel as the Balam approaches into their territory."

He believes the combination of sound and speed causes the bass to react so well to this lure.

Watching Shimada fish the Balam is like others burn a crankbait or fish a buzzbait on the surface. He fishes it fast and says that a quick retrieve is the biggest key when fishing this lure.

When asked why it works at such fast speeds, he had a logical explanation.

"I think that giant baits have never been retrieved so quickly before," he began. "Simply put, I think it is a world where bass have never experienced this before. I think that it is more important to appeal with a reaction bite than to appeal to the eating habits of bass."

The Eight Trap Method aka "Balaming"

If you search for this on YouTube, you can see this unique way of fishing in action. It resembles the "figure eight" commonly seen in pike and muskie fishing with the fast movements of the rod right next to the boat to trigger strikes from followers, and it works very well with the Balam 300 for bass.

Shimada discovered this retrieve style by chance and has been using it with success ever since.

"The concept of the eight trap is to get the bass to turn on its switch and get excited. It's like they lose all control," Shimada said. "Typically bass get spooked when they see the boat or the angler, however when the switch has been turned on due to the high speed retrieve or 'Eight Trap,' the bass only focuses on the lure and wants to kill it."

Fishing a lure in this way is out of the norm for most bass anglers, but Shimada says to keep with it even if it doesn't work right away. "If you're an angler who has tried the eight-trap without any luck, I urge you to try and try again as it's a deadly technique," he said.

When and Where for the Balam 300

Like most big-fish techniques, swimbaits shine when big bass are feeding on big forage and when push shallow to spawn.

This is when many of Shimada's big fish have happened, but it will work other times of the year. "My best success is after a long winter when the fish are hungry, and most of the big ones are up shallow," he said.

He also looks for high-percentage areas like bridge pilings, trees, and rocky banks. In his many YouTube videos, he can be seen tight to the bank with his boat nearly on the shore as he parallels bluffs, rocks, and above submerged trees.

"The Balam is a lure that excels when you approach points where the bass should be located at and retrieved at super ultra-high speeds," said Shimada, who has learned to anticipate when strikes will occur and how he can use a fast retrieve speed to his advantage.

READ RELATED: How Josh Parris Catches Big Ones at the Delta

A bait of this magnitude requires specialized equipment both to cast and fish such a large lure. Shimada said the differences between Japan and the States are vast in terms of gear used and personal preferences, but shared what he uses when fishing the Balam 300.

For starters, he likes a 25-pound nylon (monofilament) line because it has enough stretch to handle strikes at close distances. His line of choice is the Evergreen Bassile Flexhard HG.

For rods and reels, he is looking for a balance of flexibility and strength, while also being light enough to handle for hours at a time.

"The Shimano Antares DC MD XG is the best reel in the world right now. It has a high-speed retrieve and is still light so you won't be tired from reeling a giant bait all day long," he said and added that a gear-ratio over 8.1:1 is best.  Shimada says this reel will bring in 36-inches of line per handle turn, which helps move this bait at quick speeds to get reaction bites.

He prefers a 7'9" extra-heavy Evergreen Hercules Acteon Magnum EX rod. "I think a softer rod is needed for the retrieve, but it still needs the power to cast a six-ounce lure. What is important is to have a rod that can hook bass and not be too stiff," Shimada shared.

Burning a big swimbait at high-speeds is something that most other anglers are not doing yet here in America, and it is something the bass do not see every day. With a lure designed to be fished quickly, and run true, like the Balam 300, you can get away with speed retrieving a foot-long swimbait.