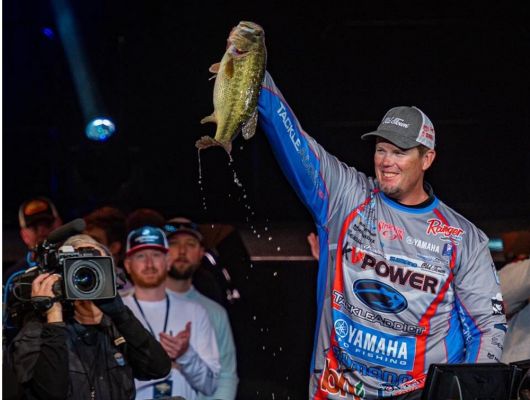 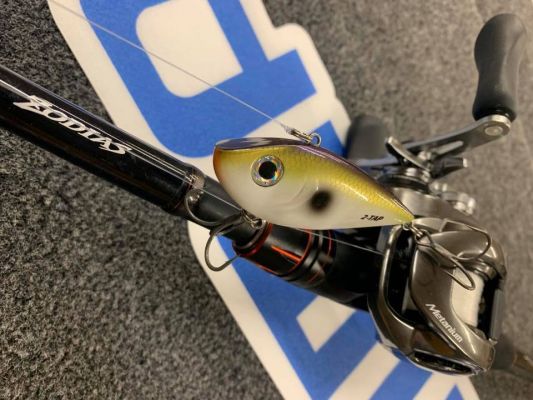 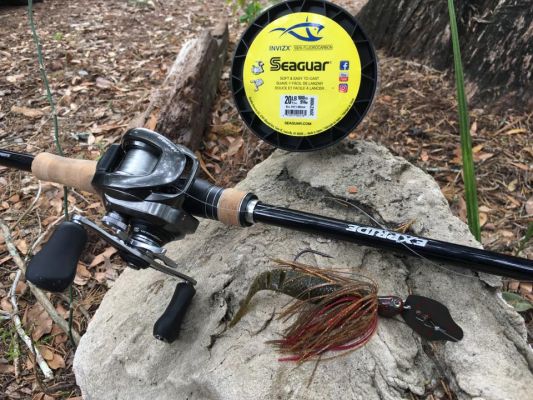 Anytime Bassmaster Elite Series pro Keith Combs launches his boat early in the year; two baits are always rigged and ready. The vibrating jig and lipless crankbait are never out of his reach from late winter until after the bass spawn. His confidence in these two lure styles is high because they have proven themselves time and time again.

Not Just the Pre-Spawn

Many anglers fish these two lures heavily in the weeks leading up to the spawn, but Combs says they deserve a chance even when the bass are on beds.

"Spring is usually a time with volatile weather and big cold fronts. That can be a trap for anglers when bass are bedding and I think some anglers may miss that clue," Combs believes.

He chooses these two lures because they excel when fishing locations near spawning areas.

"It is amazing how quickly bass will get back into deeper water in their pre-spawn locations with a little bit of colder weather. The lipless crankbait and vibrating jig are exceptional for those fish that just backed down from the beds," Combs said. "That's why these two never leave my arsenal during the spring months."

A Love for the Lipless

Combs admits that he is a lipless crankbait fanatic and that he throws a variety of styles and sizes of these popular lures. One of his favorites this time of year is the Strike King Red Eye Shad Tungsten 2 Tap because of the unique sound it has.

"Lipless crankbaits are great because of the vibration and sound they make. The 2-Tap is a big fish bait because of all of the water displacement," said the Texas pro who added some info on what he is looking for when throwing a lipless crankbait early in the season.

"I like to position my boat in the middle of ditches and drains and fish the flats on both sides of the boat. Grass is great but isn't necessary and I'll also try to make contact with the bait on cover like stumps, shell beds, and high spots," he said.

When working the bait, he will vary his retrieves and often rip it up and let it fall back down. He's also a big fan of a glass rod for this way of fishing because he feels it enables the fish to get the bait better.

His rod of choice is a Shimano Zodias 172 MH, A 7'2" medium-heavy cranking rod that he also uses for some diving crankbaits.

"It is a very versatile rod and the glass allows the bass to get the bait, but the rod still has enough backbone to rip a lipless through the grass," said Combs.

He pairs that rod with the new Metanium MGL in the 7.1:1 gear ratio and spools it with 15-pound Seaguar InvizX. That reel has quickly become his favorite.

"I'm in love with it, it casts better than any other reel I have and it is effortless," Combs added. "It is probably going to sound too good to be true, but the one-piece frame makes it so much more sensitive."

Combs says the Metanium MGL is ideal for most applications. "I use them for quite a few techniques, but it has a shallower spool so it wouldn't be the best for deep-cranking. But, there's no comparison for how sensitive the reel feels," Combs shared.

Another lure that Combs keeps close is the vibrating jig, specifically the Strike King Thunder Cricket.

He will fish it in many of the same places he does with a lipless crankbait but will fish it shallower and he tends to work it up and over cover like submerged grass.

Combs alternates between several sizes for the Thunder Cricket but feels that a good all-around size is 5/8-ounce. When fishing it, he uses a similar setup as he does with the lipless, but opts for the Shimano Expride rod with the same 172 MH model number.

"Even though it is the same model, the Expride has more backbone and that is good for the Thunder Cricket. The rod has a lot of tip, but the blank is still glass and that helps with moving baits," shared the Elite Series pro. "The glass rod lets the fish eat the bait and it still has the right power to play big fish."

He again opts for the Metanium MGL and Seaguar's InvizX fluorocarbon, but ups it to a 20-pound test.

The lipless crankbait and vibrating jig are two of the best lures for springtime fishing and they have proven themselves as great ways to catch big fish. When Keith Combs hits the water, they are always rigged and ready this time of year.

READ RELATED: Behind the Rod and Reel Development of Shimano