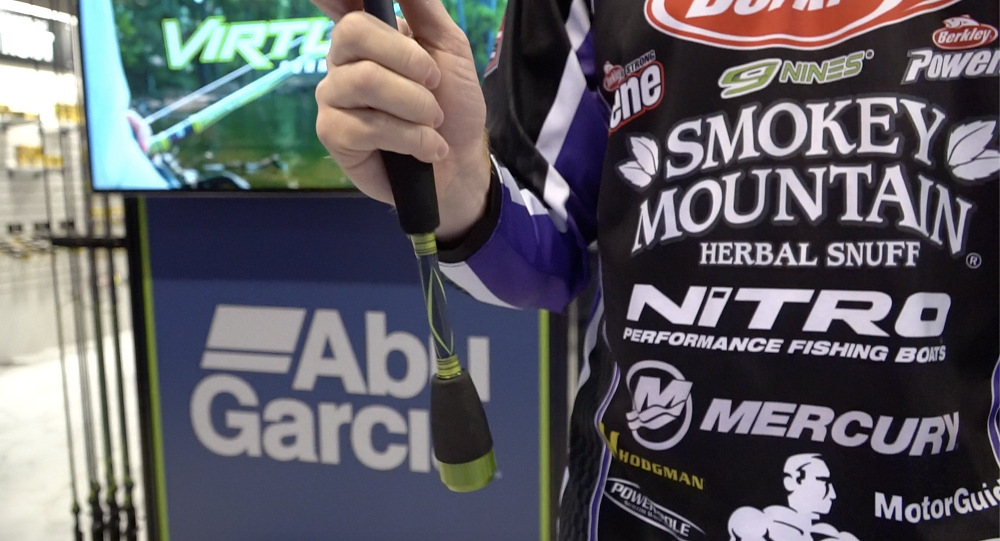 One of the biggest names when it comes to rods and reels is Abu Garcia. They’ve been a standard for bass anglers for years and make a full line of rods and reels for every budget. At this year’s ICAST show, they added some updated versions of proven products, revealed some totally new designs, and even added a “virtual" fishing rod. 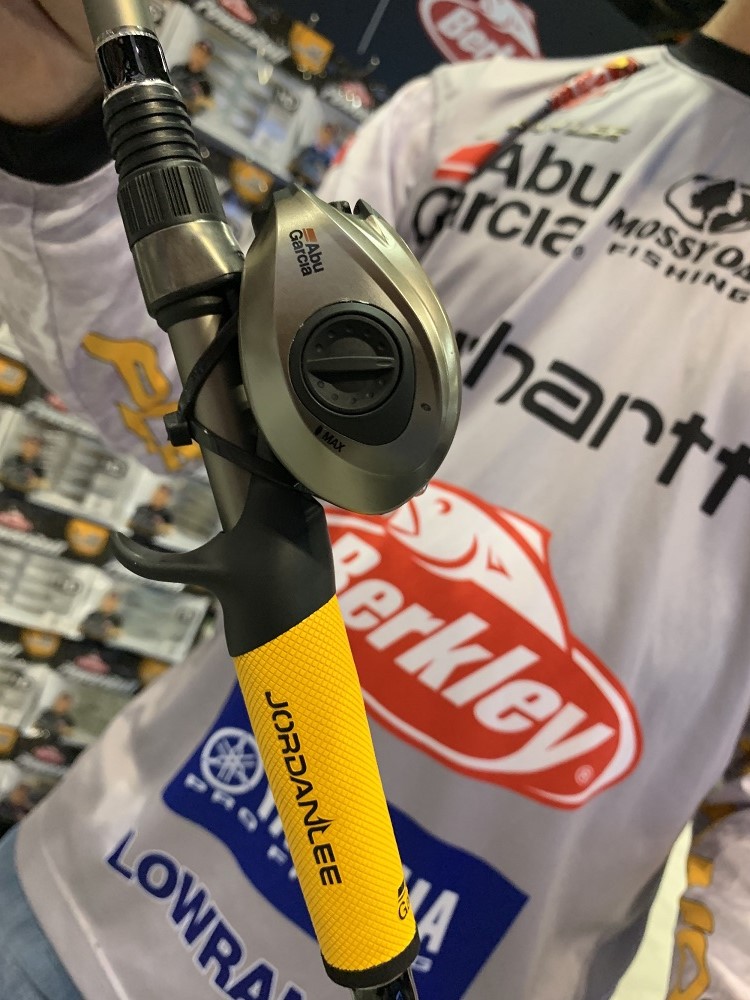 Mike Iaconelli’s “IKE” series of rods are well thought out and are divided into categories for moving baits as well as for those baits that make contact with the bottom. This year, they announced a new travel series for anglers on the go that have the same style and features as the original rods.

They have a casting a spinning model in the new travel series. Included are a versatile 7’ medium/medium-heavy casting rod and 7’ medium-light/medium spinning rod. Both rods come in a nice plastic carrying case with a shoulder sling.

What’s most unique about the rods is how anglers can adjust the action of the rod in seconds. The rods come with four pieces, but only three are used at a time. The bottom and midsection do not change, but anglers can swap between the two remaining pieces for different tip actions. If you change lures, swap out the tip section for the appropriate rod action for that technique.

This new rod series from Abu is “virtual,” but you can actually hold it and fish with it. The Virtual rods feature Bluetooth technology and pair with the popular ANGLR app that tracks casts, fish catches, and conditions during your trip.

The integration of this technology makes it even easier to use the ANGLR app and gather data about your fishing trips. The rods themselves are available in both spinning and casting models, with ten total rods to choose from.

Veracity Rods Are Back

The red Abu Garcia Veracity rods are back. They added a 3M Powerlux resin to make it stronger. They also emphasized comfort with cork and EVA included in the grips.

These rods were a favorite of bass anglers for their lightweight feel, sensitivity, and strength. Now they are back and improved. In total, there are 24 models to ranging from spinning and casting to big swimbait rods.

New for this year is a signature series of rods from pro angler Jordan Lee. These rods retail for around $100 for the rod and reel combo. They come in two different versions, a 7’ medium spinning rod and 7’ medium heavy baitcast setup.

The newest reel in Abu's extensive family of low-profile reels is the Revo EXD. This reel was made to do one thing better than other reels: outcast them all. Everything that went into this reel was meant to help aid in getting longer casts.

The spool is a unique design and helps to aid in casting. There are two EXD bearings on the spool shaft, and it comes with two different spools depending on fishing conditions and the lure used. They’ve added a shallow spool in the box to help cast light lures.

It is available in both right and left-handed retrieves and comes in two gear ratios: 5.4:1 and 7.1:1.

Pro anglers in the booth at ICAST said the slower of the retrieve speeds is tailor-made for throwing crankbaits and that they have never been able to cast a crankbait as far with any other reel. 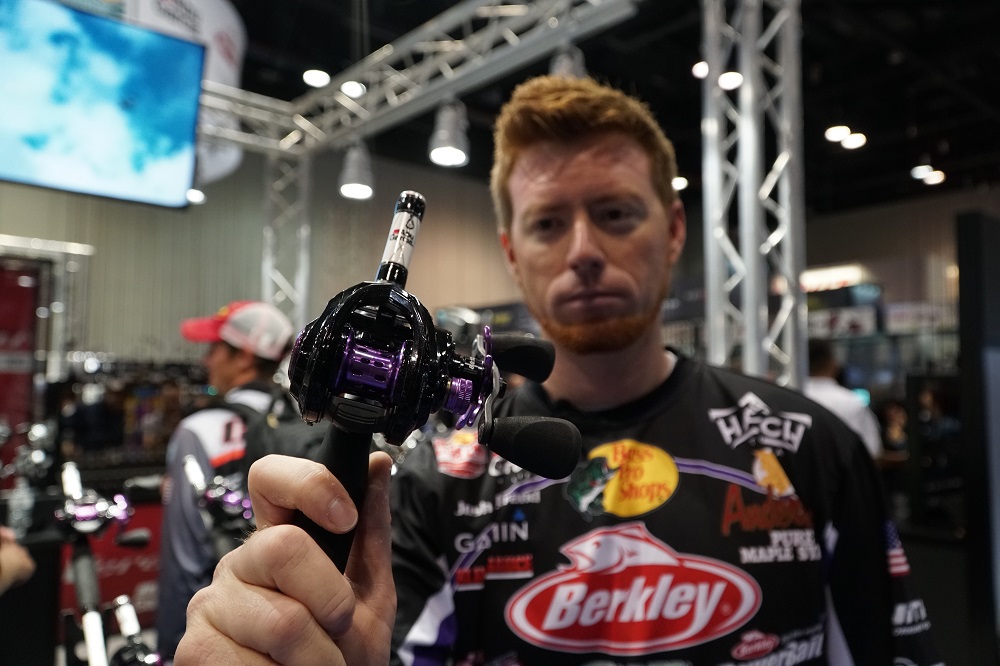 The Revo X is an entry-level reel with big features. Now, they added a more massive version meant for using bigger baits. The Beast-X has an extended handle with big knobs for fish-fighting leverage. They also have a reliable, Carbon Matrix Hybrid drag, and plenty of other features that make it both lightweight and strong.

The MGX lineup of reels are well known for being light, and the new Revo MGX spinning reel is even lighter than the previous editions. It is 5% lighter, more compact, and updated with a carbon-reinforced bail.

The Toro Beast also got a facelift, and the new version still has the power and toughness needed to use large baits and battle strong fish.

Both the SX and Beast are now a little faster. They souped up both versions to give them lightning quick retrieve speeds.

The SX is now available with a 9.0:1 gear ratio that pulls in an incredible 37” of line per handle turn.

The Toro is a beefy reel for big baits and big fish. It now has a 7.6:1 gear ratio option and remains robust and sturdy.

The Revo Beast is another big bait reel, and they gave it the rocket treatment. This version has a 9.2:1 retrieve speed, and it will pull in 43-inches per turn of the handle.

The team at Abu Garcia continues to innovate with unique products such as the Bluetooth fishing rod and Revo EXD. They also improved some of their most popular products with more comfortable rod grips, travel rods, and faster retrieves to some of their reels.