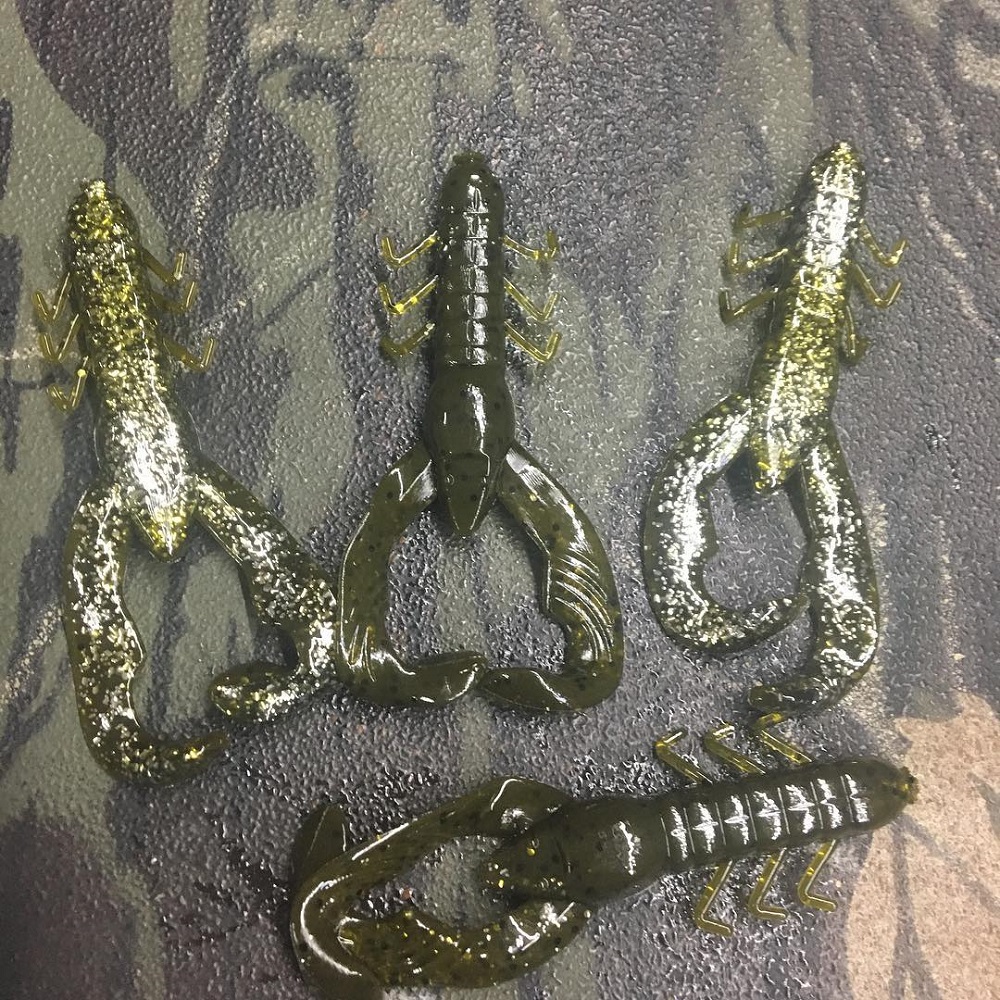 The creature bait has become an entire category of soft plastics, and many brands make them. This class of lures includes a host of styles, shapes and a varying number of appendages.

One angler who relies on them heavily for flipping, pitching, and punching is professional angler Jason Christie.

He has a mini family of these baits with his name on them and uses them in every season and in a variety of situations beyond just targeting heavy cover. 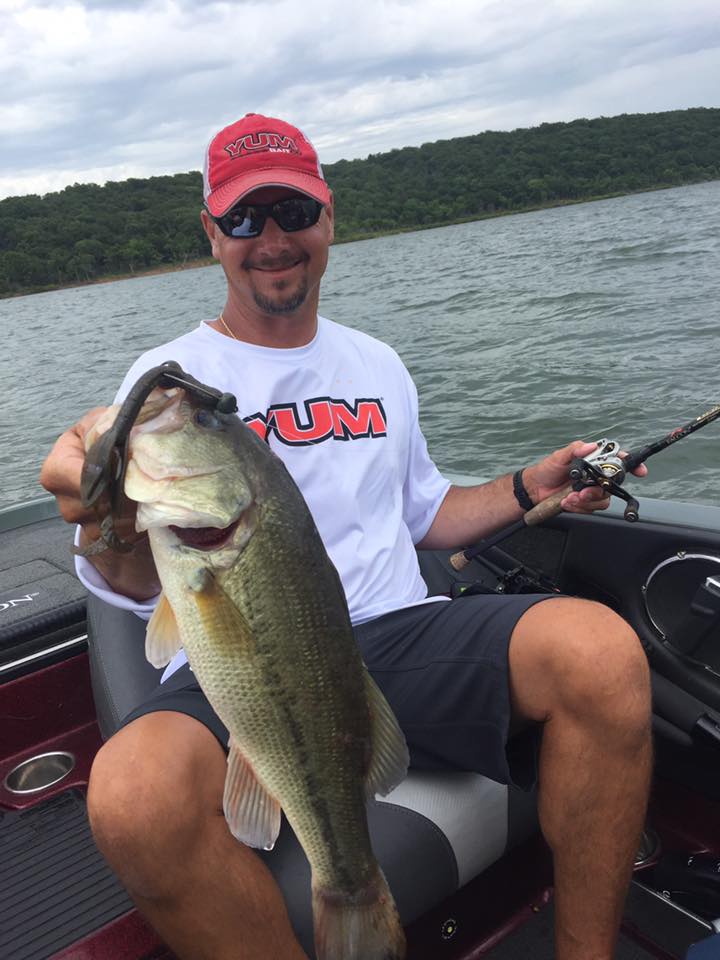 Punching and Flipping with Christie

A creature bait is ideal for these techniques and Christie designed his Christie Critter specifically for flipping and pitching cover.

The Christie Craw is a lure that he says is perfect for punching through matted grass.

“The Critter is made for flipping and pitching, and it works great. I like the Christie Craw for punching because it is so compact and was built to hold up to a 5/O Trokar TK130 perfectly,” he says.

Jason Christie says he has narrowed his jig trailers down to just two baits and that is in part due to how versatile his Christie Craw is.

“When you rig it on a jig, the legs are wider than the skirt, and this allows you to get tons of movement and water flow. It is something that I use on all of my jigs from pitching jigs to swim jigs,” says Christie.

He says Green Pumpkin with Purple is his all-time favorite color, but also says the Tin Foil color is one angler should look into. “It is great on a swim jig when the bass are keyed on shad,” says Christie.

READ RELATED: Maximize Your Spinnerbait with the Right Trailer

The Yum Magnum Christie Critter is a massive piece of plastic and measures 7.75” long. Christie says he designed this bait for offshore ledge fishing and fishing around standing timber.

“I use this on bodies of water that have big fish. Places where you are after five pounders and bigger,” he says. “I use it in on a Texas-rig in places where most people use a big worm offshore or if I am fishing deep bushes and standing timber.”

With a bait this size, Christie likes to use a 6/O and 7/O hook and is careful to use the right weight size.

“There is a lot of plastic here, and you need to get it down, so I will use a ½-ounce as the smallest and a ¾-ounce if I am flipping and pitching.”

There are times when you need to downsize your presentation and for Christie that is generally when he is sight fishing. The Yum Baby Christie Critter is a 3.5” bait and Christie will rig it with a 3/O hook.

“It has a nice defensive look when you cast it on a bed, and that fighting position is something that makes it a great bed fishing bait,” he says.

One of the recent trends in bass fishing is to remove the skirt from a buzzbait and affix a soft plastic toad. The combination makes a small profile and gives it plenty of action, but Christie has all but went away with that and instead uses his YUM Christie Craw.

“The Christie Craw has an excellent kicking action, and I like it better than a toad for my buzzbaits. I’ll even use it on the back of a spinnerbait at times,” he says. While the standard white color is a good choice, he’ll also mix in black and blue as well as the green pumpkin color. “Green Pumpkin is probably the one I use the most.”

During the interview with Christie, the author asked what makes his baits different than any other creature bait on the market, and he was ready with two reasons.

“Sure, there are some similarities to other baits out there, but it comes down to the sizes of the baits and the plastic used,” he began. “The Christie Critter, for example, is 4.5,” and that is a perfect size and I designed it specifically for post-spawn flippin’ where a four-inch is too small, and a five-inch is too big.”

The plastic formula is another differentiator according to the Oklahoma pro. “The plastic is a little bit denser than others on the market, and that doesn’t mean it is stiff. It stays on the hook much better, and you are not making a pitch and coming back with your bait all balled up as much,” he says.

The creature bait category of soft plastics has proven to be a way to catch bass consistently. Their versatility continues to be expanded, and Jason Christie has found that there are many different ways to use them and have success. 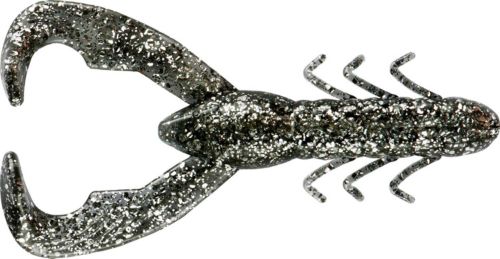