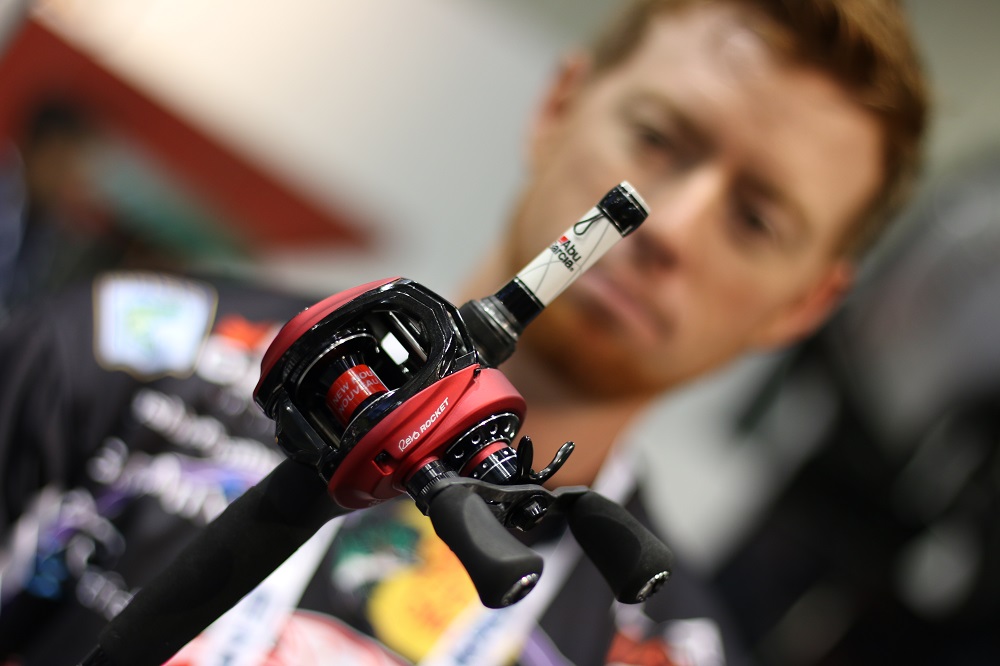 If you haven’t noticed, fishing reels have continued to become more and more specialized. The days of a “high-speed reel” having a 7.1:1 gear ratio are in the past and reel makers are now pushing the envelope even more with ultra-fast reels. In 2013, Abu Garcia unveiled the 9.1:1 Revo Rocket. This year, they pushed it even further with a 10.1:1 gear ratio. 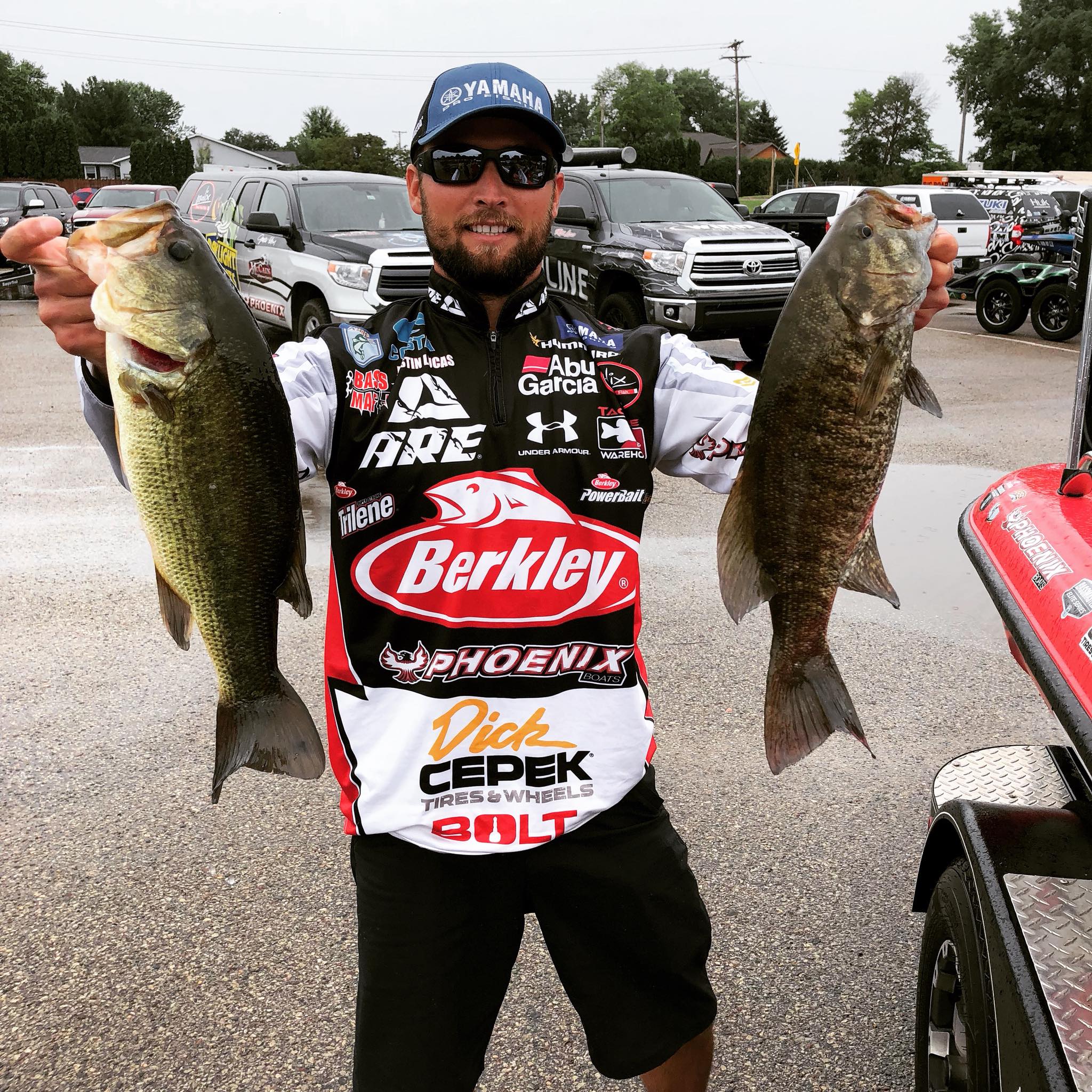 Why would you even need a reel that fast? We asked some of the top professional anglers that question to get the situations that they see a need for speed.

There are two main situations where Lucas reaches for a fast reel, and that is flipping and pitching and also when fishing deep water.

“Number one is flipping and pitching because you can make so many more presentations during a day if you can get your bait back to you faster,” he says.

That is a common choice and answer among the pros, but he also says deep water situations like football jigs can at times warrant a fast reel.

“It comes down to line pickup, and you can quickly pick up slack and set the hook on deep fish if you have a faster reel like the Revo Rocket,” he says.

Like Lucas, Bertrand agrees that pitching with a fast reel yields more presentations during the day but that is not the only situation where he picks up the Revo Rocket.

“Like pitching, you can get more casts in during a day while fishing a topwater bait. I can cover water quickly and hurry up and get the bait back in to make another cast,” Bertrand believes. “It makes the end of your cast more efficient instead of losing time by reeling it in that last few feet from the boat.”

Another time where Bertrand uses the Rocket is when fishing deep water with football jigs and magnum shakey heads.

“I love it for fishing deep. Just like topwaters and pitching, you can get the bait back in quickly, but it is also nice for picking up slack when fighting fish,” says the Arizona pro.

Avena uses the Rocket for the same situations as Bertrand and Lucas but has also found it to be great for buzzbaits.

“You need the buzzbait to stay on the surface, and the Rocket helps, but what I like about it is that you can move faster with your trolling motor going down the bank and still keep up. I can run it on 80% and still be retrieving it fast enough so I can keep moving the boat.”

The newest edition of this reel has become faster, but what is the real difference between the two speeds?

Avena says in addition to speed it is also an improved reel. 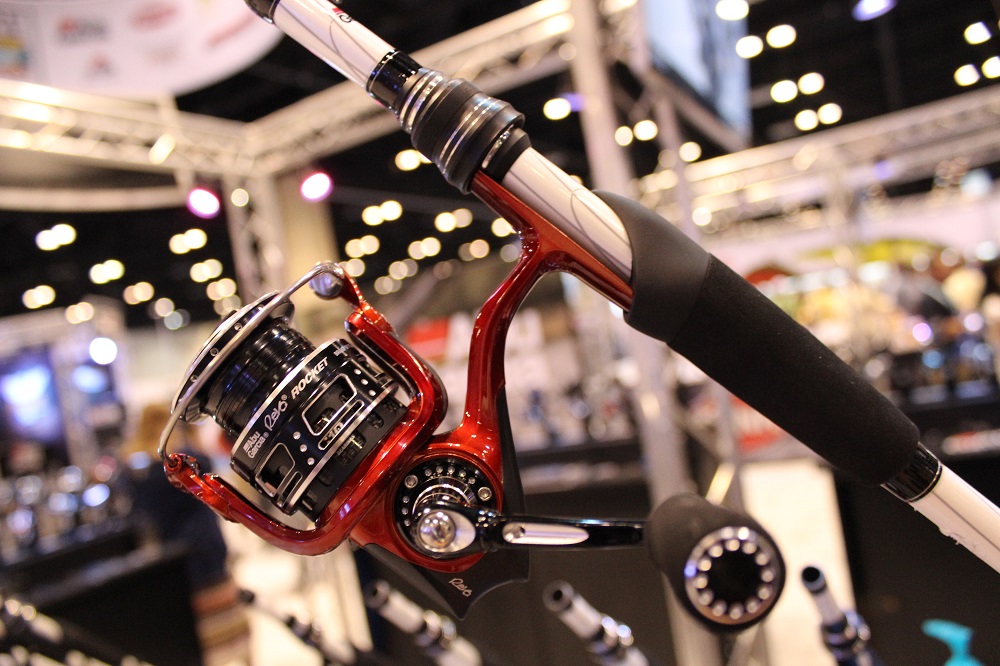 Much is made about the blazing speed of the 10.1 Revo Rocket baitcast reel introduction, but this lineup also boasts one of the fastest spinning reels ever made. Traditionally, spinning reels are slow gear ratio models that are usually 6.1:1 or less. The Revo Rocket spinning reel boasts a 7.0:1 ratio and it has become a favorite of Josh Bertrand for many situations.

“I like it for everything except for fishing spybait. That is about the only time when I want a slower spinning reel,” begins Bertrand.

That leaves many different situations where he likes some speed, but he says there are sometimes when it truly helps, and that is when fishing for fish he sees on his electronics.

“Any time I am fishing vertically I like the Rocket. Just like pitching and topwaters, it allows you to make more presentations over the course of the day,” he says. “You can get the bait back up quickly and make another drop much faster.”

Avena likes to use the reel when fishing baits on the surface for schooling fish. “If I am targeting schooling fish with a fluke style bait, you can keep it up high on the surface where the fish are,” he says. “It makes it easy to get it back in quickly if they come up schooling on the other side of the boat and you need to make another cast right away.”

One more situation that he uses the spinning and casting version is when fish are biting lures on the initial fall.

“This happens with jigs, Neko Rigs, wacky-rigs, and other baits. Some days 80 percent of your bites happen on that first fall and maybe after you shake it once or twice on the bottom,” says Avena. “Having a faster reel just allows you to get it back faster and make another presentation.”

As bass fishing evolves, rods, reels, lures and everything else we use continues to become more specialized. Having a blazing fast reel like the Revo Rocket is not the solution for every technique, but there are times when speed makes things better.