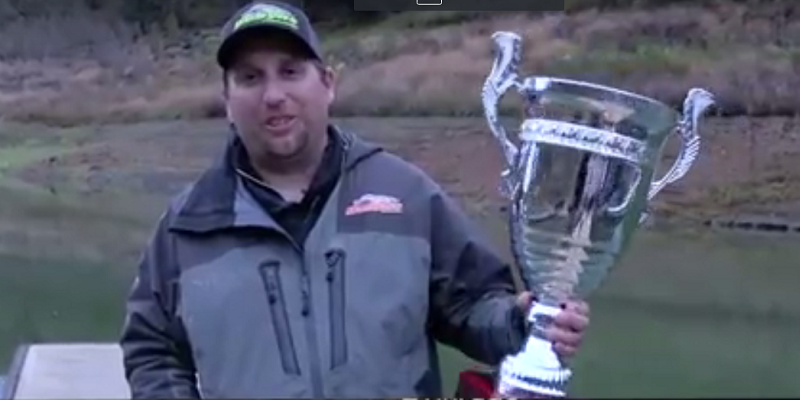 NAPA, Calif. – The Wild West Bass Trail (WWBT) blasts off on Lake Berryessa Oct. 6-8 for its 2017 California Teams Classic presented by Evinrude. The event marks the final opportunity for the 73 qualifying teams to add points to their standings in the 2017 Anglers of the Year (AOY) race.

With only five points separating the top two teams and less than a 50 point spread on the top -5, the opportunity for more than the event prize package is on the line.

The winning Berryessa team will take home a fully rigged Ranger/Evinrude and the partners that top the Year-To-Date standings following the event will earn entries to the WWBT California Team events for the 2018 season.

Often touted as a top fishing destination in the country, recent reports put the NorCal big bass fishery in a less-than generous state.

“It is fishing real tough but it has been like that before,” said Richard Dobyns winner of the 2017 Berryessa WWBT Dobyns Cup Challenge. “It will be much different than when we were there last year. It’s a tough bite, fishing really hard – not a lot of fishing being caught, not a lot of bites and not a lot of quality overall.”

Dobyns explained that the few reports of better quality largemouth have come from schools located in deeper water.

“It’s a three-day, long haul tournament; so really it’s going to be about finding the best quality of fish that will bite in whatever depth they may be in – they don’t necessarily have to be largemouth, it could be a three-day tournament worth of smallmouth, I believe,” he added.

READ RELATED: Up and down with Bobby Barrack as he bests the Delta Wild West Bass Trail

Although it doesn’t seem to be on as of yet, Dobyns was looking forward to the “normal” fall bite at the lake.

“Usually they would have moved up shallow by now and we could be fishing topwater, crankbaits, spinnerbaits and all the fun stuff; but this year the reports are that the fish stayed deep and are still in more of a summer-type pattern, where they don’t want to be near the surface,” continued Dobyns.

He anticipates that the stabilization of the cooling trend during the off-limits period could force the bass into a shallow movement.

“They could be starting to go into their big fall feed up, before it gets cold – they’ve still got pretty high metabolism at the moment,” he said hopefully.

Speculating on the winning fish, Dobyns felt that productive areas could be located anywhere on the lake and on a variety of techniques.

“It could end up being won with spotted bass on topwater, spotted bass on a deep dropshot, on the main lake with largemouth and smallmouth – shallow or deep,” he said. “It could be won from one end to the other – from the end of Putah to the end of the dam, but overall, I think it will be won fishing small, with light line, finesse and down baits.”

All teams will fish for the first two days. For those fortunate enough to make the top-10 cut on the final day, Dobyns estimated that it would take a three-day tournament total of 60-pounds to earn the trophy.

Anglers will blast off and weigh-in at Pleasure Cove Marina, 6100 Highway 128, Napa, Calif. Blast off time is safelight and weigh-in will kick off at 3 p.m. Both are free of charge and open to the public.

Spectators can observe the anglers each day at the weigh-in scales to cheer on their favorite fishermen and hometown heroes as part of the WWBT fully-televised event to air on Fox Sports and the Pursuit Channel.

For 2017, the WWBT will conduct 16 events that include one Pro/Am circuit and two Teams circuits – one based in California and the other in Arizona. The Pro/Am circuit consists of five tournaments throughout California and Arizona and a year-end, qualifying championship event. Each Teams circuit includes four tournaments and a year-end, qualifying championship.

For complete details and updated information, visit WildWestBassTrail.com. For tournament news, event updates and more, follow the WWBT on Facebook at https://www.facebook.com/Wildwestbasstrail/