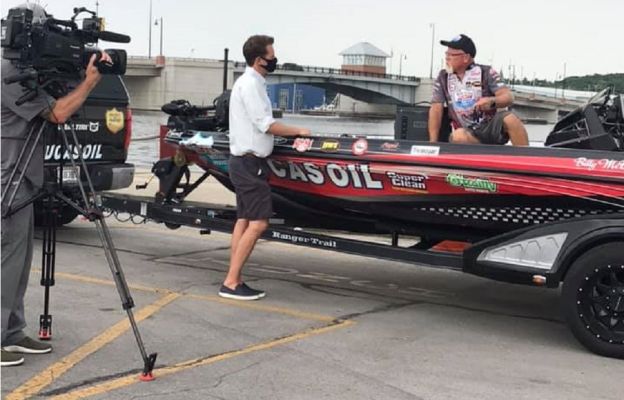 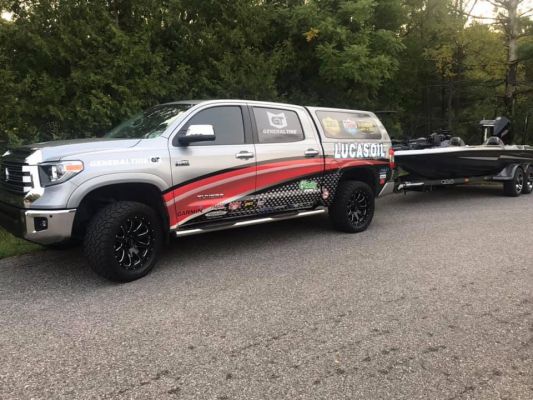 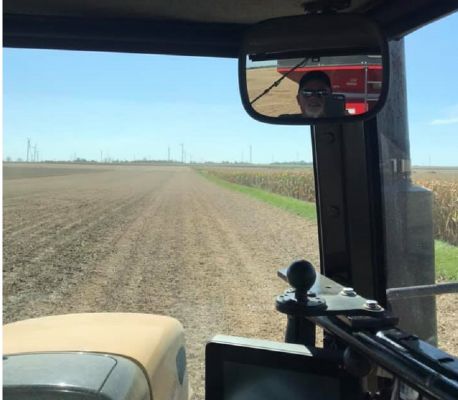 After a successful season on the FLW Pro Circuit, where he qualified for the first-ever Tackle Warehouse TITLE Pro Circuit Championship, Indiana pro Bill McDonald is home and already gearing up for another season. There is no downtime for him as he just switched boat brands to Bass Cat and is busy getting it ready for next year. He's also preparing for hunting season and doing some farming.

Getting Ready for Winter

As fall sets in around McDonald's Midwest home, he starts to prep his lawn equipment and outboard for a winter nap.

"I add Lucas Safeguard™ Ethanol Fuel Conditioner with Stabilizers to the gas tank of every engine I own," he says. "I'll add it to my weed eaters, blowers, and lawnmowers. It is a simple way to take care of your investment and keep them protected from ethanol."

He adds the same product to his gas tank for his outboard and says one ounce will treat five gallons of gasoline. They come in 5.25-ounce bottles making one about perfect for 25-gallon gas tanks.

"I add it to my tank and one big key is to make sure you run your engine before putting it up for the year," he says. "Some guys just dump it in their tank and that is ok if you are going to be using it again soon, but the key is to treat the whole fuel system. You want the treatment to run through the whole system to prevent corrosion and damage from the build-up from ethanol in gas."

McDonald is a proponent of taking care of things before they cause significant damage and start to cut into his fishing time. He sees the fall months as the perfect time for preventative maintenance.

"I check everything on my boat and truck," he says. "If you find an issue, now is the perfect time to get it in and serviced. It won't fix itself sitting around all winter."

One thing McDonald checks is his lower unit and goes with Lucas M8 Synthetic Oil.

"I'll check the seals and everything and look for any damage," he says. "As long as you don't have any white and foamy looking oil coming out when you change the oil, you are good to go for another year of fishing."

He checks his hubs on his trailer and makes sure they are good to go for thousands of miles of travel.

"Lucas has a hybrid grease or natural grease and has something for whatever type of trailer hubs you have," he adds.

For his truck, he adds the Lucas Fuel Treatment, which includes an upper cylinder lubricant and injector cleaner, to keep everything running smoothly.

"It is a tune-up in a bottle," he says. "If you have a high mileage vehicle, they also have a great additive for that."

McDonald also looks for any leaks or other damage his time of year before winter sets in.

"Looking in your driveway where you park is a good way to look for damage," he says. "If you see little oil spots and drips, that's a telltale sign that something needs to be fixed. Lucas makes several Stop Leak additive products that will fix those seals. It gives you time t get it in and taken care of because it is better to do it now than when the roads are snow and ice around here."

It would be too easy here to say that ol' McDonald has a farm, and it is really isn't his farm anyways. Each year, McDonald helps his brother-in-law and sister-in-law on their three thousand acre farm as they harvest corn and soybeans.

Like everything, McDonald operates as an angler, Lucas Oil products play a crucial role in keeping the machines up and running.

"When we start picking, you can't have any downtime," McDonald says. "We treat all of the fuel with Lucas Fuel Treatment because it works great for both gas and diesel engines. Some of these machines have 1,000-gallon tanks and cost upwards of half-a-million dollars and keeping them run great is important because time is money."

Another essential product during the harvest is Lucas Red "N" Tacky Grease and McDonald says they use plenty of it.

"We use it for the tractors, combines and trailers," he says. "There are times when we are using a dozen tubes a day to keep everything working and moving as they need to."

The FLW Pro Circuit season has concluded, but McDonald and other pros stay busy around the house and taking care of their equipment. They know that before you know it, a new season will be upon us and now is the perfect time to maintain everything they own that has an engine.