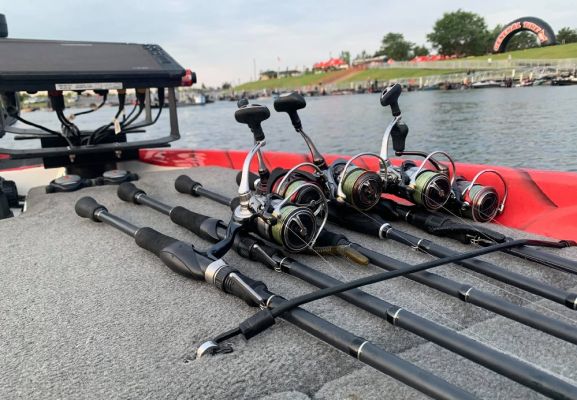 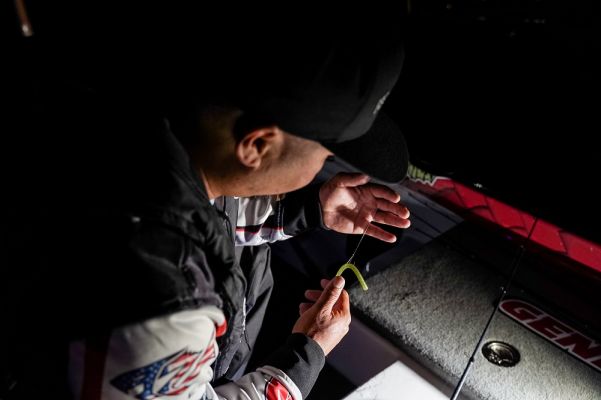 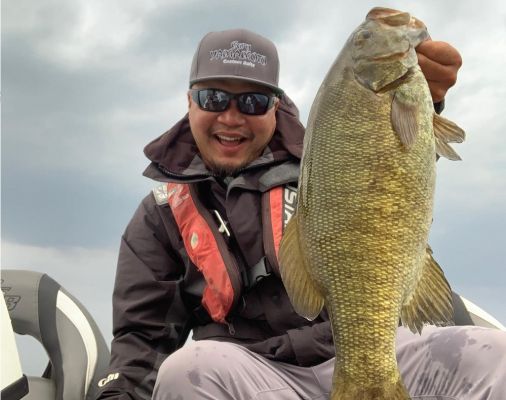 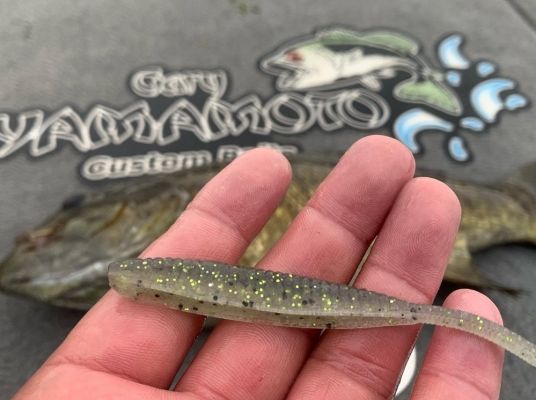 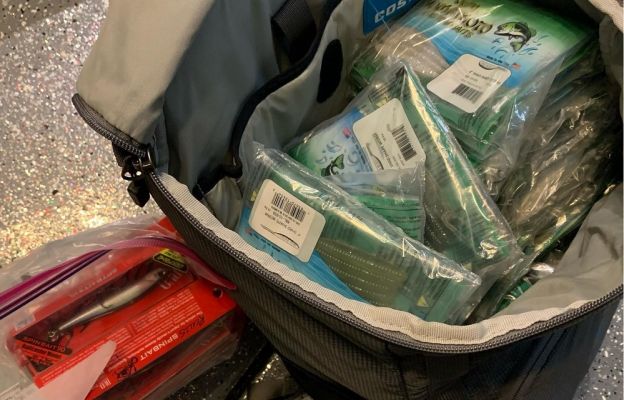 The term finesse fishing has become standard for bass anglers to categorize light line tactics primarily with spinning gear. There's finesse fishing and then there's super finesse fishing that western anglers are using to get bites when nothing else will

Arizona pro Tai Au competes on the Tackle Warehouse Pro Circuit after great success in the West. He has brought his finesse tactics across the country with a vengeance as he qualified for the championship in his rookie season.

He shares some of his best finesse rigs and how he fishes them.

This is perhaps the hottest technique going and Au admits he was reluctant to get on the bandwagon at first, but now it's a must-use method for him.

"I didn't think it would work that great because it's so small and didn't look great to me at first," he began. "I started using it and got a top ten at Lake Havasu with a 3" Fat Senko on a 1/16 ounce Nichols Toadstool jighead. I keep it simple and will either use a green pumpkin shade or black and also mix in a color called The General's Magic in the spring."

Au likes the lightest jighead he can get away with and fishes it on five or six-pound test fluorocarbon.

"You throw it out and let it fall and zig zag on the way down," he said. "Once it hits bottom, I hop it a few times and reel it back in to make another cast. It works so well because it falls and looks like a defenseless crawfish."

Au says the critical component is clear water and he'll fish it around points, rocks, and anywhere else a crawfish could be living.

READ RELATED: Here's how Roy Hawk fished Yamamoto at the US Open

Au learned about this finesse tactic the hard way, repeatedly getting beat by it in tournaments. It's a simple five-inch straight tail Yamamoto Pro Senko fished on a Rebarb hook and fished weightless on five-pound test fluorocarbon.

"This originated in Southern California where the lakes are so clear and pressured," he said. "What they'll do is fish the deep trees in thirty, forty, or even fifty feet deep and just cast the Pro Senko and let it fall all the way down. It also works great on Havasu, and I've done well with it in a few other places."

This light line super finesse technique takes loads of patience and the right conditions, but Au is convinced because of his success.

"It's best when fishing calm days when the fishing is really tough," he said. "It works well around deep docks, tules, and other places, too. I'll bust it out when I just need to get bit."

Drop-Shot and a Finesse Jig

Two other finesse approaches Au relies on are the tried and true drop-shot rig and a finesse jig.

"The Shad Shape worm in the Monster Shad color is one of my favorites, but you can't go wrong with any green pumpkin color," he said. "I also like to drop shot the Slim Senko wacky-rigged on a drop-shot."

Au likes a tungsten Keitech jig in a 3/8 or 1/2 -ounce size for finesse jig fishing. Since it's made from tungsten, it's much more compact than lead and Au will trim the skirt down to make it an even smaller package.

"I trim the skirt down and add a Yamamoto Fat Baby Craw that I cut down to fit better," he said. "It's a real subtle jig and works great when the fish are eating crawfish like the day after a full moon. The full moon gets the crawfish more active at night and roaming around and the day after are always some of the best jig fishing days around rocks."

Au is a self-described "Senko fanatic" and always has a few rigged and ready to go. Typically, he fishes the five-inch version on a wacky or Neko Rig.

"That's my bread and butter and during the spring, it's weightless on a wacky-rig almost all of the time since I'm normally fishing shallow," he said. "Later in the year, I like to fish it on a Neko Rig with the heaviest tungsten nail weight I can find. I'll cast it, let it fall to the bottom, hop it a few times and reel it back in to do it again."

As an angler with Arizona fishing roots, Tai Au is well versed with finesse tactics and is willing to downsize baits and line if the conditions call for it. Finesse fishing is a way of life for him and other western anglers, and he'll even take it a step further to super finesse if needed.