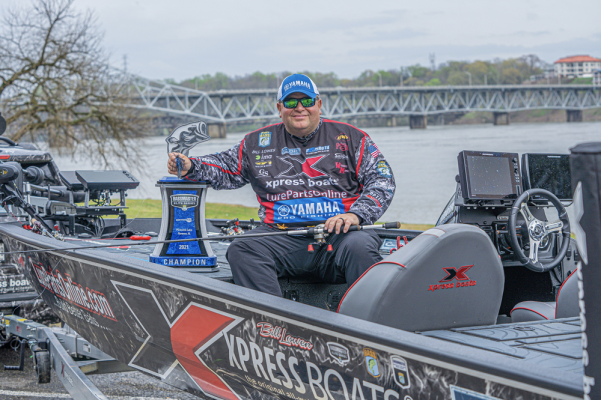 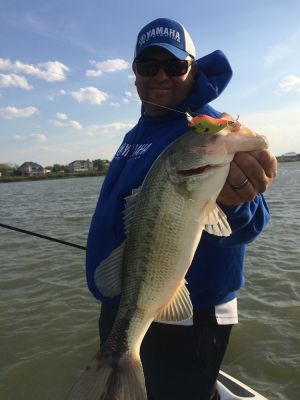 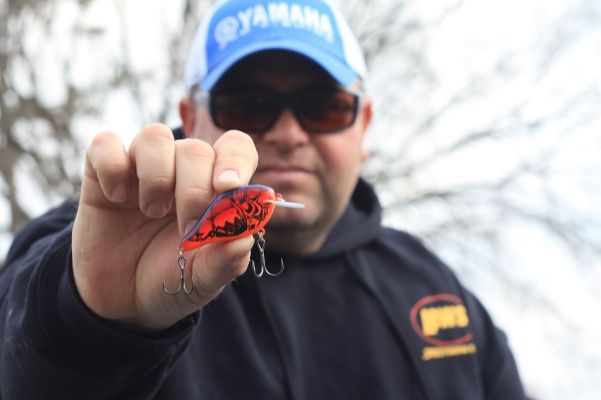 If Bassmaster Elite Series pro Bill Lowen has his way, he'll fish shallow every chance he gets. He's a noted expert on fishing shallow water and is fresh off his first-ever Elite Series win on Pickwick Lake. Lowen is right at home anytime the fish are shallow and this time of year, two different crankbait styles are always tied on his rods.

Best of Both Worlds

Lowen is a big fan of balsa crankbaits and uses different varieties in all seasons. Early in the year, he opts for a flat-sided bait like the ima Shaker.

"I'm a balsa guy because that's what I grew up doing," said Lowen. "The Shaker is the best of both worlds because it has the tight wiggle of flat-sided balsa baits but also has a little more kick during the retrieve, more like a squarebill crankbait. It is a crankbait that works great when the water is cold but can be used throughout the year."

When he decides to use this bait has to do with both water clarity and temperature.

"I'll pick up the Shaker when the water hits that low 50-degree mark and when spring rains add some color to the water," added Lowen. "I like to fish it on transitions where the rock turns to gravel or anywhere that fish may stage before they spawn. It works great around laydowns and stumps on spawning flats, the same kind of places I throw a squarebill."

A bait that Lowen helped design years ago is still a significant part of his arsenal to this day, the ima Square Bill that he describes as a "mini dump truck" because of how well it goes through the cover.

Squarebill crankbaits, in general, come through cover well, but Lowen made sure this bait had a little different action.

"I wanted something that was plastic but had the characteristics of balsa," Lowen began. "It has great buoyancy when it hits something and deflects. Most squarebills dive four of five feet deep and this one will only get down to three feet. That makes it so the bait isn't digging so hard in the leaves and muck on the bottom."

With both of these two crankbaits, wood cover is a major part of Lowen's attack plan early in the year.

"The whole key with these two baits is to bang off of everything to get it to deflect," Lowen said. "I'll hit something and then kill it, so it pauses. Doing those things is how you trigger bites."

Lowen will key on limbs, laydowns, stumps and any other wooden cover he comes across, especially with the ima Square Bill.

"It has a nice hunting action that makes it go left and right and that is hard to get with most plastic baits," added Lowen. "Because it has the buoyancy like a balsa bait, it will pop up like a cork when you hit something and pause it. That second when you kill it and let it float up is when a lot of your bites will come."

While everyone seems to pick up shallow flat-sided crankbaits like the Shaker early in the year, Lowen says he fishes them all year long.

"I like that people stop throwing them once we get into the spawn," Lowen said with a laugh. "I'll have them tied on all year long and everywhere I go. During the summer and fall, I'll switch to more shad colors and will sort of twitch it more when I am around cover."

Lowen is generally pretty straightforward with his approach to all of his fishing and he again keeps things basic when it comes to selecting the right crankbait color and the gear he uses.

He opts for a 7' medium Lew's Fritts Perfect Crank Speed Stick and 6.4:1 or 5.4:1 Lew's reel spooled with anywhere between 12 and 20-pound Seaguar InvizX fluorocarbon.

"I like the slower reel with my bait, so I am not working it too fast," he added. "I'll mainly use 12-pound line but will go up to 15 or even 20-pound if I am fishing around a lot of junk. The heavier line also helps to keep the bait up higher if I am fishing super shallow."

He sticks with bright colors early in the year with plenty of oranges, reds, and yellows for colors. As the season wears on, he goes with white and more shad-oriented colors.

Lowen is known as one of the best in the world at catching shallow bass and it fits his style as an angler. Shallow crankbaits are some of his biggest weapons and he's made a career out of fishing them in the spring and throughout the year.

READ RELATED: Deps Under the Radar