The survey was completed by Boat Owners Association of The United States (BoatUS), the national advocacy, services and safety group for recreational boaters, to gauge boaters’ use of ethanol-free and ethanol-fuel blends during the peak 2018 boating season. The results identify potential misfueling issues and allow recreational boaters to be heard as RFS policy is being debated on Capitol Hill. Only fuels containing up to 10-percent ethanol (E10) are permitted for use in recreational boats, and anything greater has been shown to damage marine engines and will void warranties.

the boaters’ fuel of choice: About half (49 percent) of respondents said they filled up their boats with E0 (ethanol-free) fuel this summer. However, if they had their choice of fuel, more than four in five (83 percent) would choose E0 (ethanol-free) fuel – if it was available. Forty-one percent reported the availability of E0 has stayed about the same over the last three years. However, by a margin of more than two to one (31 percent to 14 percent), some respondents said the availability of E0 was becoming more difficult to locate over the last three years.
boat refueling locations: The survey reported that boaters refuel their boats at a combination of locations both off and on the water. Fifty-three percent of respondents said they refuel their boat at roadside gas stations, followed by on-water fuel docks (50 percent) and filling gas cans or portable gas tanks at roadside gas stations (32 percent).
misfueling issues: BoatUS has concerns over potential consumer misfueling as E15 (15 percent ethanol) pump-labeling requirements are minimal with just a small orange warning label on roadside gas station pumps. About half (49 percent) of survey respondents reported being unaware that the use of E15 gasoline in marine engines was prohibited under federal law and will void the engine warranty. More than 4 in 5 survey respondents (84 percent) could not correctly identify the color of the small misfueling warning label required on gas station dispenser pumps that sell E15. Both may be indications that current pump labels are not effective and misfueling could occur.
ethanol-related repairs: About one in three of those surveyed (36 percent) reported having been advised that repairs to their boats’ engines and/or fuel systems were required as a result of ethanol fuel.
When it was passed in 2005, RFS assumed that America’s use of gasoline would continue to grow. Since then, however, gasoline usage has not increased as forecast, which today forces more ethanol into each gallon of gas. To keep up with the RFS mandate and avoid hitting a “blend wall” in which the volume of ethanol production would exceed consumption and infrastructure constraints, in 2010 the EPA granted a waiver to allow E15 into the marketplace.

For more information, go to Advocacy.BoatUS.com. BoatUS is a member of SmarterFuelFuture.
Top

Unfortunately, not many in CA
Jim C.

Stratos278 wrote:Here's where to find E0 (ethanol-free) gas:
https://www.pure-gas.org/
Unfortunately, not many in CA

That is for sure, none are around here ..... and if you look at the octane ratings most are over 93. I am not an "internal combustion" specialist but I have been told that the higher the octane, the "longer" the fuel burns which is a significant reason fuel diaphragms in outboard motors fail.... take it from someone with experience having to have these replaced.
Top

This is why we treat with Staybil and other products that are used to slow down the Ethanol separation that occurs. If you have an older boat i would recommend replacing the fuel lines every 5 years once a line starts to deteriorate from the inside youll have hell for the rest of the life of the motor with clogged injectors or ports.

Also too in regard to Octane - always run the recommended Octane for your outboard motor bumping Octane is not giving you a speed advantage but is putting undo strain on your motors internals.
Links to Check Out -
https://www.instagram.com/jm_ash/
https://www.bestbasstournaments.com/
https://canopygrenades.com
Top

My outboard mechanic told me that as gas constantly changes, it causes our outboards to run hotter and hotter. He says to me to do my part and run the highest octane fuel I can because it burns cooler.
Top

monte300 wrote:My outboard mechanic told me that as gas constantly changes, it causes our outboards to run hotter and hotter. He says to me to do my part and run the highest octane fuel I can because it burns cooler.

I was told the same thing by my Mercury Authorized mechanic.
Attitude plus effort equal success
CLEAN AND DRY
Top

I'm sure it's more technical than that, but that's how it was explained to me.
Top

Heres what it did to my fuel hose. I would suggest you guys replace yours. 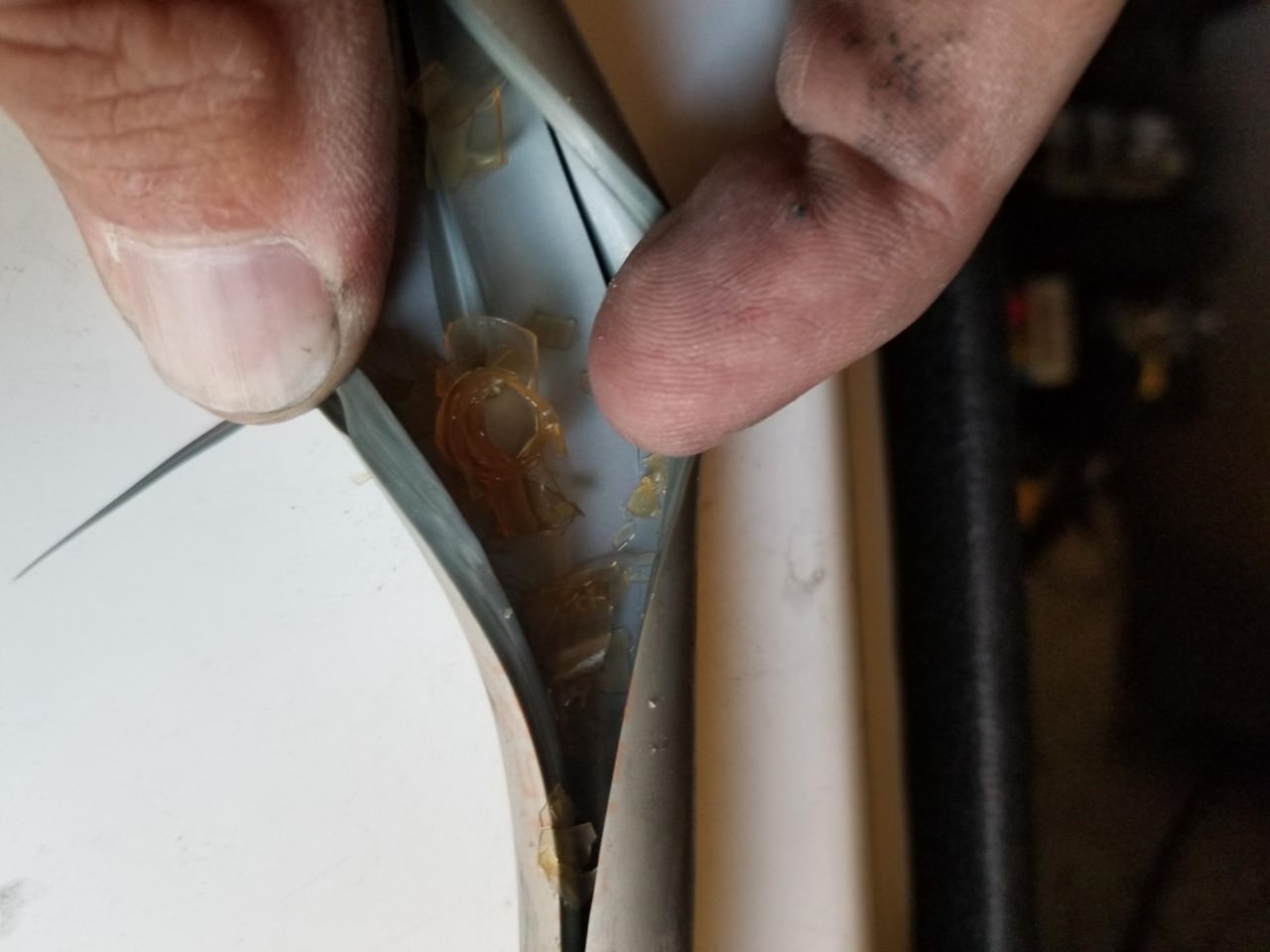