The above, some old lures laying around for decades and a bit of an imagination can create lures for just about any fish species.

Over ten years ago I got into pouring plastic into molds to keep favorite lures in stock, but using those lures got old after awhile and the catalogs didn't impress me with new soft plastics. As many of you know, light jig heads and soft plastic lures can catch pretty much everything that attack lures - from big catfish to large bass and panfish. Catching fish on every type of lure you can think of sold me on the idea that variety is the spice of fishing.

I still pour plastic lures, but use parts of them to stick on other lures parts such as this clear tail grub: 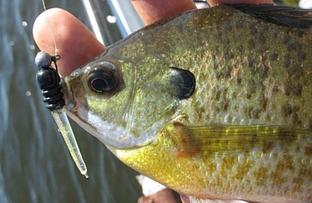 The body was from the top of a plastic worm melted a little and added to the tail from a stick injection mold.

Here's a wacky grub using the same tails added to a segment of a grub body: 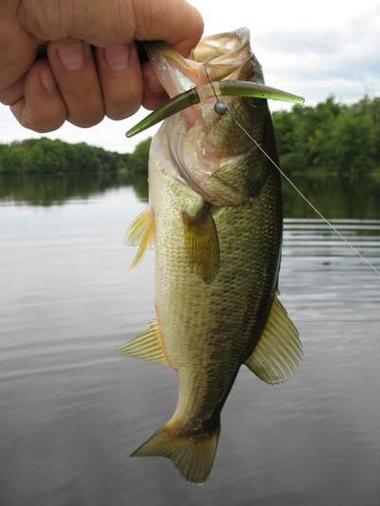 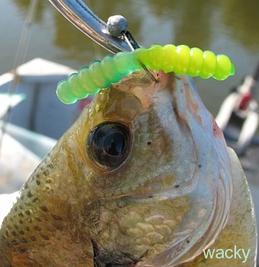 The top section of a grub (the curl tail removed) was fused to the thick front of another grub used as the tail: 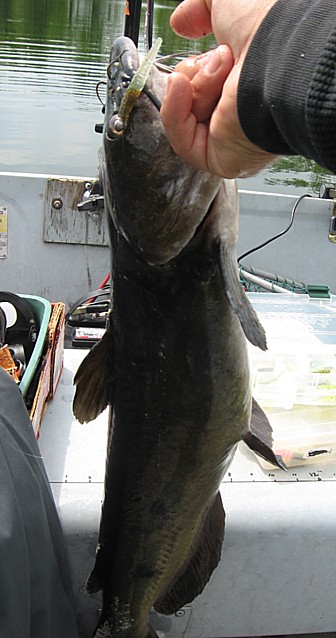 Here a Kalin Grub body was added to the tail of a Kut Tail worm. What an improvement ! 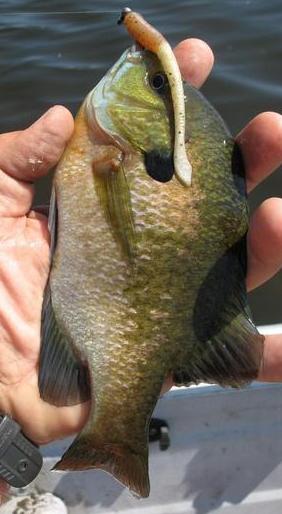 A claw from a crawfish lure was added to a grub or worm body: 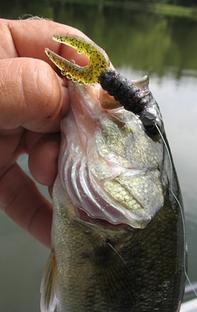 Note: the reason the lures are hooked to the outside of the fish's mouths are for my photo log of lures that worked well kept on my computer at home. This way I know which ones to reproduce.

Testing the lures to see their action in the water is the first step. Casting them to likely fish locations is another. Once fish start biting your creations, you never know what new designs you can come up with.
Top

Interesting. You just use heat to glue them together?
Top

Lawley wrote:Interesting. You just use heat to glue them together?

Tried glue but found it too weak a seam and stay with the candle and a soldering gun to smooth and strengthen the seam.
Top

I use mend it to repair baits while fishing.
Most often just to fix the hole where the hook goes to keep it weedless
Top
Post Reply
6 posts • Page 1 of 1

Users browsing this forum: No registered users and 2 guests