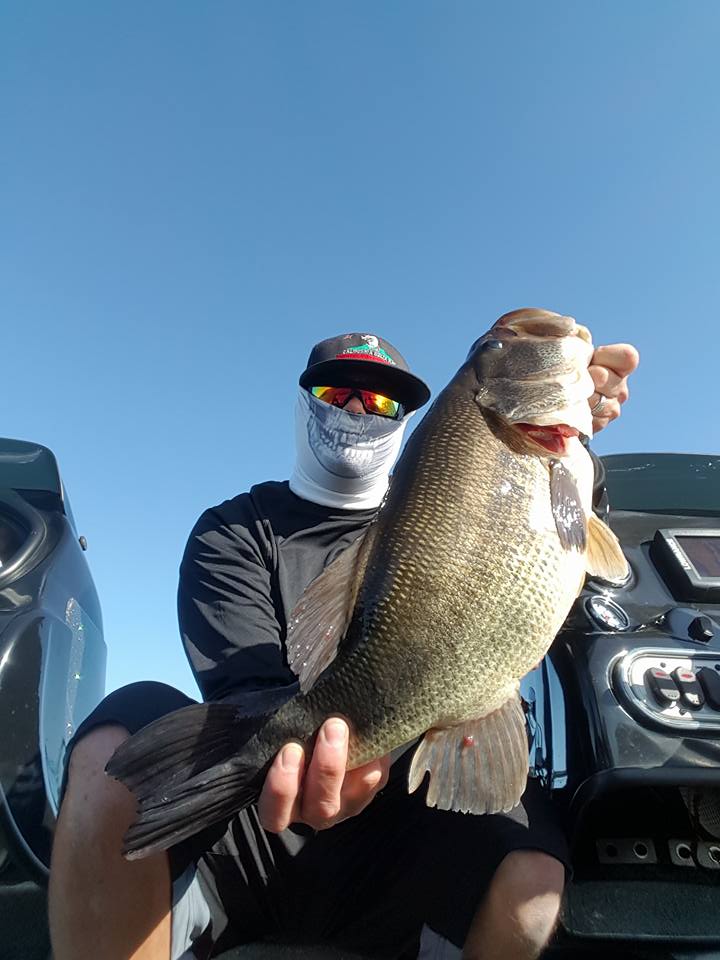 Delta Report….  Great Month for #FishOakley as Anglers from Throughout the West start rolling in for the First Major Events of the Year! FLW Costa Pro-Am going now at Russo’s Marina  arrive at Big Break this weekend.

Rio Vista- WINDY, but forecast to improve later this weekend. Shore bound anglers are scoring both species. The best place to score a striped bass or sturgeon remains Sandy Beach and  the area of the Power Lines, use Sardines or Shad. Trolling is scoring many limits stripers and occasionally, a 10-12 pounder caught.  Savage Prey and P-line Angry Eye lures are key for the trolling anglers.

Walnut Grove .   Trolling Savage Prey baits colors 8 to 10 foot deep is key as the spring push continues. The Dirty “D” is clearing its name and conditions are improving for Black Bass in the area. Spinnerbaits and Fizzle jigs are working in the Hog Area. Bank anglers tossing shad and Sardines prevail for an occasional  Striper those looking for bigger bites.  Drifting live baits for stripers cracking the 10 pound plus keeps anglers smiling..

Central Delta  Most Blackie anglers are sticking with Swim Jigs and Tail Slapper swim baits paired with Fatsack Swim Jigs, Wind and overcast this weekend slow rolling Fatsack Tackle blades and Strike King square bills searching ledges near sparse tulle flats. Larger Stripers had another cameo appearance this week yet it was very brief. Crappie and Bluegill also had a improvement this week.

Frank’s Tract    After being beat up by crazy winds for a week, we got a third round of winds. Black bass bite is at a consistent tougher than normal bite. Hematoma Beavers on over cast days also working well. We are seeing a few big Black Bass with ¾ ounce Jigs.  Others looking to score are starting to crank Chartreuse Shad 6th Sense baits  and Big Poppa’s are solid options.

West Delta  Bundle up and braving the wind is worth trying. The stripers are here anchovies and sardines in many areas for bank anglers, Antioch Pier and along Sherman Island rd.  Stripes to 28 pounds have  grabbed baits . Trollers it’s getting started on both sides with Red Barn being the top choice, if they aren’t there move to the Eddo’s Side. Chartreuse patterns are the best bet.

Los Vaqueros   The Best bet is fishing for trout with all the trout plants and cool water temperatures.  They are being caught in South Cove and Oak Point as well as Peninsula Cove.  The baits of choice for shore anglers is garlic scented PowerBaits, nightcrawlers or Kastmasters.  Trout average a pound and a half but range to over 5 lbs.  Light tackle is important for catching trout with 4-6 pound test being plenty.  There was a 1000 lb Lassen plant on May 9th .   There will be plant next week.  With the continuing plants, trout fishing has been very good with more limits being caught from all around the reservoir.

Del Valle . Trout has slowed down due to the warm weather, most anglers are catching them on either garlic or colored Power Bait or nightcrawlers. Staff would also recommend using small spinners or smaller jerk baits, Lucky Craft, or yo zuri. Anglers have been catching trout in the deeper waters, as the fish are staying down at depths of 15-20 feet. Black bass are hitting pretty good. Find fallen trees, weed beds or the tulle patches. We would recommend throwing either a weedless senko or artificial crawdads on a ½- to a 1-oz football jighead. Anglers are also catching them on shallow to mid running crank baits.