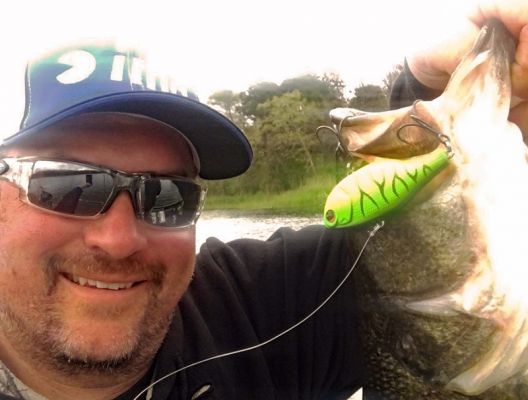 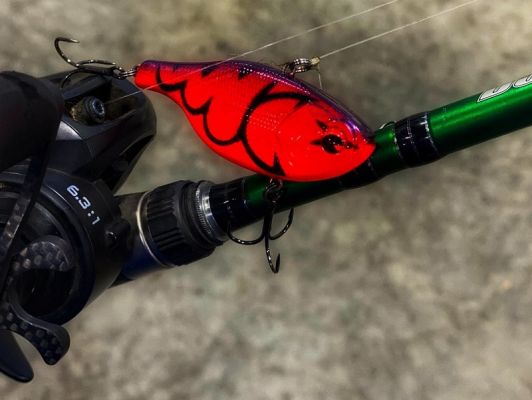 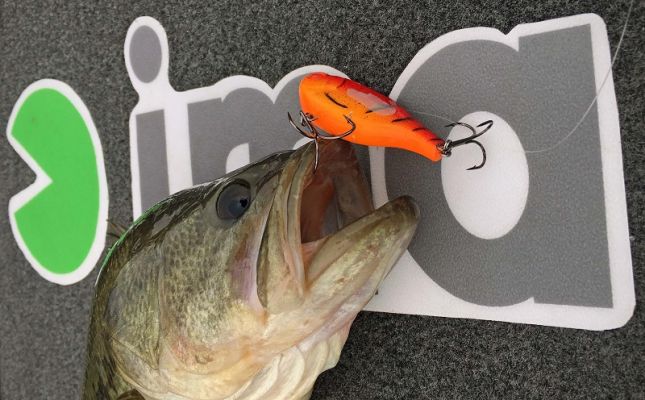 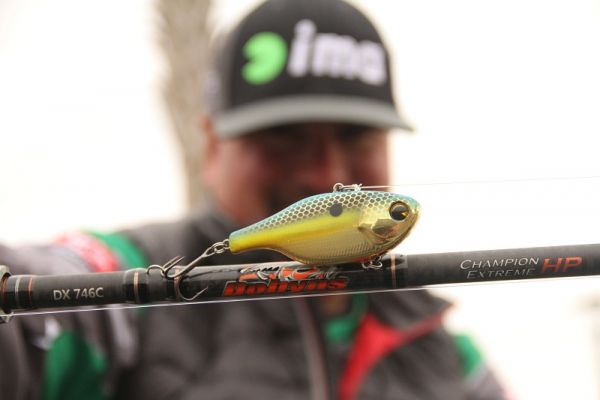 Two of the best cold-water reaction baits are a jerkbait and a lipless crankbait. They catch fish when the water is cold and you still want to cover some ground while searching for feeding bass. What if you could combine the two and get the best properties of each? Well, you can with a suspending lipless bait like the ima Suspending Vibration.

Major League Fishing pro Fred Roumbanis was part of this lure's development process after having great cold-water success with a similar lure in the past that is no longer made. He says the time is now to fish a lipless like a jerkbait.

"It is a great bait for the pre-spawn and spawn time of year, but I love it when the water is cold," Roumbanis says. "It has a crazy vibration and pauses right when you want it to."

The bait has a lipless crankbait profile but will suspend at rest, and Roumbanis believes this is what makes it so effective year-round, but especially during the late fall and throughout the winter months.

"I love how you can sweep or pull it and then stop it and hit the brakes," he says. "The bait stops dead in its tracks. It has an action that is right between a standard lipless and a suspending jerkbait."

Roumbanis will fish the Supending Vibration with pulls of the rod to get the best movement from the bait.

"Most of the time, I am fishing it with slow sweeps before taking up the slack in my line with my reel," he shares. "The time it takes to reel and move your rod back to where it was is about how long I will pause the bait. Most of the bites will come when it is resting or right when you get it moving again."

Where to Fish It

In general, this is a shallow water bait for Roumbanis as it will suspend three to four feet below the surface. Grass is a great place to start, but he fishes it in plenty of other areas as well.

"Shallow grass is always good if you can still find some this late in the year," says Roumbanis. "I will also fish it around shallow shell bars, on big flats, and in the backs of little pockets. It is also great around shallow boat docks."

Typically, he is fishing in water less than five feet of water and will adjust his line size to get the bait to do different things. Alternating between lighter and heavier lines and between fluorocarbon and monofilament can significantly impact how deep it will suspend.

"Mostly, I am using between 12 and 20-pound line and will go lighter when I want the bait to get a little bit deeper," says Roumbanis. "The lightest I will go with is a 12-pound fluorocarbon, but I fish it a lot on monofilament to keep it higher in the water column. 15-pound monofilament is a great starting point and will keep the bait rising above shallow cover. The difference between monofilament and fluorocarbon is huge with this bait and heavy mono will float it up much higher in the water column and sometimes you need that."

He'll also adjust his hooks and hook sizes to get a different look from the bait, opting for Hayabusa TBL930 Treble NRB Hooks, which he feels are lighter in weight than the stock hooks.

"Two #4's is my standard," he says. "Sometimes I'll add a #2 to the front to add a little bit more weight or when I am around bigger fish."

READ RELATED: New and Under the Radar

When pressed for a handful of his favorite colors in this bait, Roumbanis couldn't pick just a few.

"They're all really good, honestly," he says. "I use them all in different conditions, but lately, the Hot Craw has been really good. Earlier this fall, the Shimmer Shad was awesome."

Roumbanis fishes this bait on the same rod and reel setup that he uses for shallow crankbaits like squarebills. His signature series from Dobyns Rods includes a squarebill rod that he says is perfect for fishing the Suspending Vibration.

"It is a 705 CB, a 7' rod with a great parabolic bend, so you don't pull it away from fish when you get bit," he adds. "That's the same rod I use for squarebill and it is also an excellent jerkbait rod."

For reels, he's a fan of slightly slower retrieves for the bait and prefers a 6.5:1 Sixgill Hamarr.

The ima Suspending Vibration is a unique lipless crankbait in that it suspends instead of sinking. This opens up many more situations to throw it and mixes the best properties of this lure style with the suspending jerkbaits that are must-have lures for cold-weather fishing.