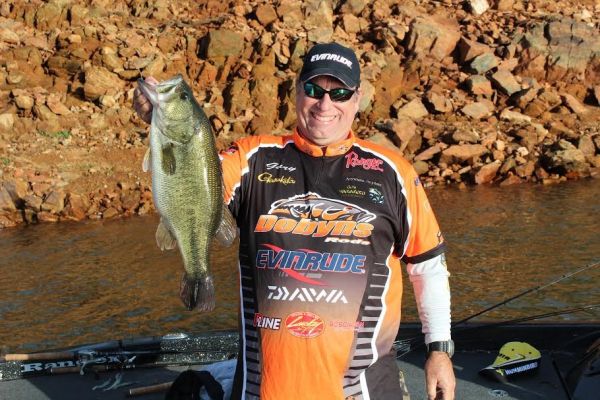 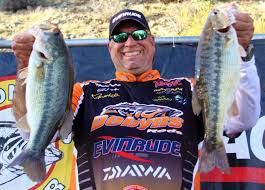 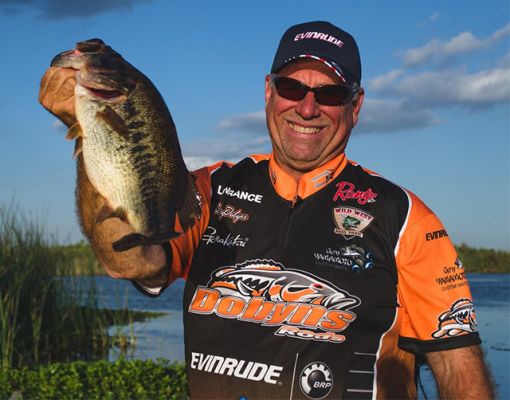 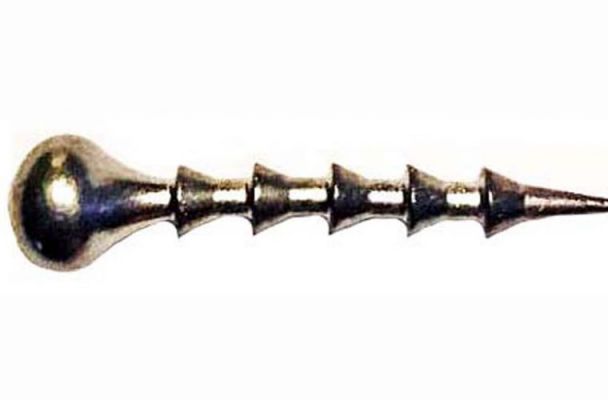 In part one, Gary Dobyns went over two tried and true ways to catch a wintertime giant. Jigs and swimbaits catch big ones, but Dobyns has also caught many lunkers with finesse and reaction techniques.

A jerkbait accounted for his personal best and many double-digit fish, and he says he never launches without one tied on this time of year.

As noted above, Dobyns has caught some pigs with jerkbaits, and he counts them as his all-time favorite lures.

“Most of the time we are fishing with a 10-pound line and throwing the Lucky Craft Staysee 90’s or Megabass Vision 110’s, the baits around ½-ounce are standards and catch tons of fish,” he said. “A big percentage of guys like shorter rods for the technique, but my personal preference and what always sells the best is the seven-footers. I think it is the best all-around length and you can cast them further,”

Dobyns prefers the Champion 704 CB. But says if you want an all-around crankbait / jerkbait you can go with Fury 705 CB.

“Spinnerbaits account for so many big fish both deep and shallow and all species of bass,” he said.  “I have learned that guys back east prefer the ¼ to 3/8-ounce baits and out west, they prefer ½- to ¾-ounce is by far the most popular.”

A great way to catch a big winter bass according to Dobyns is to use a heavier bait, fish the 10- to 15-foot zone and slow roll the bait.

“Slow-rolling is just a fancy way to fish it slow and get it down deep,” added Dobyns.

He likes the versatility of these baits and changes to solid colored blades if he is fishing dirty water and other than that keeps it simple.

“You can’t go wrong with anything shad, white, or white and chartreuse,” noted Dobyns. “For the Delta, those same three work but you always have to have a red one, and we make Delta Craw in our D-Blades. That is good for the Delta and Clear Lake.”

Normally, Dobyns likes to fish these with 12- to 15-pound-test line, but will go up to 20-pound, if he is fishing around tules, cover or lots of big fish.

“The great thing about spinnerbaits is they have flash, but also lots of vibration and that is what has made them popular for so many years,” he added.

When it comes to rods, he says the four power versions are the most popular among anglers.

“The Champion, Sierra or Fury 734 will all get the job done, but if I am fishing an area heavy cover or big fish, I prefer one of the five powers,” he stated.

This finesse technique has become one of the hottest trends in bass fishing, and it is because it catches so many fish.

“It is really a do-nothing technique, but it sure catches them,” said Dobyns.

While he says it is a little too slow for his taste, he knows it works and sells tons of rods to anglers using the technique.

“Any of our three power spinning rods will work great,” he said. “I personally think a two power is a little too light to get a good hookset, but some prefer a two power,”

The Fury 703SF and Champion 733SF are two of his recommendations.

The Neko Rig is another of the hottest rigs in the country, and though nail-weighting a bait is not new to western anglers, it has taken the fishing industry by storm.

“Like many popular techniques it started in the West and my all-time favorite bait to use is a 5” Senko because with a nail-weight it sinks fast, and you can cover water,” said Dobyns.

He believes it is a perfect way to catch a big one this time of year and his Champion Extreme DX 743SF is his top choice.

“It was made for this technique,” he said.

Dobyns likes to fish his Senko with an O-Ring, Gamakatsu Split Shot/Dropshot hook and uses the weights his company is now producing, the Dobyns D-Nail.

“The D-Nail stays in the bait much better than others that fly out on the cast easily,” he shared. “I like to use them in big sizes from 3/32 all the way to 1/8-ounce so I can fish faster and also fish it in deeper water. These nail weights are shorter so it gives the baits more action. A long nail makes the baits rigid and takes away from the action.

“With a nail weighted Senko, it is important that the hook point is always pointing up,” he advised. “It has to point up to be able to hit the fish in the roof of mouth. That penetration of the roof of the mouth is critical and of all the hooks that I’ve tried the Gamakatsu Splitshot/dropshot hook is the number one.”

Gary Dobyns has years of experience with fishing rods both as a top tournament angler and as a rod designer for Dobyns Rods. His rods are built for serious bass anglers, and because of his thorough testing; they have a rod for any bass fishing technique you can imagine.