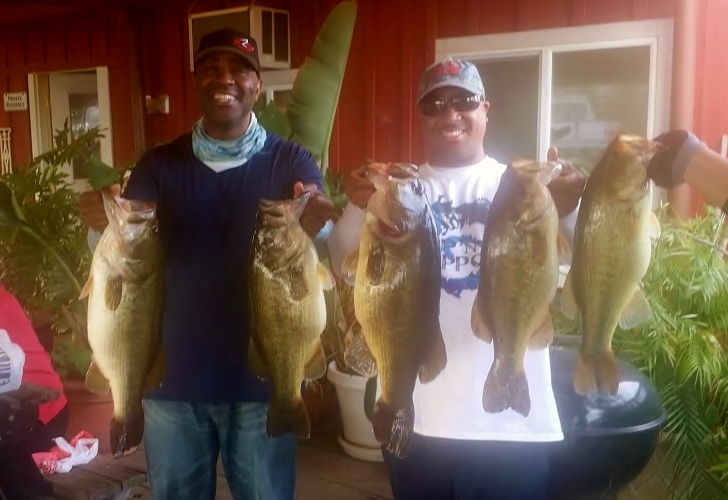 A single-day tournament bag of 36 pounds is a five-fish limit that will catch most every avid bass angler's eye. For Jamond Andrews it is becoming an annual accomplishment.

March 8, this past Saturday, Andrews and his 2014 U.S. Angler's Choice West Delta team partner Harvey Pulliam put together 35.99 that included two fish over 8 1/2 to bring home their tidal water victory. 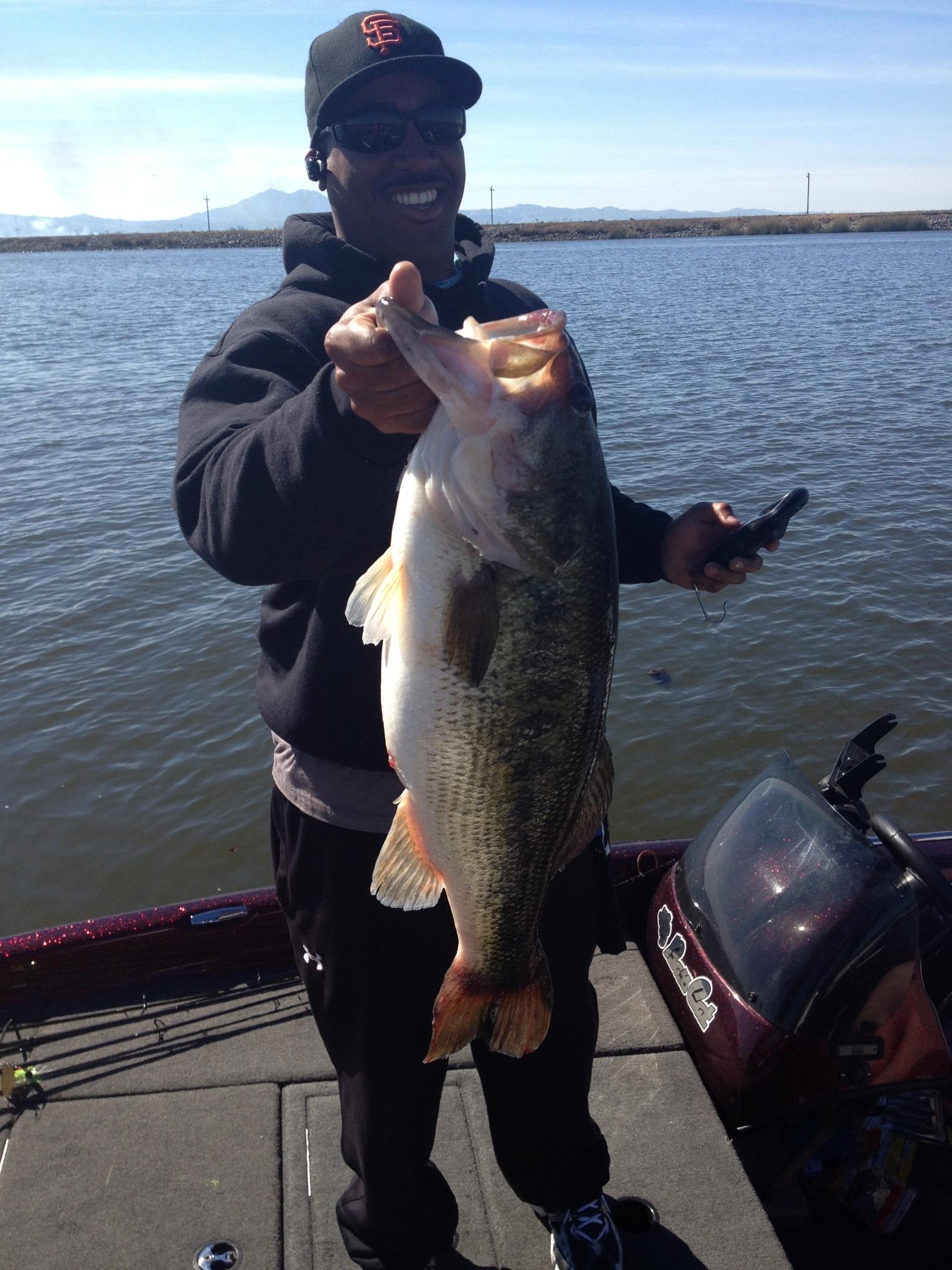 A championship based on a 35-plus limit is nothing new to Andrews. Nearly to the day on March 9, 2013, Andrews and WON Bass Delta Teams partner Mark Daniels Jr., bested the field with 37.44. The year prior on April 7, 2012, the same pair reeled in 36.56 for another championship during an Angler's Choice event.

"Every year around this time, I, we (whoever I am with) try to catch bags over 30," stated Andrews. "It is more of a mindset than anything. We know it is possible and we never set limits of what we can do."

The mindset that Andrews mentioned has to do with knowing where the big fish live, when and where they move and having the confidence to stay with that pattern, regardless if the bites seem limited.

In his third year running with a game-day, 35-plus pound bag Andrews shared some of what he looks for on his hunt for big bass.

"The moon phase, the air temps, the water temps, the tide, the length of the day (how long the sun is out during the day) - it is all important," he explained. "Each of these conditions can make the fish more active. Like when it is getting closer to the new moon or full moon, the fish feed more."

Coming off the colder, winter months and warming into the latter part of February on through March and April are Andrews prime time picks for big limits. "You want to see a steady rise in the water temperature," he stated. "As it gets warmer, you have to watch for the fish to start positioning themselves in staging areas to eat a big meal."

Another key to success that he offered was to be aware of the temperature the night before a tournament. "Especially in the wintertime, if it is a warm evening and the water doesn't really cool down too much, it warms quicker in the day and the fish are more active, so you know they're going to be eating," he said.

As for the tide, Andrews is looking for movement (either incoming or outgoing) and higher water levels. "We look for the movement of the current," he said. "We want to look at the tules and see them kind of vibrating from the movement, not looking stagnant. If you are fishing a place where everything comes together and you're still not getting bit, that is something to look at - the flow of the current. It could be the missing key."

In general, Andrews believes the higher the tide, the better, but did say in very wide swings, it can be too high and make it difficult to access the fish. "The high tide brings the bigger fish", he stated. "That is just how it goes this time of year. When it gets high, they come out of the grass, they come out of the deeper water, they come off the deeper ledges, they move from the deeper tules to the shallower tules. They feel more comfortable moving into these areas when the water is up."

He also noted that the areas that he targets for big bass must be adjacent to deeper water. "They want to be located in shallow places where they can get back to the safety of the deeper places," he added. "Deep flats, weed flats, holes in weed beds next to deep water - that is all good stuff. They are staging areas for those big fish, before they actually make that push to move up to spawn. "

Andrews stated that he has found the big ones prefer areas with moderately-colored water when moving shallow - also for a sense of security. "If you can find that stained, shallow water, you have a good chance of catching a big one," he continued. "They don't feel as nervous in colored water. It warms up faster and you can throw reaction, because they will chase it. In clear water, they can see too well and they are not that active." 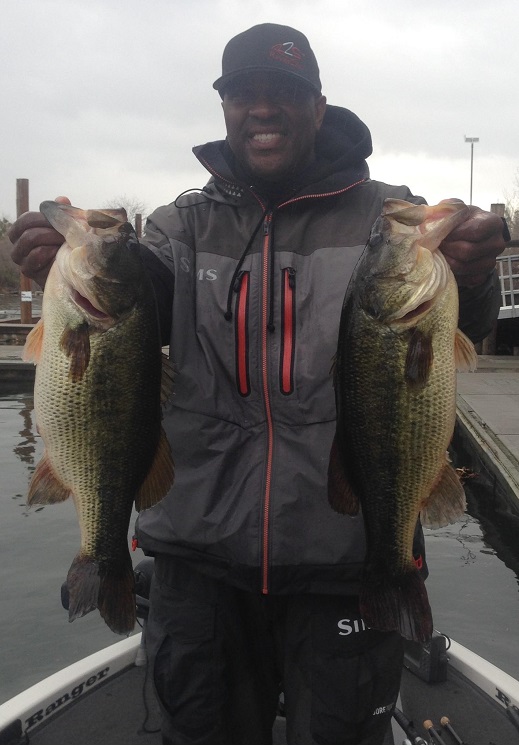 Targeting pre spawn fish for this early March event, Andrews and Pulliam gave the big bass a one-two punch with a black, single blade D&M buzzbait and a Texas-rigged, 7-inch Yamamoto Senko on a milk run that patterned transition areas.

"We didn't really go shallower than 3-ft," he stated. "I don't feel they've made that final push to get on beds yet. The ideal spot was in that 5 to 7-ft range."

Fishing the buzzbait through sparse tules, Pulliam put the first of three of their eights in the box with his 8.65 at about 8:15 a.m. Within the hour, Andrews used the Senko to add an 8.95 (which turned out to be their biggest, but was weighed after they chose the 8.65 for their big fish option, so it was not officially recorded as big bass). Andrews followed his first eight pounder up with another eight shortly after.

"That was our three biggest and they were all caught on the incoming," said Andrews. "Once the tide started going out, we kept flippin' tules, but they wouldn't bite. We picked up the punch rod and caught three or four keepers. We didn't end up with a limit until about noon. The bite wasn't on fire, but every time we got bit, it was a good one. We added in a six and then one about five."

They caught eight keepers for the day.

Andrews and Pulliam have recently joined forces, becoming partners only several months ago. Together, they have won three events within the last 30 days.

"Harvey is helping me pick up where Mark and myself left off," said Andrews. "His competitive nature stems from being an ex pro baseball player and he brings that hunger and passion and crazy sense of humor with him. I feel right at home with my new partner. It usually takes a team awhile to get going; but he fits right in."