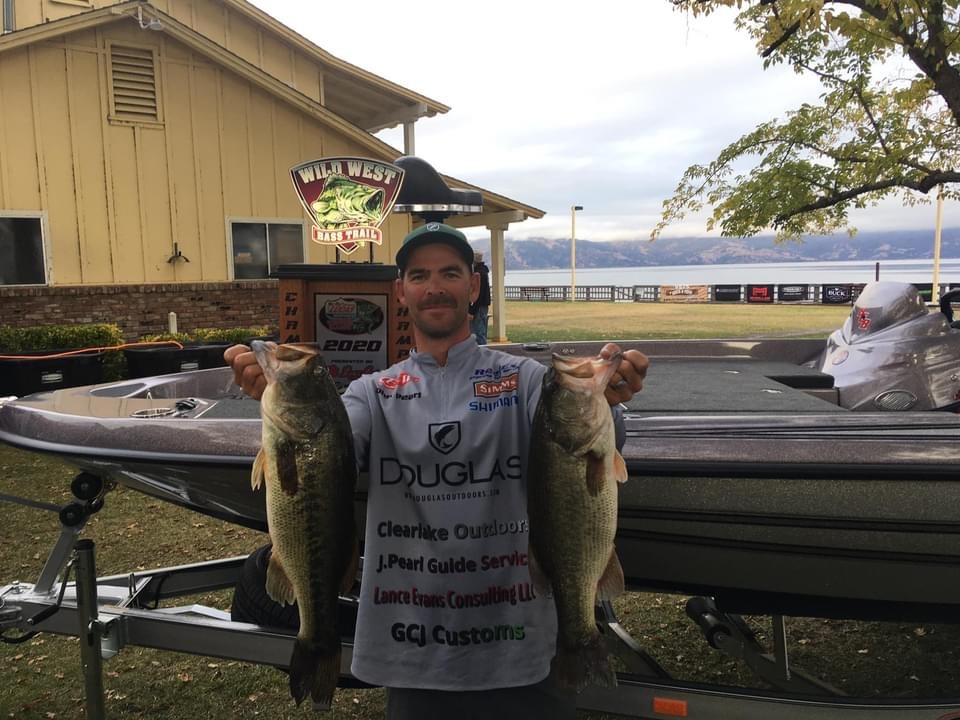 Pearl, an 18-year veteran of competitive fishing, earned the win with a three-day tournament-total of 62.60, collecting a prize package that included a 2020 Bass Cat Cougar FTD equipped with a Mercury Marine 250 ProXS.

Leading the field on Day One, Pearl’s five-fish limit for top-spot tipped the scales at 19-pounds.

A good sack at most fishing venues, the biggest stringer of the day coming in short of a 20-pound benchmark underlined the severity of the difficult bite at the famed big bass fishery.

“It was as tough as I’ve ever seen it in the fall and I’ve lived here my whole life and been fishing it since I was 8-years-old,” exclaimed Pearl. “In a normal year, I would be hoping that I catch 28-pounds, because someone is going to weigh 35. That’s in a normal year, a normal fall pattern on Clear Lake.

“After practice, I was just hoping I would be able to bring in 18-pounds. I’m sure that is how everyone felt. It has just been fishing so tough for the last month, but I still never thought that no one would bring in 20-pounds.”

Known for days of culling fives, the majority of quality-sized Clear Lake bass remained lock-jawed on Day Two; however, it did give up two stringers that broke 20 for pro anglers Dusty Kahler weighing 20.42 and Ryan Diatte with 23.66.

The stingy conditions were glaring as more than half the field held two-day weights (potentially 10 fish) at 20-pounds or less.

Pearl’s Day Two bag went 17.12. A slip to third place on the leaderboard did not shake his confidence going into the final fishing day.

Pearl caught his biggest bass on the final day. It went 6.28 and anchored his final day’s limit of 26.48, the biggest stringer of the event.

Over the course of the three competition days, Pearl held steadfast to moving baits and credits the unwavering reaction presentation for his success.

“I just stuck to a Lucky Craft BDS, an LV 500 and another rattle bait,” he said. “I put my head down and threw ‘em for three days. It was just making those fish react.”

He reported his lures to be in shad-patterns and one bluegill color.

Pearl concentrated on three areas on the north-end, never going past Lucerne.

“My spots had a combination of structure and grass,” Pearl shared. “The fish would live in the grass and go up to the structure to feed. When they were done feeding, they would move out into the grass and I was catching them in the grass. They are little spots that people overlook.”

Pearl revealed his starting area was a community hole.

“Everyone knows it and everyone fishes it; but, this year the fish are not where they usually are and people that usually fish it aren’t getting bit, so they would leave,” he shared. “I figured out the fish didn’t want to be up tight. They wanted to be off a little way. Most people were going over them with their boat, and I think that was the difference right there.”

He described his areas to be in 6- to 10-feet of water and day-to-day variations in the clarity.

“The first day, it started out pretty clear, but in the afternoon the wind blew and Saturday morning it got dirty,” he shared. “I think that hurt me because I started getting short strikes on my reaction baits. They were just nippin’ at it and I wasn’t hookin’ ‘em. Today, the water was clear again.”

Pearl felt the pressure change each day, catching approximately 30 fish on Day One, compared to half that on the final day.

“The first day I caught a lot of fish,” he said. “It was good; but they were smaller, at 2- to almost 4-pounds, but I caught ‘em all day long. Saturday, it was tougher. I didn’t catch as many and they shrunk a little bit.

“By Sunday, it did the exact opposite. I didn’t catch a lot of fish, but I pulled up to my first spot and had 20-pounds by 8 a.m.”

With the overcast skies and rain coming in the first day, Pearl expected the bite to turn on.

“The cold snap came on too fast and they still hadn’t adjusted, so it jsut didn’t happen,” he said. “It went from 80-degrees one week to mornings at 28-degrees with a high of 60 the next week. If that would have happened over a couple of weeks, you would’ve seen a normal Clear Lake bite; but this hurt those fish. They just weren’t able to adjust. They hunkered down. They weren’t able to bite. They weren’t able to move.

“The last day, it got overcast again and I think it finally turned them on. I think that is why all the big fish showed up today.”

Pearl thanked Wild West for bring the tournament circuit to the anglers and expressed appreciation for his sponsors.

“They are the ones that give us the chance to do what wo do,” he said.

Pearl anticipates he will be fishing from his grand prize in the next season. It will be the first brand-new boat he has owned. 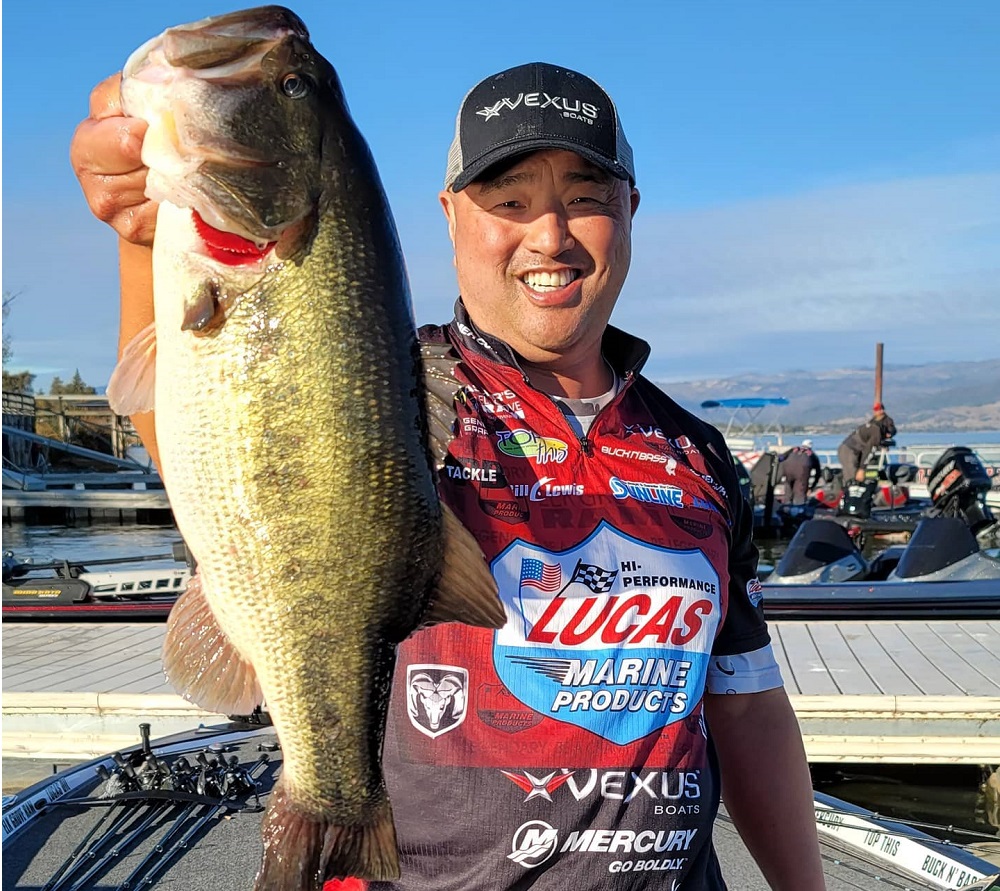 Big Bass honors went to Lucas Oil pro Ken Mah. He landed an 8.06 on Day Two with a rattle bait (above)

Co-angler, Dustin Maraviov (shown below) fished his way to the Co win and his own grand prize package, including a Bass Cat Pantera Classic also with equpped with a Mercury Marine 200 ProXS. 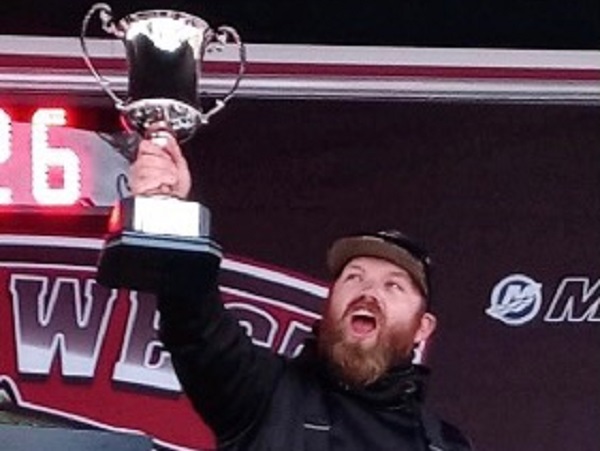 The 2021 Pro/Am Schedule will kick off on January 14 at Lake Shasta.