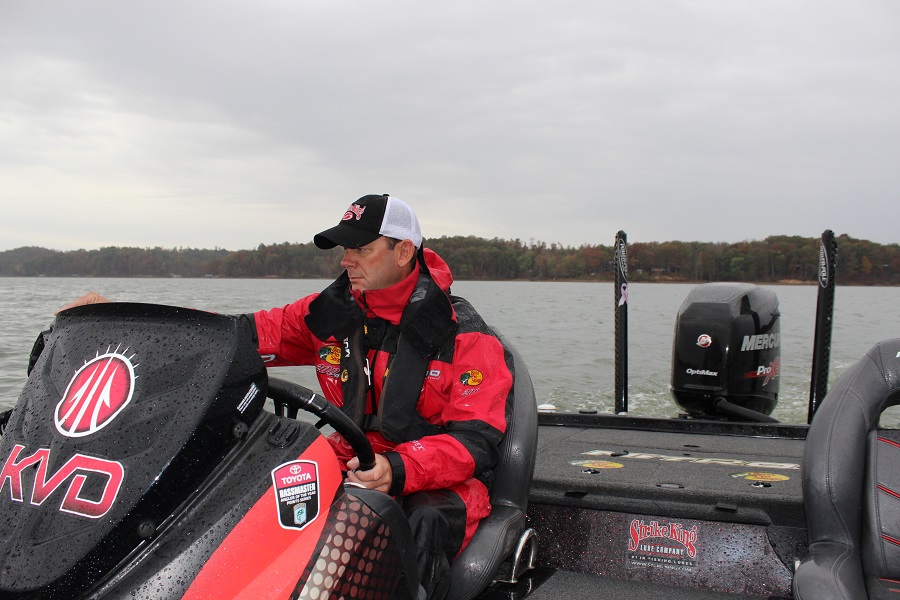 The hook is perhaps the most piece of tackle in all of fishing. The wrong hook can lead to missed fish and heartbreaks. Bassmaster Elite Series pro and fishing legend Kevin VanDam knows a thing or two about hooking bass and makes sure he always has the right hook for the job.

VanDam has made giant crankbaits like the Strike King 10XD and 8.0 Magnum square bill famous with wins and top finishes in major tournaments. These large baits require big hooks simply because they catch giant bass.

“Crankbaits are notorious for lost fish, because of the leverage the bass gets when they jump, so I created a system to get the best strike-to-land ratio,” said VanDam. That includes everything from the correct rod, reel, line and the hook.”

He has also experimented with different round bend styles of hooks and now he will only use the Triple Grip hooks that have a wider gap.

“Every single crankbait in my boat has these trebles on them,” he said. “They are very sharp and perfect for all types of crankbaits.”

The shorter shank on this model also allows him to upsize his hooks without worrying about tangled trebles. 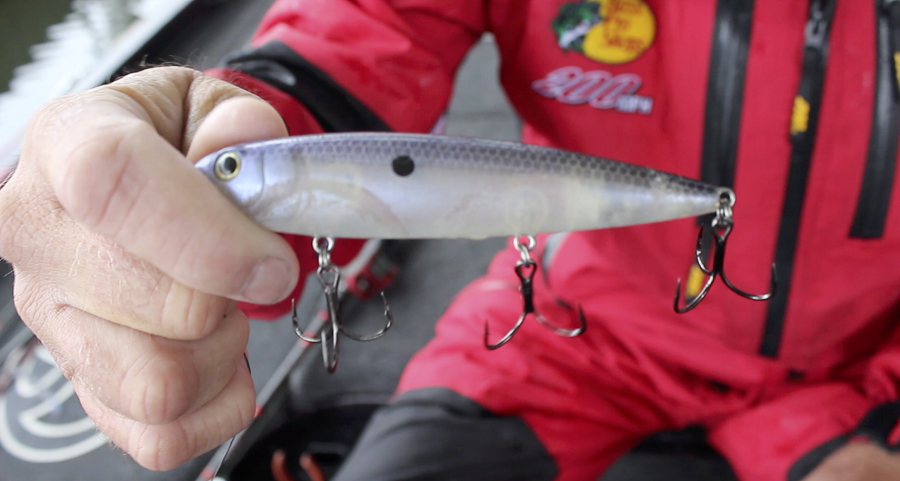 Like crankbaits, topwater baits can lead to lost fish.

VanDam fishes his topwater walking baits like a Strike King Sexy Dawg on 40-pound Mustad Wish 8-strand braided line. He does this to get long casts and to make it easier to walk the bait. One downside to braid is the lack of stretch that could lead to hooks pulling out of thrashing fish. To counter this he changes out his hooks from what comes standard on the baits.

“I swap out all of my hooks on these walking baits with size 2 Mustad KVD Elite Series Triple Grip trebles,” he said. “With these hooks you really don’t need to set the hook because the fish will hook themselves and even with braid they won’t pull out.”

VanDam chooses size with regard to the action of a bait. “Some baits won’t walk as good with bigger trebles, but for the Sexy Dawg a Size 2 is perfect,” he added.

The biggest trend in hooks for these techniques is welded eyes. They are a popular style and it makes sense with slick braided lines. VanDam uses a hook without a welded eye and believes it is even better. His hook of choice is the Mustad Grip Pin Max 3X Punch Hook.

These hooks feature a Grip-Pin (as Mustad calls it) that is designed to secure a soft plastic bait.

“They have added epoxy over the Grip-Pin as well as the eyelet,” said VanDam. “When you connect your braided line it cinches down and keeps the braid from slipping. I think it is even better this way than the welded eyelets.”

KVD also likes the fact that they are built tough and are able to withstand heavy line. “They are very strong and won’t flex, even with 65 or 80-pound braid,” he said.

When fishing a soft plastic like a Strike King Rodent or Rage Bug, VanDam opts for a 3/0 size.

“Those are the two baits that I really like to punch into matted vegetation. The Rage Bug has more action is my favorite for warmer conditions,” he added. 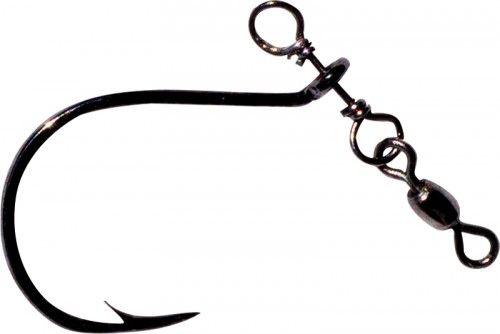 Even though VanDam is known as a power fisherman, he is deadly with a dropshot.

When fishing the technique, he uses straight fluorocarbon the majority of the time, instead of the braid to fluorocarbon leader that many anglers have adopted.

“I like the feel of all 6- or 8-pound fluorocarbon; but the problem with that is you are going to get much more line twist,” he said.

He counters this with a large-sized spinning reel and longer rod and also uses a hook designed to prevent twist. The Mustad No-Twist Dropshot hook is a unique design in that it is two swivels connected to the hook. The design reduces line twist on techniques like dropshot.

“The only thing I have to do is tie an additional leader to the bottom swivel,” he said. “I typically use a 14-inch leader for most of my dropshot fishing.”

Selecting the right hook for each presentation comes down to personal preference as well as the type of bait you are using. Kevin VanDam has been one of the best bass anglers in the world for years and has found through trial and error that your hook choice is as important as lure selection.