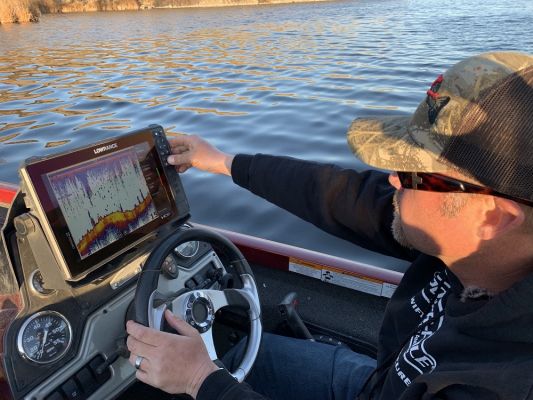 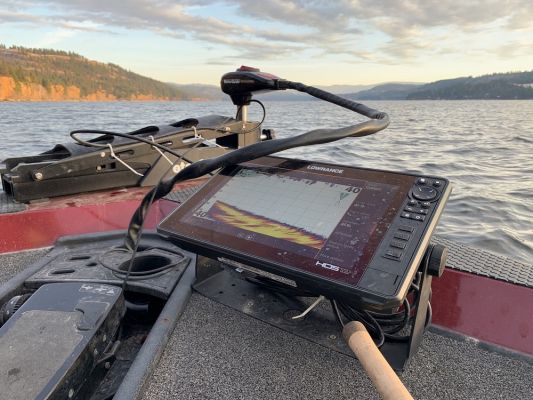 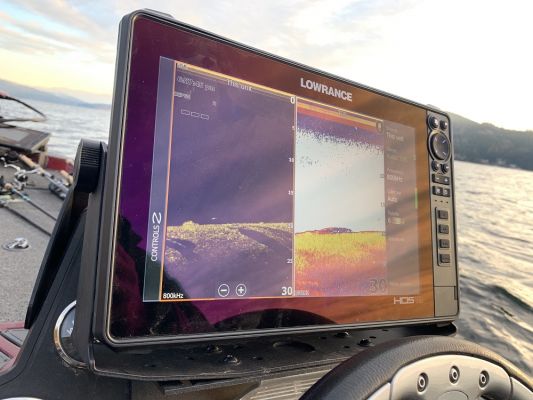 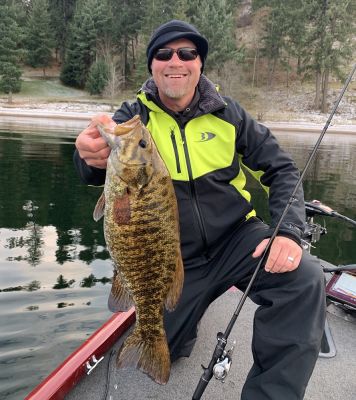 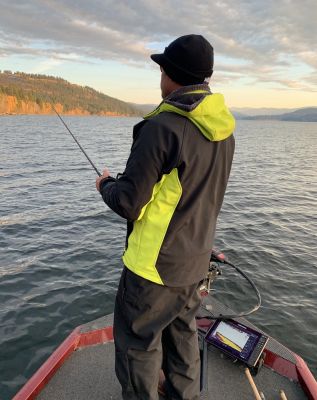 Marine electronics have become essential tools that bass anglers use to locate fish and new fishing areas. Sure, you can go down the bank casting at targets and catch your fair of bass, but utilizing these “computers on the boat” can significantly speed up the process of catching fish, especially during the colder months.

Major League Fishing pro Luke Clausen relies on them when fishing each month of the calendar, but makes a case that they are most valuable when the water is cold.

“When the water is cold, you are going to see more fish in deep water, and they tend to suspend more. I definitely couldn’t fish as effectively during the winter without my Lowrance units,” said the Washington pro.

Live, forward-facing sonar is the newest tool in the arsenal for bass anglers. Since it is so new, even professional anglers like Clausen are still learning the best ways to utilize it. Yet, so far, he has been more impressed and was running one of the first transducers available to the Lowrance pro-staff team, even before it reached retail stores.

“The ability to everything live on your screen has been eye-opening and just plain cool to see. You can watch your bait falling to see how the fish react or don’t react to your baits,” he said. “I’ve also seen a different look at dock cables, submerged trees, and rocks. It is really helpful to be able to scan out in front of you to find those things instead of just what is below the boat.”

Beyond just being able to see what is around his boat, Clausen says it has a real use for winter fishing.

“I probably fish vertically more during colder months more than other times of the year, and LiveSight gives me a different look. It makes it easy to see the fish that are all around the boat and expands that ‘video game fishing’ to make it more effective.”

The ability to see below the boat with DownScan is something that Clausen has learned to use every trip out. He will often run it side-by-side in conjunction with 2D sonar.

“Even though you are looking at the same thing, I like to have two different views. 2D may pick up something different than DownScan and having both there gives me the whole picture,” he added. To maximize his use of DownScan by running the HDI transducer affixed to his trolling motor, so he can see it no matter where he is in the boat.

StructureScan is another tool that Clausen can’t live without.

“During the winter, I am most often looking for hard spots and isolated structure. Without StructureScan, you are fishing blind,” he said. “When I am idling, I am always looking at what is out to both sides of the boat.  I am looking for those out of the way places that others miss, and StructureScan is the most effective way to do it.”

With more new technologies being developed, you would think that the regular 2D sonar that we have all used for years would be taking a back seat, but Clausen said that is not the case.

“Everything about the units has gotten better so they are faster and the transducers are more powerful. With 2D sonar, the picture is as clear as it has ever been, and when fishing vertically beneath the boat, it is still a reliable tool,” he said.

As he mentioned, running 2D in conjunction with DownScan gives him two perspectives, and at times, 2D will be better at gauging the size of the fish below the boat by viewing the colored arches.

The final piece of the electronics puzzle is electronic mapping. Clausen utilizes it to find likely areas during the winter months and throughout the year.

“The mapping has become so detailed that pretty much anywhere I go in the country, it is mapped. During the winter, I am looking for deep-water wintering areas and places with more vertical banks,” he shared. “I also start to search for offshore humps, rock piles, and anywhere else that bass will use as wintering locations. But, I also look for shallow water nearby because they will still go shallow to feed if you get even a little bit of warmer weather.”

During the winter months, Clausen and other bass anglers have learned that marine electronics are invaluable. Using all of the tools available to him, he can quickly break down a lake and maximize his time while searching for cold-water bass.