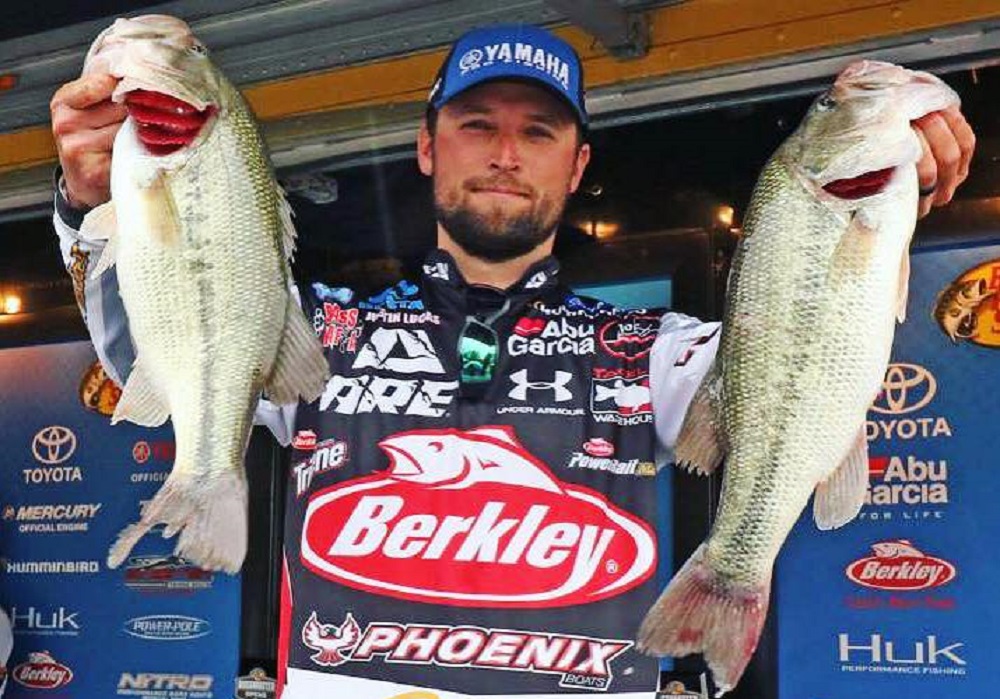 The famed lake has traditionally offered good fishing this time of year, and many of the same patterns continue to win tournaments year after year.

Lucas says anglers can fish shallow or deep and have success with both hard and soft baits and contend for a tournament win or have the day of a lifetime if out fishing for fun.

If Lucas were fishing Clear Lake this fall, he would make sure to be ready with topwater lures and a punch rod.

“You always need a big punch rod on Clear Lake for any time you come across thick cover,” he says. His bait of choice is the new Berkley MaxScent Bunker Hawg, and he fishes it on a 7’11” extra-heavy Villain 2.0 rod with a Revo Rocket reel spooled with 65-pound Berkley X9 braid. 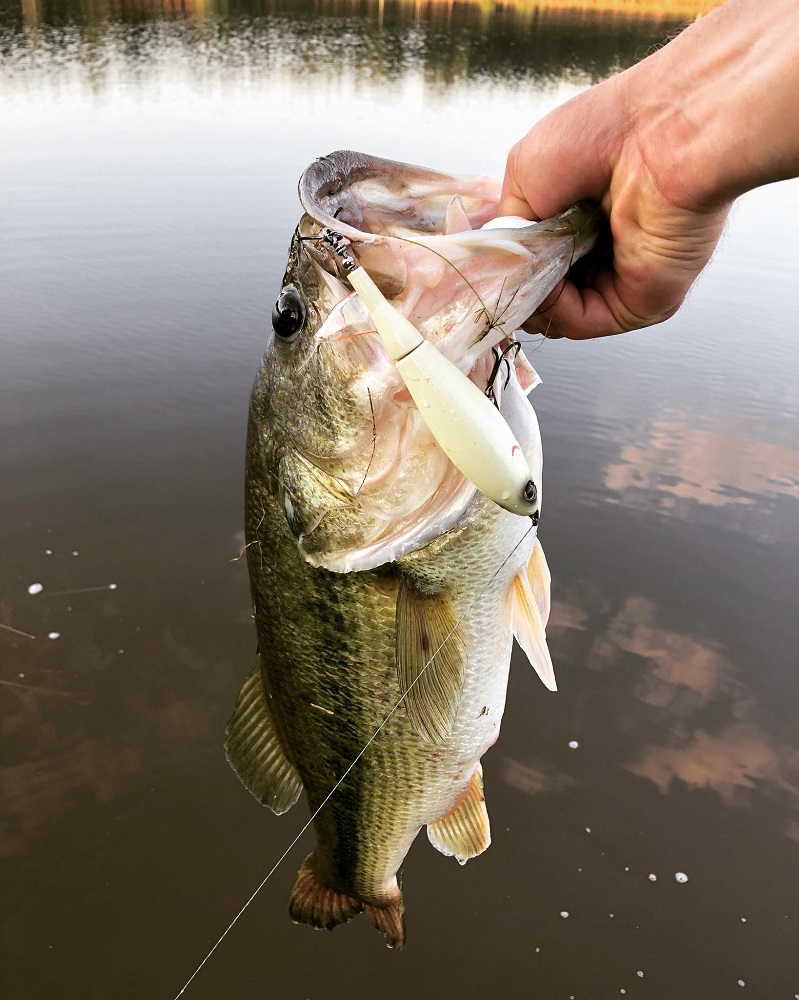 Surface baitsis another must for fishing shallow, according to Lucas.

“Topwater is always good around the docks on Clear Lake this time of year. I also look for any defined grass edges,” he says. He likes both a plopping style and walking bait and alternates between the two no matter where he goes in the fall.

“The Choppo and J-Walker are the two I would use, and I fish them both on the new Berkley X9 braid in the 30-pound test. I like the X9 for my baitcasters; because, it is so smooth and casts great” he adds.

READ RELATED: First Look at 7 New Products from Abu for 2019

He likes the Berkley Dredger 20.5 and 25.5. The numbers indicate the diving depth, and he will use them based on the depth he is fishing.

When it comes to gear, the 7’10” medium-heavy Abu Garcia “IKE” Delay Series with a Winch reel and spools it with 10-pound Trilene 100% Fluorocarbon.

When asked to give his top, bottom baits, he shared some old favorites.

“I would definitely have a big 10-inch Power Worm rigged up and a 6.25” Bottom Hopper on a shaky head. You also need a football head jig to drag out there,” he says. “I’d have both a ½ ounce and ¾ ounce jig and add a PowerBait Chigger Bug on the back of it.”

His trailer of choice is a new offering from Berkley that features the same basic profile of the old favorite Chigger Craw, but it has a much more aggressive tail section that Lucas feels does a better job at appealing to hungry fish this time of year.

Lucas began his tournament career as a co-angler and is one of FLW’s most successful non-boaters ever with five wins from the back of the boat.

Included in those wins was a victory on Clear Lake in October. He said he has a trick that takes patience, but will produce like no other.

“When you are fishing 15- to 25-feet deep around rocks, I would use six-inch, soft stickbait like the Berkley MaxScent The General.

If you can be patient and get it down that deep you won’t get hung up and can catch some giant bass,” he says. “I would drag it behind the boat and keep letting line out to keep it right on the bottom.”

He says to keep it simple and use a natural color or the tried and true Green Pumpkin.

Lucas admits this is a tedious way to fish but stresses that it works.

“When the fish get pressured or if it is slick and calm, this is often your best way to get a bite,” he says.

He fishes the big stickbait on a spinning rod with light line. The 7’ medium-heavy Abu Garcia Fantasista Premier rod with a Size 30 Revo Premier gets the nod.

“I spool it with 6-pound Berkley X5 braid with an 8-pound Berkley Trilene 100% Fluorocarbon leader,” he says. “The X5 is a little rougher than the X9, but I feel like it performs better on spinning and you get fewer wind knots.”

Clear Lake has traditionally held many tournaments late in the year and attracts many anglers from across the state. Even though Justin Lucas now lives in Alabama, he has fond memories of fishing there late in the year.

He says the good thing about the scenario is that you can pick your poison: hard baits and soft baits and both shallow and deep.