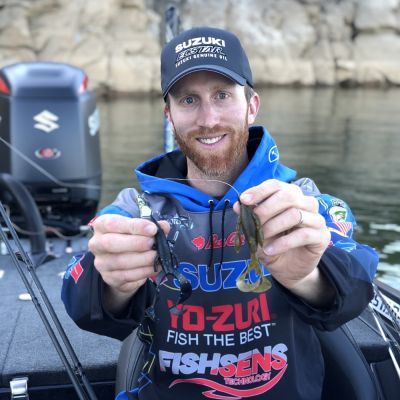 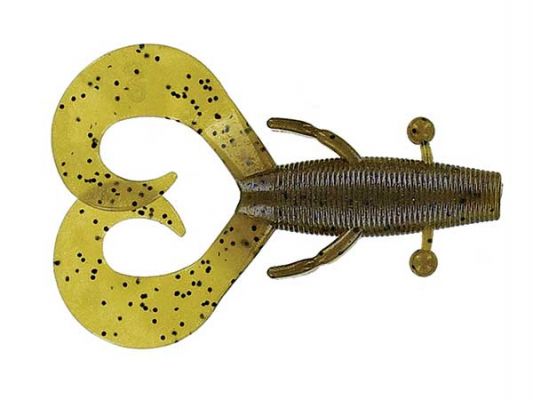 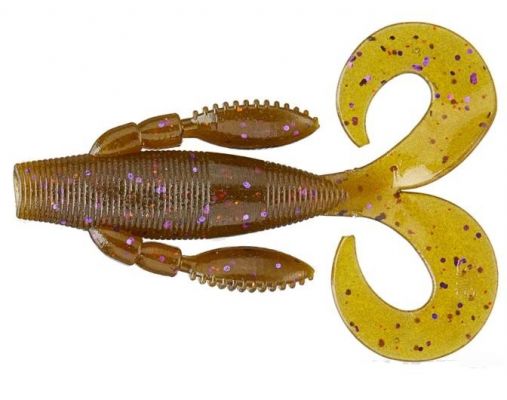 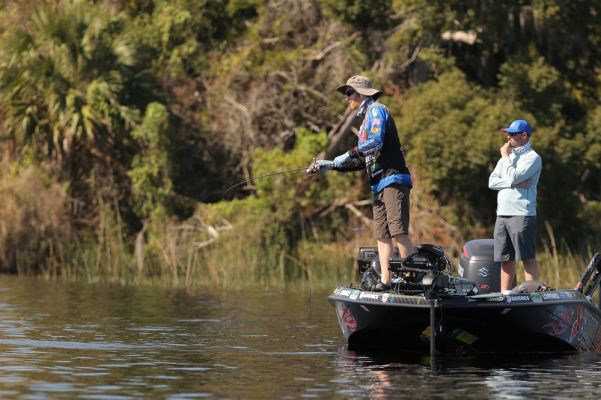 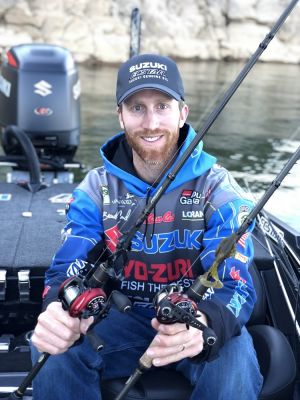 A cowboy and mermaid may seem like great Halloween costume ideas, but they have their place in bass fishing.

The Gary Yamamoto Cowboy and Mermaid are two relatively new bait designs from the legendary brand, and they each provide a new look to bass while borrowing some of the features that make their Double Tail Grub and Flappin’ Hog so great.

Bassmaster Elite Series pro Brandon Card says there is a time and place for Cowboys and Mermaids in bass fishing and has learned that each of these lures fits a nice niche in his soft plastic arsenal.

The Mermaid has two outward facing legs, while the Cowboy is similar to a Yamamoto Double Tail.

The Cowboy is a 4-inch bait that feels bulkier due to the size of the appendages and thickness of the midsection.

The Mermaid is 3.75” long, and the curled legs give it a larger profile than the size suggests and also plenty of action.

“The size of the Cowboy produces drawing power to the bait, and I think it produces something that intrigues the bass. It’s a big profile and falls pretty slowly,” says Card.

The Mermaid has a totally different appeal according to Card. “It will fall faster, but it still has a slow fall compared to some other baits.”

READ RELATED: 5 Baits Roy Hawk Took Across the Country to Fish the Elites

One of the first things Card learned about these baits is how much different their fall rate is compared to other Yamamoto plastics.

“They both fall slowly and this can be important at times,” he says. The slow fall has to do with the bulky build of the Cowboy and how wide and large the tails are on the bait.

Card says there are several situations where a slower fall is needed when he is flipping and pitching a bait like this.

“Anytime you have muddy water; I like my bait to fall a little bit slower so the fish can see it better. Also, earlier in the year when the water is cooler I like the bait to fall slower,” he says. “The great thing about twin tail baits like this is they have a great action for both cold and warm water.”

Besides these two scenarios, he pointed at another where he feels a slower fall that can be achieved with the Cowboy and Mermaid can be beneficial.

“If the water is really warm and the fish are sitting high in the water column you don’t want the bait dropping fast them too fast. I’ll see it where I’m flipping bushes in six or seven feet of water, and the bass will be in the top two feet of the water column.”

There are countless ways that you can rig these baits. From using them as a jig trailer, rigging it on a Carolina-Rig, or merely flipping and pitching it. The latter is how Card prefers to fish them, and one of the most crucial things he adjusts is his weight size.

“I will fish them in typical flippin’ stuff, but mostly around light cover. I’ll use anywhere from a 3/8- to a ¾-ounce. weight,” he says. “If the cover is sparse I’ll use a 3/8;  but, the ½-ounce weight is the perfect place to start.”

Card fishes both of these baits on a 7’6” heavy Abu Garcia Fantasista Premier rod. He pairs it with a blazing fast 10.1:1 Revo Rocket reel spooled with 16-pound YoZuri TopKnot fluorocarbon. He prefers the fast reel speed to allow him to take up the line and make another presentation quickly.

While the majority of his fishing with these baits is flipping and pitching to cover, Card sees another great use, and that is fishing them on a swinging football head or wobble head.

“There are situations, especially offshore ledge tournaments, where I like to reel a jig or wobble head slowly along the bottom. You can rig one with a Cowboy or the Mermaid. It is a great way to get a few more bites when things slow down, and the flapping on these two baits isn’t too aggressive when you need to show them something more subtle,” Card adds.

When fishing this way, he uses the same rod and line as he does flipping and pitching the Cowboy and Mermaid, but will use a slower reel. The 8.0:1 Abu Garcia Revo MGX is his choice.

Gary Yamamoto Custom Baits is a leader in the fishing world, and they continue to innovate with new styles of soft plastics. The Cowboy and Mermaid are the latest in a long line of fish-catching plastics from the popular brand.