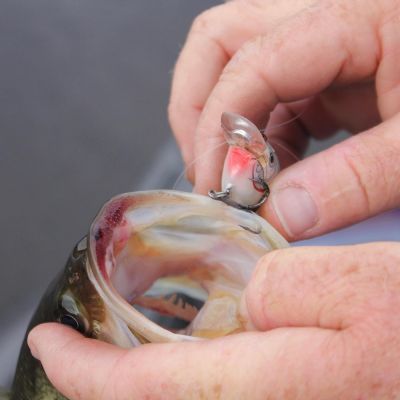 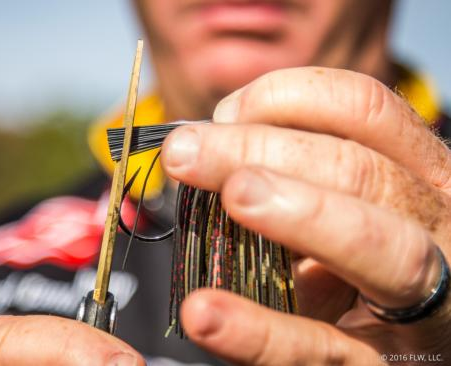 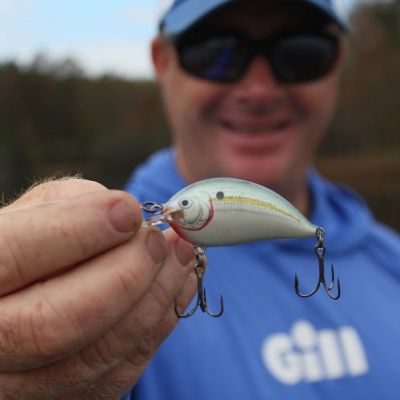 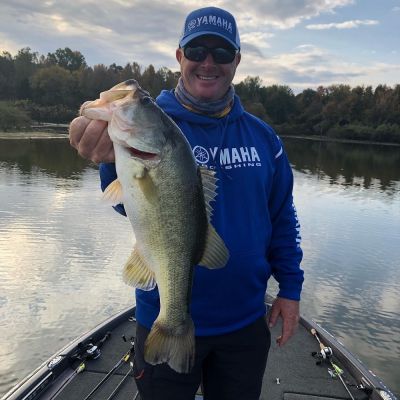 It is a new year and the professional bass tour seasons are right around the corner. Pro anglers are getting their new boats prepped and all of their gear ready, but they are still getting in some winter fishing around their homes.

2019 Bassmaster Elite Series Angler of the Year Scott Canterbury has been fishing a few times a week lately and is busy gearing up for a tournament on Lay Lake in the coming weeks.

What he’s found is that the bass are biting three tried and true winter techniques of cranking, throwing a jerkbait and pitching a jig.

Canterbury is a big fan of jigs for all seasons and has his own line from Dirty Jigs. When the water cools, he’s loves pitching one to shallow cover.

“That’s my favorite thing to do during the winter and you generally get better quality fish,” he says.

Canterbury casts it into the brush, flips it into laydowns, and works the eddies in current with a ½-ounce Dirty Jigs Scott Canterbury Flipping Jig.

“If I am pitching it, I like 17-pound P-Line Tactical fluorocarbon because of how well it handles in cold weather,” he says. “Some fluorocarbons out there get real brittle and have more memory when it is cold, but Tactical has just the right formula and a little stretch. That makes it easier to fish in the winter.”

Of all of the winter patterns that Canterbury has been using to catch bass lately, the crankbait bite has been most consistent. Even with water temperatures dipping into the 40’s, he is still catching them on moving baits in shallow water.

“I’ve been targeting rock transitions in four to six feet of water,” said of his local Alabama waters. “The fish are already wanting to be shallow this time of year and you can still catch fish shallow with moving baits. On days with more current here on the Coosa River lakes, they will pull up as shallow as they can.”

While this may seem like just a southern thing, Canterbury says he’ll rarely fish that deep with a crankbait during the winter.

“It is not just around here; it is a big tactic on the Ozark Lakes, which get a lot colder than we do,” he said. “I hardly ever fish water deeper than 10-feet of water in the winter.”

According to Canterbury, the key is finding the right depth to be fishing and the corresponding bait. That is something that changes day to day and he says the only real way to get a gauge of it is to try different lures.

“Some days, you can get a few bites on a wider wobbling bait, but in general, the flat-sided more finesse style crankbaits are always going to be better when it is cold,” he said. “My rule of thumb is to switch to that style of bait when the water gets down to 55 or 56-degrees and it holds everywhere I go.”

He alternates between Bagley Balsa Sunny B Crankbait Shallow, which dives three to four feet and the medium version that hits six to seven feet of water. For both baits, he likes fishing monofilament line during the colder months

“I’ve alwalys been a mono guy for winter cranking and that’s all I’ve done for years,” he says. “I fish the smaller crankbaits on a spinning rod with six or eight-pound P-Line CXX original and have been using that for fifteen years. That stuff is so strong and handles really well on spinning gear.”

When using baitcast gear, he’s also a monofilament fan and will use either ten or 12-pound P-Line PF Original.

“It handles great on baitcast gear and has very little memory,” Canterbury said.

Although Canterbury reported that his jerkbait bite had slowed lately due to some winter rains and dirtier water, he’s still got confidence in them.

“A jerkbait is always going to be good when the water is cold,” he says. “What I like to do during the winter is to make sure I always have two tied on to cover different depths. I’ll have a shallow version and a deeper diver so that I can cover the whole water column without retying.”

One thing he does is pay close attention to his line size and will fish the shallower jerkbaits on 12-pound P-Line Tactical Fluorocarbon and opts for 10-pound on the deeper diver to get it that much further into the depths.

Early in the year, Scott Canterbury sticks with shallow water techniques that have produced for him for decades. Fishing a flat-sided crankbait, pitching a jig to cover, and throwing a jerkbait has served him well over the years and they are working again for him as he begins the 2021 fishing season.