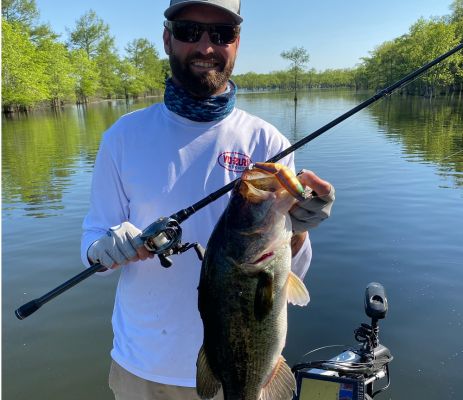 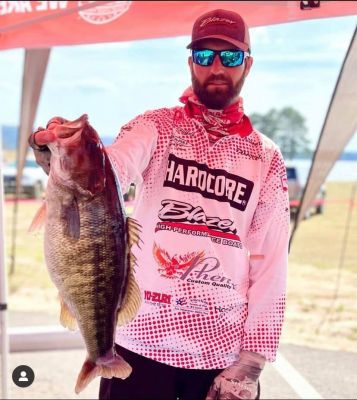 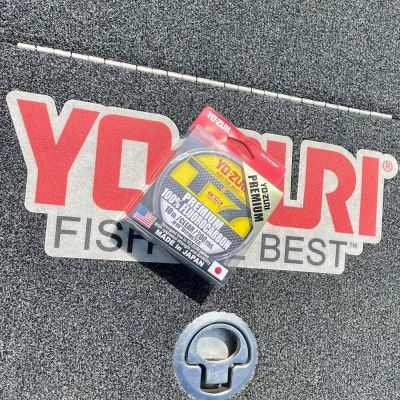 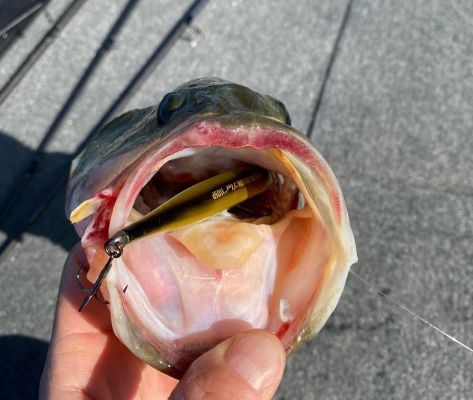 In bass fishing, the cool weather season can be one of the most challenging times to catch fish in many parts of the country as the bass move from their warmer water to winter haunts. They are on the move and often hard to track down as they search for baitfish. Bass also tend to suspend this time of year, another very tough situation.

To combat this problematic scenario, Tackle Warehouse Pro Circuit pro Spencer Shuffield relies heavily on his forward-facing sonar and uses a one-two punch of a jerkbait and wakebait.

“It’s always best to look for areas on the mainlake and not in the backs of creeks where it is narrow and winding,” he said. “I like the more open areas because you have more of the big, long points and humps that the fish use this time of year. Most of the best areas will be in water that is between 15 and 25-feet deep with some good structure near it.”

READ RELATED: Japanese Glide Bait | Here's What You Need to Know about the Ninja Twitch'n Glider

When Shuffield sees fish suspending out over points, brush, or timber, one of his first calls is with a wakebait.

“That’s one of my main deals this time of year, and I like the Hardcore Noi-Z wakebait,” he said. “When you have fish suspending, kind of in between seasons and water temperatures in the low 60s, they are still pretty active. You can draw them up, even those deep fish that have been out there all summer long.”

He’ll look for long points with grass or brushpiles and start panning with his sonar looking for suspended bass.

“You might be fishing over 20 or 40-feet of water and they’ll be suspended down in the middle of the water column,” he said. “They’ll still come up even if the water has some visibility to it; it doesn’t have to be gin clear. I never realized that until doing this with Garmin Panoptix LiveScope and it’s crazy watching the whole school come up and check it out.”

He likes the Noi-Z because it has an excellent waking action with the addition of a prop for more sound and flash.

“You get that extra noise and it makes a great wake,” he said. “Some other wake baits I used before this one were ok, but you had to work them really fast to get the good action. The Noi-Z is just cast and reel it back with your rod tip high and you can fish it fast or slow.”

He believes that a standard cast and retrieve is the best for most situations but will mix it up at times.

“Most of the ones who come up and hit it, they get it,” he said. “Once in a while, you’ll have one swirl on it and miss it. Then, I’ll give my reel two or three quick turns of the handle to get them to come back again.”

Shuffield likes to fish the Noi-Z with a 7’4” medium-heavy Phenix M1 rod and a 6.3:1 Daiwa Zillion with 14-pound Yo-Zuri T7 fluorocarbon line.

When asked why fluorocarbon instead of monofilament, he had solid reasoning for choosing fluorocarbon.

“The bait has such a high buoyancy that you don’t need the floating properties from mono to keep it on the surface,” he shared. “Plus, I think that since fluorocarbon sinks, it keeps the bait sucked to the surface much better. You won’t have the bait blowing out on you at all, no matter the retrieve speed.”

The Noi-Z is Shuffield’s first option, but after catching a few of the fish he drew up from the depths, he always goes to a jerkbait.

“I’ll follow it up with a Hardcore Minnow Flat after catching all I can on the Noi-Z,” he said. “You can usually catch one or two more with it. The whole school will still be up higher in the water column and looking.”

Deal with suspended bass is always a head-scratcher for some anglers and add in the fall funk, and you will see an even bigger challenge. Professional angler Spencer Shuffield has learned that those suspended bass are willing to come to the surface for a wakebait and he can always add a few extra bites with a jerkbait.