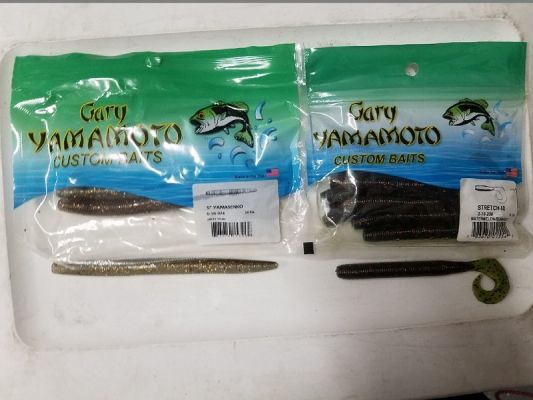 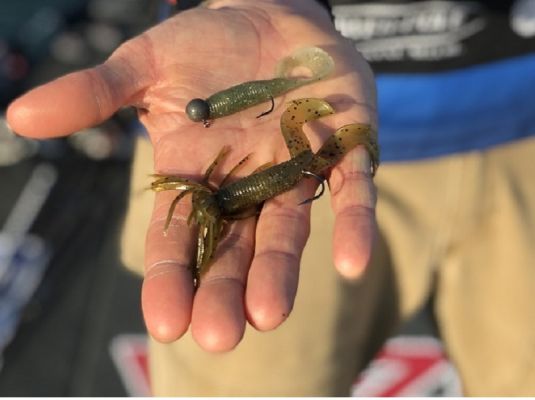 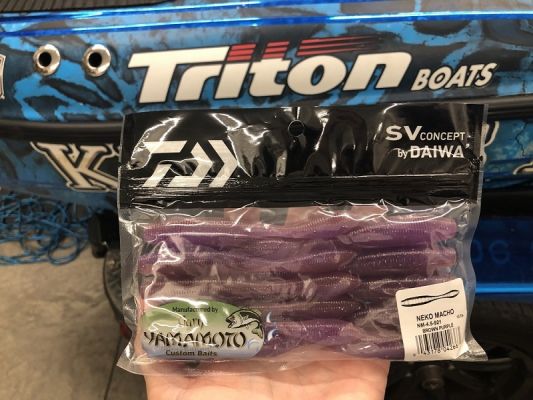 Few lure brands are as well-known and respected as Gary Yamamoto Custom Baits. Their Senko forever changed bass fishing and is one of the best lures of all times.

Their Zako has become the go-to ChatterBait trailer. The Hula Grub and Double Tail Grub are staples for football heads and as a jig trailer. The list goes on and on with their successful baits.

But, they make quite a few other products, including some that are kept quiet by anglers in the know. Here are three lures that are catching bass but maybe not getting the attention they deserve.

The “Stretch 40” is a unique bait that is a cross between a Senko and a grub. It has a similar length and appearance of the original Senko, but it has a small curly tail at the end. Roy Hawk has had success with it rigged a variety of ways and across the country.

“Overall, it is just super versatile. I’ve flipped it, fished it weightless, on a Carolina-rig, and on a split shot,” Hawk began. “I have friends that drop-shot it all the time, and they fish it dragging on the bottom and ‘strolling’ it. They do great fishing it that way.”

So what makes this bait so unique? Hawk says it comes down to the profile.

“It is basically a four-inch Senko with a curly tail, but the tail is small. Most baits that size have a large curl or ribbon tail, and this is much different, and I’d say more lively,” he said. “It is just like bass food, you could throw a bunch in the water, and they would look good enough that bass would swim over and eat them.”

Years ago, a single tail grub was the go-to finesse offering for bass anglers. Just about everyone made one, and they caught plenty of bass. Yamamoto has long had one of the best on the market with their aptly named Single Tail Grub.

It been catching bass for decades but may have been forgotten by many anglers. The grub is not talked about as much as anglers have shifted their focus to other finesse tactics and tiny swimbaits, but Brandon Card still rigs one up often, especially when targeting smallmouth. He says the Single Tail Grub and Hula Grub are two of his best producers for bronzebacks.

Card's most productive times to fish the Single Tail Grub are during the colder months until they spawn.

“It works all year long, but it great during the pre-spawn. I fish it the same as I do with a small swimbait,” he shared.

He says to fish it near the bottom for best success.

“I reel it slow enough that it is just hitting bottom every once in a while, barely ticking the rocks. You can also fish it on the bottom and drag it like a jig. I have also had some great days where you ‘reel, reel, reel’ it and then let it fall on a tight line,” he said. “It is also an excellent spinnerbait trailer.”

Card also pointed out that the 4” and 5” sizes are his favorites and that Yamamoto measures the length of the grub with the tail stretched out, so they are likely smaller in size than you may be imagining.

This is a unique pick because this line of Neko-specific baits is sold by Daiwa, but made by Yamamoto. They are a relatively new group of baits, but they have been catching plenty of bass with this popular technique since the day they were released.

Randy Howell couldn’t say enough good things about the worms and how they perform. His two favorites are the Neko Macho and 6.5” Neko Straight. While they were built for the Neko Rig, he’s found several other uses.

“They are made of the same material and formula as the Senko, but their unique designs give them a different action and fall rate,” he said.

The Neko Macho is a thick profile worm with a bulbous tail, and Howell says it is very versatile.

“I fish it Texas-rigged on a Daiichi Xpoint X-25 4/0 HD hook like I do with a Senko and also fish it on a wacky-rig,” said Howell.

For the Neko Straight, he skips it and also fishes it on a drop-shot rig.

“This is a great bait to skip under docks, but it is also excellent around grass. It has also become my new favorite drop-shot worm,” he said.

There are plenty of great lures from Gary Yamamoto Custom Baits, but lures like the Senko get the most attention. These additional picks from three of their pro-staff members might open some eyes to how well they work.