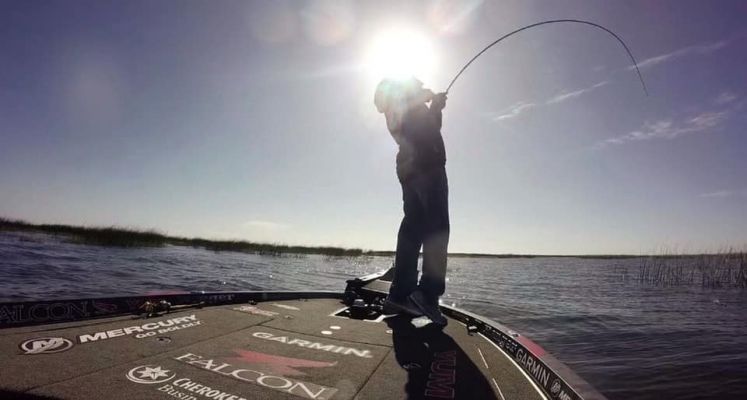 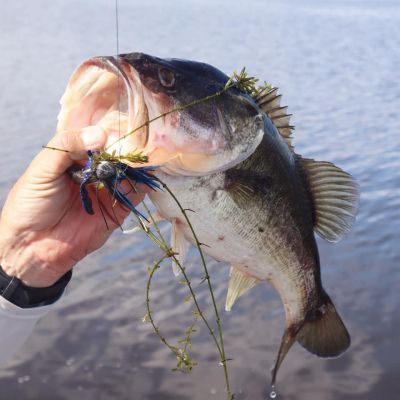 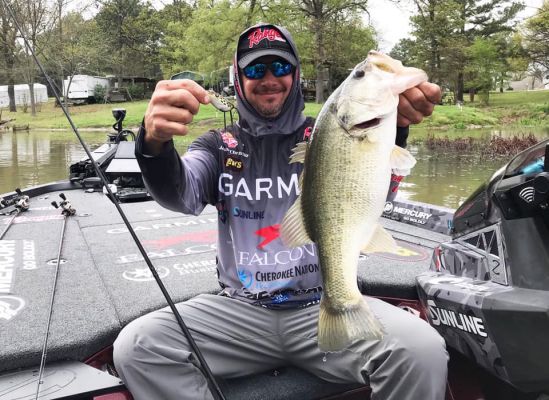 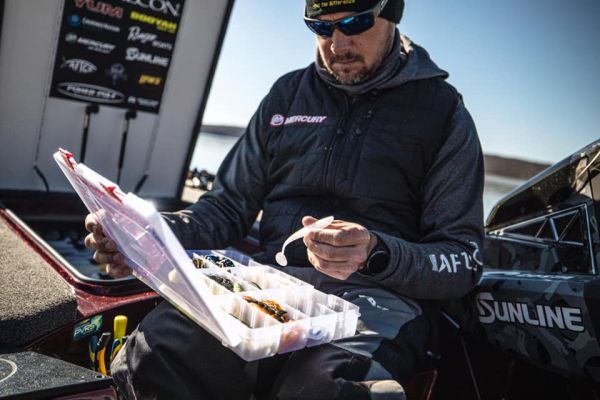 It is no secret that bass love aquatic vegetation and they will almost certainly be around it anywhere it grows. The types of vegetation vary significantly from region to region and it changes throughout the seasons, but bass and grass just go together.

Oklahoma pro angler Jason Christie is like many bass anglers in that he loves fishing aquatic vegetation and has a simple approach based on the season and type of cover he is fishing.

“I love fishing grass tournaments because it changes so much from year to year and you have to figure out what is going on right now,” Christie began. “Some of the same areas will always be good, but it is not as spot-specific.”

When faced with vast expanses of grass, he looks for the irregularities and does what he can do put the odds in his favor.

“It can be hard when you see miles and miles of grass because the fish can be anywhere. Sometimes you have to just start fishing until you start to get some bites, but it is not a very efficient way to cover water,” said Christie. “To have a better shot, I am looking for points in the grass, high spots, drains, and anything that is just a little different than everything else.”

These are all terms that are used interchangeably depending on where you live, but they one thing that stays true is the fact that bass love them. So does Christie.

“There is something about flipping a jig into them that I love. It is one of my favorite ways to fish,” Christie said. “As long as there is enough water around them, I’ll be flipping either a ½ ounce BOOYAH Boo Jig or Bankroll. I’ve also been using the new War Eagle Jiu-Jigsu Flipping Jig.”

He sticks with a half-ounce almost exclusively but will change his trailer based on the conditions. “I let the trailer size adjust how slowly or quickly the bait falls. Instead of switching to a lighter head, I just add a bigger chunk to get it to fall slower,” shared Christie.

READ RELATED: Froggin' Around the Spawn and Other Springtime Strats with Alton Jr.

This common form of aquatic vegetation can be found in many areas of the country and Christie is a big fan of fishing it because he knows the potential. His approach to fishing hydrilla is based on whether it has reached the surface and began to mat.

“If it is matted up, the only thing you can really do is fish a frog on top of punch through it with a big weight,” he said. “I’ll fish a regular BOOYAH Pad Crasher up top and not the popping version because the cup on the front just gets too much grass. When I am flipping, it is usually going to be a YUM Bad Mamma with a one-ounce or bigger weight,” said Christie.

Before the hydrilla reaches the surface, Christie says the sky is the limit for how to catch bass relating to it. With that being said, he still has some favorite lures.

“When I think of hydrilla, I think of cleaner water, so a lot of times I will go with natural baits and a lot of plastics. Early in the year, I like something smaller like a YUM Genie Worm that has a straight look,” he said. “If it is in the summer, I’ll fish the edges with a 10” Yum Ribbontail.”

Another common location to catch bass, lily pads are what Christie calls a “cousin of hydrilla” in terms of how he fishes them. Like hydrilla, it is heavily dependent on their level of growth.

“If they are just starting to grow early in the year and you are targeting the stems, it is wide open to what you can use to catch fish. I’ll throw a BOOYAH Melee vibrating jig or a swim jig with YUM Pulse on the back,” he said as he named a few of the many ways to catch them on emerging pads.

Once they reach the surface, he will stick with either a frog or flipping a creature bait or tube.

“It is hard to flip and flip miles of them, so I will unusually stick with the Pad Crasher frog and cover water until I start getting bites in one area,” Christie said. “Once I know where they are at, I’ll slow down and flip the pads.”

When fishing aquatic vegetation, Jason Christie looks for the subtle changes to make sure he can fish effectively and where the fish are. He adjusts his lures based on the thickness of the grass, and to help him fish the green stuff cleanly and efficiently.

READ RELATED: The Versatility of Creature Baits with Jason Christie