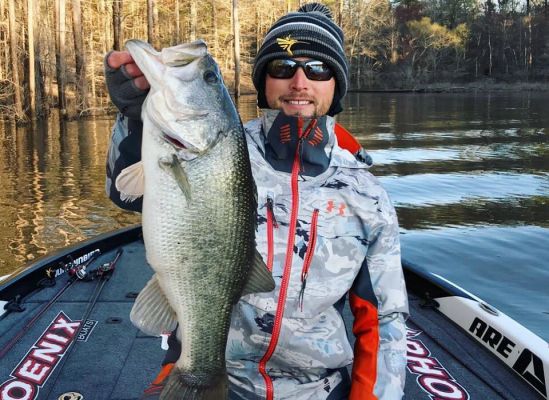 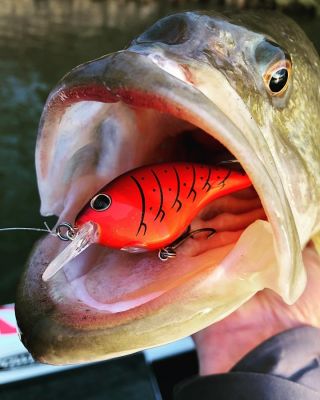 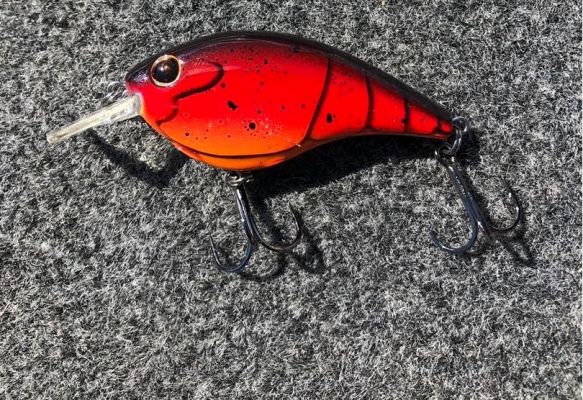 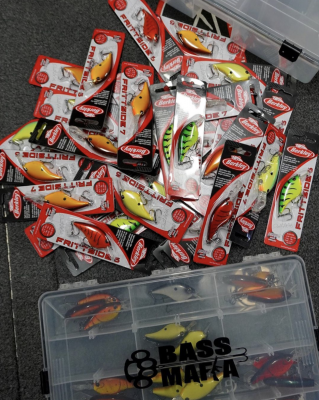 Crankin’ When You’re Not Considered a Crankbait Guy

As a top-level pro angler, Major League Fishing's Justin Lucas can catch bass every way imaginable. He's a versatile angler with skills to do it all, but he never considered himself to be a "crankbait guy" until he started using a new bait from Berkley called the Frittside.

The bait (and name) are all possible because of legendary crankbait guru David Fritts who is widely recognized as one of the best crankbait fishermen in the world.

"Fritts is the king of cranking. Who else would you want to design a crankbait?" Lucas asked. "He's been part of so many great crankbaits over the years and now helped design the Dredger series and the Frittside for Berkley. The Dredgers are a really good deep-diving lineup and the Frittside is the right kind of bait for shallower cranking."

The bait is a flat-sided bait, which many anglers associate with cold water. It'll work then, but Lucas feels that it is more versatile than that.

"To me, it doesn't have as tight of a wiggle as a handmade balsa bait, but it still has some of the qualities. I think of it as a cross between a flat-sided balsa crankbait and a 1.5 size squarebill because of how it swims," Lucas stated.

The bait comes in three sizes, but by far, the 5-foot diver is the go-to for Lucas. The bait is a little over two inches long, weighs a third of an ounce and will dive two to five feet.

"One thing I like about them is how consistent they run and it runs true right out of the package," Lucas said. "I fish it a lot in water less than five feet and it will easily get down to that three-and-a-half to four-foot zone."

Where and When to Throw It

Lucas says he fishes the bait year-round and in clear to slightly stained water and it catches them everywhere.

"I literally throw it all year long,” he said. “It will work in the dead of winter and even when the water is really warm," Lucas said. "It has a nice, natural look in the water and it is great in cleaner water. I look for water that has at least a foot or so of visibility. If it is dirtier, I'll go with the Squarebull, because it has a more aggressive action. I'll also beat the Squarebull around on cover a lot more in shallow water."

Lucas will fish the Frittside around a variety of shallow cover and says it reminds him of an old-school bait he used growing up around the California Delta.

"The action and how well it works reminds me of the old "speed trap" style crankbaits that were so good on the Delta. I've caught a ton of fish on the Frittside and I don't think there's a better crankbait when the fish are shallow."

When fishing the Berkley Frittside, Lucas opts for a seven-foot medium action Abu Garica Veritas rod and he pairs it with a 6.4:1 Revo MGX reel.

"I'm just spoiled with that reel and how good it casts, so I use it for a bunch of different techniques," Lucas added.

For most instances, he sticks with 12-pound Berkley Trilene 100% fluorocarbon but will go up or down a size based on the conditions and where he is fishing.

"I'll use 10-pound if the water is a little clearer or if I want the bait to dive down just a little bit more. I go up to 15-pound when the water has a little more stain to it," Lucas shared.

The Frittside is available in 18 different colors and Lucas has experimented with all of them but has three favorites among the bunch.

"Berkley has stepped up their game with the colors for the hard baits and there are some good ones. If I had to pick three, it would be one to cover all of the bases," Lucas began.

"Hands down, my favorite is Special Red Craw. The other two cover all of the other situations with a white shad pattern and a more translucent color for clear water," he added. "I love all of the colors they have and the finishes are incredible for a great crankbait that costs less than ten dollars."

The addition of the Berkley Frittside has made Justin Lucas turn to a crankbait more than ever and he's finding success with it. "It is so easy, just to tie it on, cast it out, and start cranking."